Can Big Boxes be Integrated Into Existing Urban Fabric? 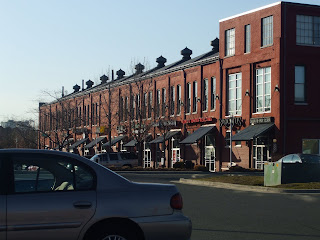 Now here's a hot button issue that can determine a City's marketability to outsiders and residents who may flee for the suburbs. One thing the suburbs have that older Cities like Baltimore don't is land for "Bog Box" retail. Those suburban retail drags that have all the chain store like Wal Mart, Target, Home Depot, Bed Bath and Beyond, Petsmart, DSW Shoes, Staples, Marshalls, Trader Joes, Costco, Best Buy, Office Depot, Dicks Sporting Goods , Toys R US, The Room Store, Linens and Things, 20 Screen Movies Theaters, and the list goes on. 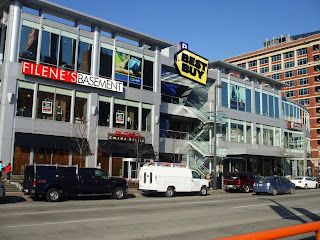 Baltimore City has done a good job in attracting some Big Box style retail within its urban fabric most notably the Office Depot at Pratt and President Sts. and Lockwood Place at Pratt St. and Gay St. that includes a Best Buy and a Filene's Basement with a P.F. Changs and a Panera Bread. 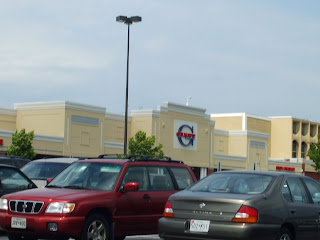 Other sites of Big Box Retail in the city are suburban like roads. They include Mondowmin Mall, Reisterstown Road Plaza, and Dundalk Avenue. There aren't any multiplex Movie Theaters in the city the closest would be the Rotunda in Hampden/Roland Park/Keswick with two screens. Also perhaps the most laughable urban planning failure since civilization; the Wal Mart and Sams Club in Port Covington. I Believe the Sams Club has closed and the Wal Mart may not be far behind. On the drawing board is a Target and Harris Teeter for Canton. Locust Point is also set to receive a Harris Teeter. 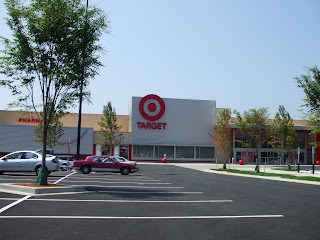 I have done posts on the state of the suburban retail drags that run through the city and how they should be upped in the density category and Port Covington forget it, that's Waterfront Property. For Baltimore, it needs a centralized and established retail district that has the "urban grid" infrastructure to support high density retail typically found in suburban big box centers. 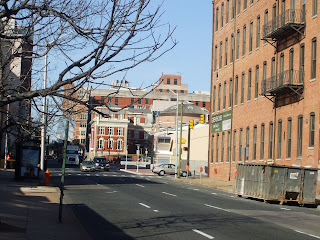 Hey wait a minute? Isn't the Westside of Downtown supposed to be Baltimore's retail district? Why yes I do believe it is and wouldn't you know it? There's lots of vacant and underutilized land and buildings built with the "urban grid" infrastructure. Ladies and Gentlemen Boys and Girls I think we have a match. 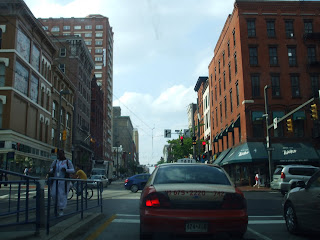 The Westside of Downtown was once the premier shopping destination for Baltimoreans and Baltimorans alike. Lexington and Howard St. was the center of it all with three Department Stores flanking its intersection. Two of the three, Stewarts and Hechts have been converted but the gigantic Hutzler's building remains vacant. This building along with its adjacent parking structure can be easily converted to a few "big box" type stores on the lower floors with offices or residences on the top floors. 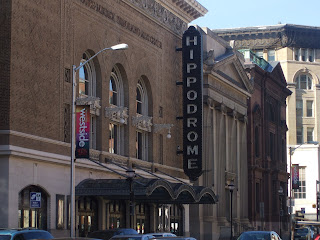 One block north of the Hippodrome on Eutaw St. can be redeveloped into a multiplex movie theater to complement its newly restored neighbor to the south. Further up Euatw, Howard, and Paca Streets there's still more vacant blocks that can be turned into big box retail with underground parking and offices or residences above. 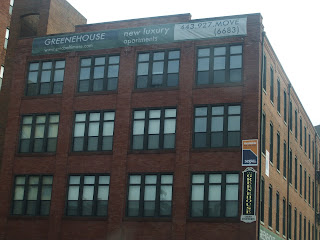 Another project of note in the Westside is "The Residences at Lexington Market" (not shown here)this is slated to be built above a parking garage west of Lexington Market with 3 100 units towers with a mix of condos and apartments and 21 town homes. This will certainly put a more upscale twist on Lexington Market. 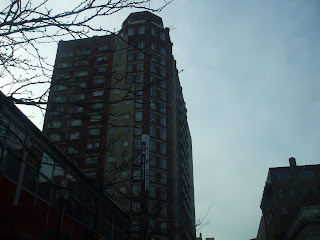 When it's all said and done The Westside of Downtown will Baltimore's retail mecca once again having evolved with the trends of retail it should play host to host "big box" retailers including Dicks Sporting Goods, Toys R Us, Ross Dress for Less, Kohls, Staples, Wegmans, Bed Bath and Beyond, Linens and Things, Costco, Trader Joes, Borders Books and Music, Michael's Arts and Crafts, Wal Mart, Sam's Club, The Room Store, Petsmart, and Ethan Allan. All stores will fit into the existing "urban grid" with underground parking and offices or residences above further expanding Baltimore's skylne.
Posted by Spence Lean at 6:44 PM

Better yet, stick the big box stores in the middle of the ghetto.

They kind of did that with Mondawmin Mall and Reisterstown Road Plaza.

Very Interesting post. Seems not all the big box projects in the city have worked out - e.g. SAMS Club in Port Covington.

Roomstore is a chain of furniture stores. Roomstore operates its on-line sales through the domain RoomStore.com. The company is one of the leading Web's furniture stores. THE ROOMSTORE has numerous warehouses and locations to provide fast quality delivery and good customer service. However, there are many customers who are not satisfied with the company. I learned about this on this great site www.pissedconsumer.com, where I read the complaints.