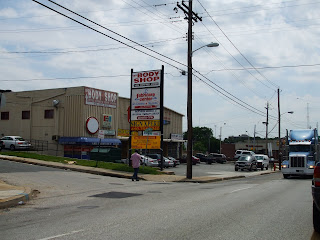 What I call "Upper Reisterstown Road" is as follows; Northern Parkway on the south, Park Heights Avenue on the east, and the County Line on the north and west. The neighborhoods in this area include Glen, Fallstaff, Reisterstown Station, and the Seton Business Park. Upper Reisterstown Road itself is a suburban thoroughfare that contains the area's "retail drag" with urban style developments behind it. The area contains two public schools: Northwest High and Fallstaff Elementary/Middle. It also has the metro subway running through it. 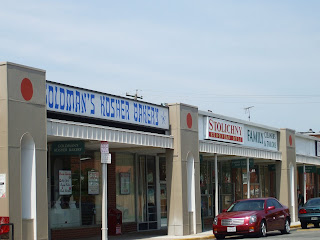 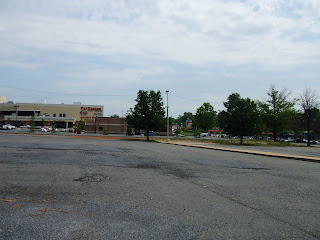 The 1980s brought change to Upper Reisterstown Road. More well to do Black families began moving above Northern Parkway alongside existing Jewish families in Glen and the Metro Subway (at least the portion that runs through here) was built. The Metro runs along Wabash Avenue, Sudbrook Park and eventually I-795. I-795 was supposed to run alongside the Metro between I-795 and Wabash Avenue but that plan was canceled due to resident outcry. Reisterstown Road Plaza had seen its day in the sun as well. It began to have a blighted appearance with vacant store fronts showing up and a lower class of shoppers. 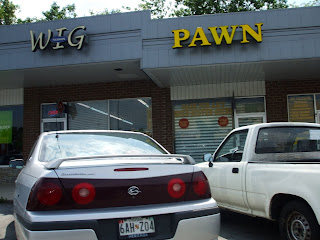 The 1990s brought still more change to Upper Reisterstown Road. While still a solid Jewish and Black area Russian and Latino immigrants began to call Upper Reisterstown Road home. Just south of Northern Parkway there is a burgeoning Jamaican Community. Although the area gained population in the 1990s crime and urban decline had begun to set in. 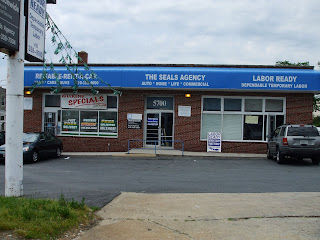 Today, Upper Reisterstown Road is an urban neighborhood with a suburban main street. Reisterstown Road Plaza underwent a major renovation with the addition of a Giant, Marshalls, Home Depot, National Furniture Liquidators, and a Burlington Coat Factory. Pad Sites throughout the property include Applebees, Wendy's, Burger, and a KFC/TacoBell/A&W Foods trio. The interior of the mall still is a "Dirt Mall" with very few traditional mall stores. Between Reisterstown Road and Wabash Avenue lies the Metro Subway, the CSX Lines, and blighted industrial uses that no longer fit the community and Seton Business Park has an outdated design and appearance. Northwest High is in bad shape and a very small percentage of the student body lives near it. Its location has become a burden on the community. 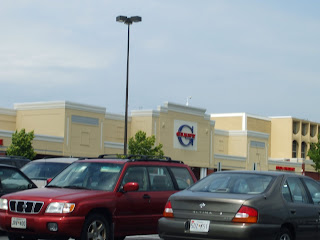 Now I painted a rather bleak picture of a very stable community. I did this, like I do with all my blog posts for a cool and calculated reason; to share and sell my vision for the community. When I look at Upper Reisterstown Road I see a community that's falling short of what it could become. And what could it become? A pedestrian friendly, high density, transit oriented, mixed income urban neighborhood that continues to cater to and celebrate its culturally and ethnically diverse population. 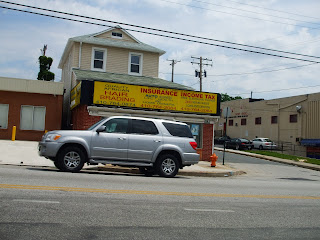 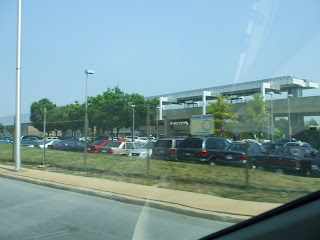 Now on the development front there are many untapped resources that lie within Upper Reisterstown Road. As I've said before there are massive parking lots that can be better used for higher density development. Reisterstown Road Plaza can move all its parking underground and use the land that the current parking lot sits on for mixed use residential, retail, and offices. The same can be done with Fallstaff Shopping Center and Patterson Village. Closer to Northern Parkway there are just free standing buildings that lead to an industrial waste land just waiting for redevelopment. Now Upper Reisterstown Road was never a very well to do area and with the influx of new residents brought by new residential development a greater income mix can be created and a better retail selection that will please existing residents as well, like more sit down restaurants and banks. 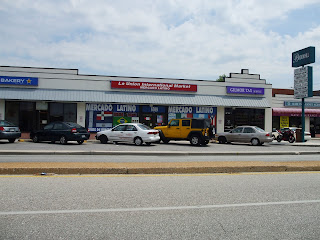 Reisterstown Road itself will become an urban main street rather than a suburban retail drag. It will be narrowed to two lanes in each direction allowing for on street metered parking and a bike lane. It will receive streetscape enhancements like brick crosswalks updated traffic signals with "count down" pedestrian signals, better street lighting and trees and flowers planted along sidewalks and the median. 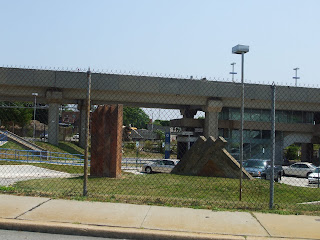 Upper Reisterstown Road may be falling short but with the plan I've put forth it will enjoy a great revival as one of Baltimore's greatest mix of cultures and ethnicities.
Posted by Spence Lean at 8:21 PM

I live right off of Reisterstown Road (corner of 11316 Reisterstown Road) and on my way to 795, I always pass a big, white, historic-looking home and some outbuildings on my left-hand side and have always wondered what it is as well as it's purpose. Any idea? No one I ask seems to know what it is either and I would love to know!

Really got to explore the entire stretch you
are talking about this morning. ON FOOT.
Still many improvements to come lol