Lets Dust Off the Shelves 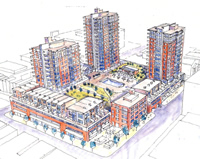 There's no doubt that Baltimore has had to put some development projects on hold because of the great recession and some of those high profile developers (Streuver Brothers Eccles & Rouse comes to mind) have gone belly up. That would make reviving some of these once prospective developments will be that much harder to revive. Now that the economy is showing some signs of improvement some developers who haven't gone bankrupt are dusting off their portfolio shelves and reviving projects they have had to put on hold. 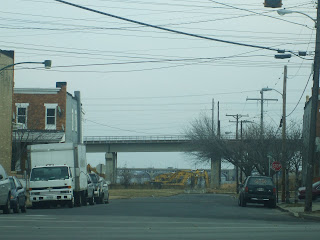 If one drives along I-95 just before the I-395 ramp one can see that Patrick Turner's Westport is beginning its infrastructure improvements to make way for its high density waterfront development with the first apartment building expecting to be completed in the next couple of years. I'm using the continuation of construction of Westport construction as a signal for other developers to begin dusting off the shelves and revive their old projects that I like. Lets take a look down memory lane at some proposed projects that were on hold indefinitely. 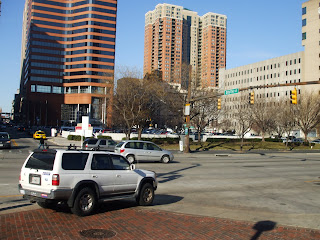 30 East Pratt-Forget Harbor Point and Inner Harbor East, this might be the most valuable piece of undeveloped Real Estate in the City. Where else along Pratt St. in Downtown can you find a vacant lot just waiting for a daring architect to build their dream sky scarper? If you can't think of anywhere else that's because 30 East Pratt is the only place. Sure, there are buildings along Pratt St. that due for major renovations and modernizations to stay current but I can't think of any that need to be torn down and that's the only way to create more vacant lots on Pratt St. in Downtown. 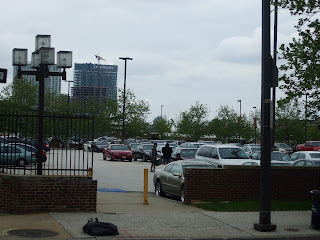 Conway & Light St- This was once part of the McCormick Schmidt plant that graced the industrial Inner Harbor of yesteryear. The Intercontinental Hotel took up a good deal of this space but there is still a vacant lot at the corner of Light and Conway that's used as a pay lot that over charges. There was a proposal to build a sky scraper here that was promised to alter Baltimore's skyline. This modern building is expected be mostly glass and contain a mix of uses including a Hotel, ground floor Retail, and Apartments or Condos. Like 30 East Pratt this is a prime piece of Downtown Real Estate especially when considering how close it its to the Stadiums and Light Rail. 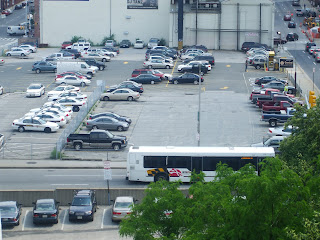 Guilford/Holiday/Saratoga- This little known piece of land at the eastern edge of Downtown what had a proposal to build a mixed use centre that would most likely be Offices and Retail. Located just steps from "the Block" it wouldn't be the best location for Residential uses. Given that there won't be much of a reduction in the amount of vacant office space Downtown especially when considering that Exelon is building its big new headquarters in Harbor Point and that will vacate the Constellation Energy Building. I don't see this project at Guilford, Holiday, and Saratoga getting off the ground anytime soon. It should at the very least still be talked about so it doesn't fall through the cracks. 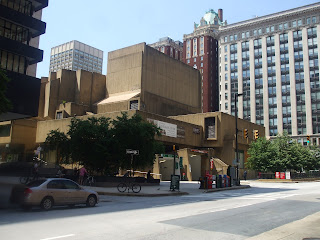 The Mechanic Opera House-The victim of Charles Center Era architecture was shuttered and is awaiting redevelopment. Davis S.Brown Enterprises is looking to redevelop it and reopen the old opera house in a modern venue with Retail surrounding it and a Hotel and Residences above it. There have been pitfalls other than the recession for this ugly building, mainly conversationalists who think its architecture is historically significant. I whole heatedly disagree with them and believe that this prominently located parcel (Charles and Baltimore St.and just steps from the Metro) is holding back a potential revival of Downtown's Charles Center District. I say redevelop the Mechanic full speed ahead.

Vistas on the Lake- Finally a development that takes advantage of Druid Hill Park's breathtaking views. Vistas on the Lake, proposed to be located in Reservoir Hill on a vacant parcel with Druid Park Lake Drive frontage overlooking the lake. Reservoir Hill has been on the verge of a comeback for many years and resurrecting Vistas on the Lake would be give it a huge shot in the arm. Although this project was been shelved due to the recession it was officially taken off the books when HUD claimed that the land it was to be built on had a lien on it that only allowed for Section 8 housing. I think the lien is a hindrance to large scale redevelopment throughout distressed areas of Reservoir Hill and should be lifted if only for the sake of Vistas on the Lake. 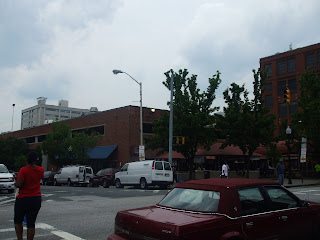 Residences at Lexington Market- The Westside of Downtown has had some modest success stories by rehabbing old buildings but there hasn't been much in the way of new building. The Residences at Lexington Market would have consisted of two high rise Apartment Buildings, a high rise Condo Building and 23 Town Homes all built atop a small parking garage (pictured above.) In addition to being a great asset to Lexington Market these 300+ new homes would have breathed new life into the Retail of Downtown's westside which is still suffering from the flight to the suburbs half a century earlier. This project was supposed to be built by the same developers as Waterview Overlook which had gone bankrupt. I haven't read anything regarding the resurrection of this project. I would love to see this built considering its proximity to both the Light Rail and Metro, this whole area could be a transit hub if done right. 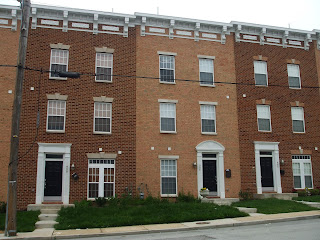 O'Donnell Square- Located in the up & coming Greektown Neighborhood Ed Hale of 1st Mariner Bank Fame had purchased an old industrial swath of land near the recently completely Athena Square Town Homes on Oldham St., O'Donnell Square was supposed to be roughly 1100 units of luxury Apartments and Condos in high rises. What has been built so far without Ed Hale's backing has been 121 Town Homes. Given how well Athena Square sold during the recession, I think this was a wise choice for now. Given how close to the Harbor and Canton this is I would advise that the remainder of the land be used for Apartments & Condos. Supposedly that land is zoned for about 800 additional units but no further development plans have come through as of yet. 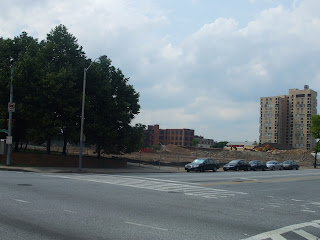 Somerset Homes- This once distressed public housing development was demolished in 2009 to make way for an empty field at least that's what's there now. Then Mayor Shelia Dixon had this development demolished without any real plans or funds to rebuild. The land has been banked as part of a land banking program that former Mayor Dixon had championed. When the Master Plan for the Oldtown Mall area was completed it listed a few different options of varying densities to build on this land. I prefer a mix of high density Apartments and Town Homes with a mix of incomes. Given that East Baltimore is experiencing a rebirth due to the Hopkins Biotech Park and associated residential redevelopment the site of Somerset Homes will become a valuable piece of land. 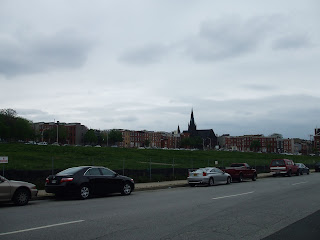 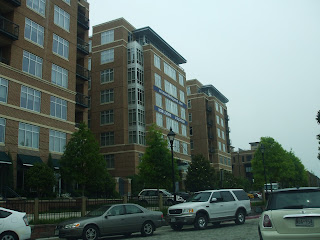 I'm happy to say that the environment for building in Baltimore has become friendlier in the past year although not perfect it's definitely better than it was from 2007-2011 and with that good news it's time to dust off the shelves and revive these and more great projects. 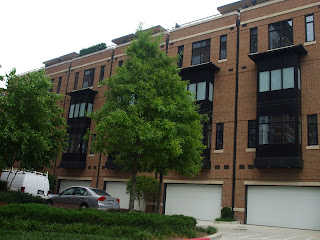 So nice to live any of these buildings. Hope the place is near so that I can visit it. Thanks for sharing this information. :)

Also the Rotunda project (Hampden) is moving forward again, they are scheduled to get DOP approval this winter.

I have talked to folks in Res Hill and they are still trying to have those vacant parcels redeveloped. The HUD issue hasnt caused them to give up yet... I hope they are successful...