The Jones Falls: Front and Center 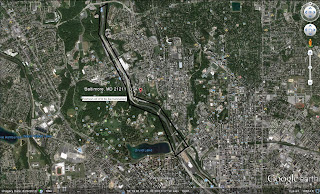 Please note; this post will waste the Tax Payer's money more than the ICC and makes no logical sense. That being said, I'm writing it anyway because of my love for the Jones Falls Valley and Hampden Woodberry. So enjoy the craziness. 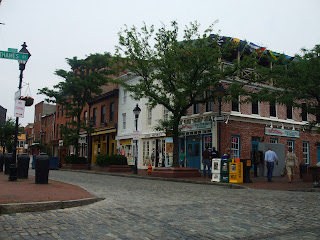 Senator Barb saved Baltimore from two huge freeway projects that would have ruined it. First came the I-83 extension into Fells Point and Canton. I-83 would have roughly run along Boston St in Canton. Would Canton have made the comeback it did if there were an elevated freeway obstructing views of the Harbor? I think not! Same goes for Fells Point. Would Baltimoreans and Baltimorons alike be able to enjoy the new Gwynns Falls trail with I-70 and all its pollution running parallel to it? I think not! Did West Baltimore survive the Road to Nowhere? Absolutely not. 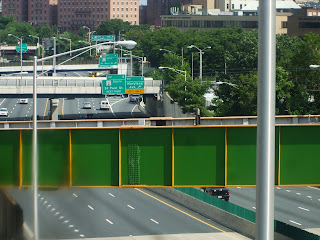 With the exception of the Road to Nowhere, Baltimore's highways haven't been all that intrusive. I-695 was built at the same time as the suburbs which made for a situation that both developers and highway planners had enough land to pursue their respective projects. I-95 was going to intrude on Otterbein and Federal Hill but planners rerouted so that those Neighborhoods wouldn't be torn down unfortunately Otterbein was vacated in preparation for the new freeway which resulted in Dollar Row House Homesteading program. I-83 respected Ruxton by joining I-695 rather than running contiguously from the JFX to the Harrisburg expressway. I-83 for the most part respected the beauty of the Jones Falls Valley except for one part; The Hampden Woodberry area. That is what this post will be about. Hampden and Woodberry used to be just one Neighborhood, the Fallsway helped break the Neighborhood in two while the JFX was the final nail in the coffin for the once unified Hampden Woodberry. 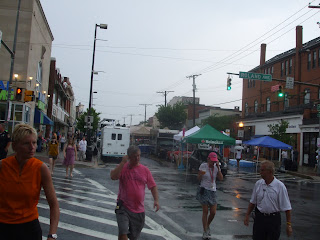 When I look at Hampden I see an emerging Neighborhood that was once a Mill Village but has since become a magnet for young professionals looking to embrace the culture that is Baltimore. 36th St. or "The Avenue" has become the year round showcase for Hampden and just two blocks away on 34th St., the whole street comes to life at Christmas Time. Hampden's once desolate commercial district has become vibrant with independent Businesses and Row Homes that were once boarded up have become occupied once again. 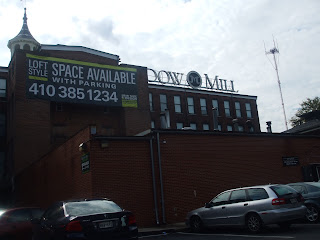 When I look at Woodberry I see a Neighborhood that was devastated by the closure of the Mills that employed the majority of its Residents as well as those of Hampden. These mills include but aren't limited to Meadow Mill, Union Mill, Clipper Mill, Poole & Hunt, and Mount Vernon Mill. Currently there are plans to bring these diamonds in the rough back to life with mixed use developments some of which have been completed while others are in the planning and construction phases. 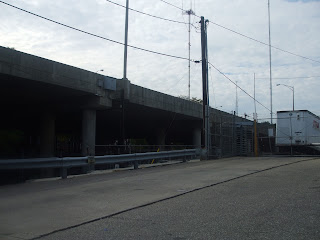 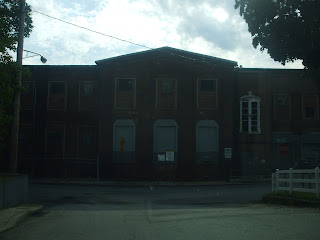 I think it's high time that Hampden and Woodberry be reconnected by tunneling the JFX between 29th St. and Cold Spring Lane. This will unify both Neighborhoods and will allow for new development to occur around the Woodberry Light Rail which will be renamed Hampden Woodberry. As it stands right now both Hampden, Woodberry, and Medfield don't have enough long term housing stock as is to fulfill future growth. I think new development where I-83 now obstructs it is the way to go. In fact the Avenue can be extended all the way to Woodberry so the Light Rail Station and the Mill development won't compete with the Avenue as they will now be one and the same. 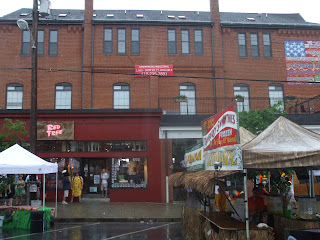 Speaking of the Avenue, a new one can now be created via Clipper Road. In Medifield Roland Heights Avenue. can be extended to meet it while Clipper Road can be given lighted sidewalks that will run all the way to an extended 36th St. Clipper Road will then end at Clipper Mill Road east of where the current expressway is. The Jones Falls will be front and center and the entire Hampden, Woodberry, and Medfield Neighborhoods will be waterfront destinations with the removal of the above ground freeway. The JFX tunnel can also better connect Hampden to Druid Hill Park, another casualty of the building of the Falls Way and now the JFX. 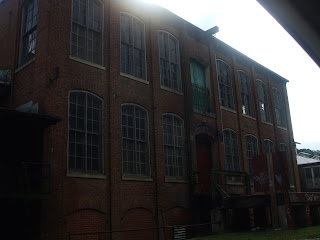 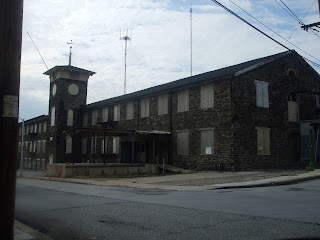 Now I don't condone taking a stretch of the JFX and burying it underground, that would be foolish so as a result the entire content of this post is null and void BUT I don't like how the JFX tears through Hampden and Woodberry and that route never should have been approved. Given its constraints (The JFX) both Hampden and Woodberry are doing great despite the hulking elevated freeway in between the two. I personally would like to see Hampden and Woodberry bridged together and the Jones Falls front and center by TOD at the Light Rail Station but I don't see that happening with the JFX in the way. 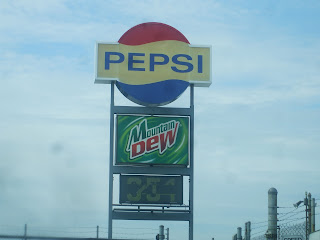 A powerful share, I simply given this onto a colleague who was doing just a little analysis on this. And he in reality bought me breakfast as a result of I found something about fresh water pearl for him. So let me reword that: Thank you for spending the time to discuss this, I feel strongly about it and love reading extra on this topic. If doable, as you grow to be expertise, would you thoughts updating your blog with extra particulars? It's extremely helpful for me. Huge thumb up for this blog publish!If you get a chance pop up by my page, maybe you would like fake pearl necklace.You can visit our freshwater pearl earrings to know more.

Wow so good post i like it so much and i hoipe to visit my blog Cars and it talking about مجلة السيارات thanks again ,,,