Belair Road: A Grower Not a Shower 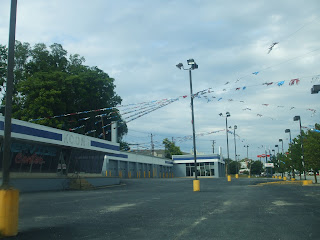 Yes I agree that this is perhaps a lewd name for a post on a Family Friendly Blog but I'm afraid that this phrase describes Belair Road perfectly. Every Neighborhood located along the Belair Road corridor has grown in population yet it doesn't show given all the vacated businesses, especially Car Dealers. I'm going to attempt to get to the bottom of why Belair Road has had its Business District jump ship while located in one of the fastest growing areas of the City outside of Downtown and attempt to figure out how Belair Road can come back. 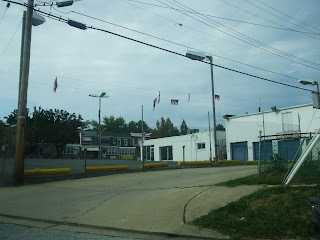 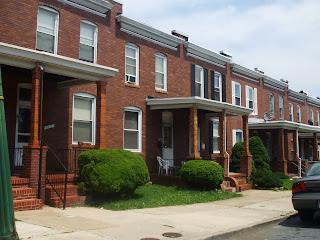 As Baltimore City's population began to decline after World War II, Belair Road was unaffected due to the fact that there was still some new construction available and except for the fact that its over the City line, it's for all intensive purposes, the suburbs. When you think of a City Neighborhood, you think of tightly packed Row Homes, alleys, and not a spec of green space. Does that sound like Belair Road? I didn't think so. Granted, the Neighborhood of Belair Edison (pictured above) is predominantly Row Homes but they have expansive lawns, mature trees, and well tended gardens. Despite having City style row homes, you can tell that Belair Edison was built with the suburbs in mind. 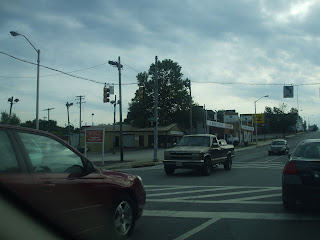 Belair Road remained, for all intensive purposes a suburb while the City that it's technically a part of, fell into shambles. Baltimore as a whole was plagued with population loss, drugs, crime, disease and unemployment. As Retail trends changed with the redevelopment of the Harbor, Belair Road was still the destination for City Dwellers to buy cars. Finally, the ever growing suburban Car Dealers got the best of Belair Road in the late 1990s and early 2000s. Car Dealers began pulling out of Belair Road which had become small lots in comparison to what was in the suburbs. It was then that Belair Road began to look like it was actually part of the City instead of the suburbs. Belair Road was landlocked so new construction would only be possible by redeveloping what's already there. However, the suburbs appeared to have an endless supply of land. 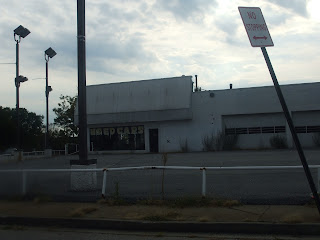 The exodus of first rate Car Dealerships from Belair Road made the area look like a ghost town. Sure used car dealers and "second chance" dealers opened in the place of some but they look tacky and appear to be short lived. Some Neighborhoods along Belair Road began to experience an uptick in crime. As crime increased and the foot traffic along Belair Road decreased as well as vacant storefronts and abandoned car lots, Belair Road was officially part of Baltimore. This decline also begged the question; Was Belair Road loosing population? 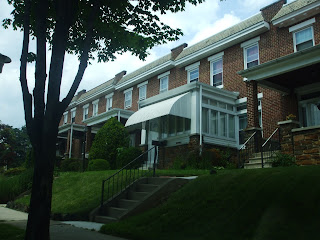 When driving up and down the main road, one might begin to think so. But are there any signs of urban decay when you turn down any residential street (pictured above) along Belair Road? That is a big fat NO! It appears that every Neighborhood that has Belair Road frontage (Belair Edison, Waltherson, Gardenville, Frankford, Glenham Belhar, Cedmont, Overlea) are worthy of being show case Neighborhoods that rival any older suburban Neighborhood. If Belair Road was in fact loosing population there isn't a single boarded up house to show it. Before saying whether or not Belair Road was growing or shrinking I decided to consult the 2010 census. Below is what I have found. 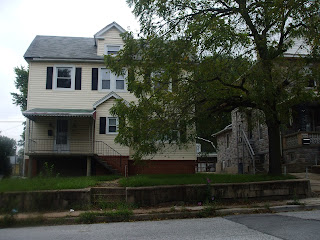 Belair Road is still growing! Despite a desolate Retail Corridor, every Neighborhood that I listed in the previous paragraph has posted an increase in population between 2000 and 2010. Now given that the Neighborhoods of Belair Road are growing but the road itself suggests otherwise, I think it's high time that the uses along Belair Road itself change to reflect the very real growth of its surrounding Neighborhoods. Lets  Belair Road a Grower and a Shower. Below is what I have in mind. 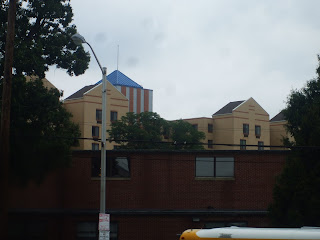 What I have in mind for Belair Road is what I have in mind for all of Northeast Baltimore; Green Line and TOD. For those of you who don't know what the Green Line is it's the Metro Subway that currently runs from Owings Mills to Johns Hopkins Hospital. Currently the MTA is actively pursuing an extension from Hopkins to Morgan State University (pictured above.) In the very distant future, there are plans to extend the Green Line past Morgan State University up Perring Parkway through Mount Pleasant Park into Fullerton, Perry Hall, White Marsh, and Middle River ending at Martin State Airport. This is a very ambitious undertaking and will be VERY expensive due to the fact that any extension of the Green Line MUST be Heavy Rail. It would make sense that the MTA get its money's worth when this expansion does eventually happen. So what does the Green Line expansion have to do with Belair Road? 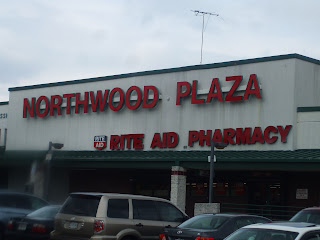 I personally think the proposed route for the Green Line does not promote ridership. Once it's past Morgan State Univeristy and Northwood Shopping Center (pictured above) it doesn't go through any real Neighborhoods until it leaves the City. Perring Parkway runs through Mount Pleasant Park. How much ridership can you get from a park? Not very much. So, what can we do about it? Reroute the Green Line into Northeast Baltimore? I think so! Once the Green Line has its stop at Morgan State University it should then make an easterly turn down Argonne Drive before going Northeast up Harford Road catering to the Neighborhoods of Lauraville, Hamilton, Beverly Hills, Mayfield, Belair Edison, and Arcadia. Then it should turn easterly yet again down Echodale Avenue to Belair Road where stops can serve the Neighborhoods of Waltherson, Glenham Belhar, Cedmont, Frankford, Gardenville, and Overlea. THEN it will go into the County and serve Parkville, Perry Hall, and White Marsh. 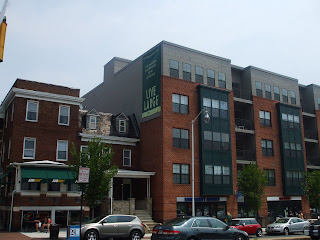 This rerouted Green Line can open up new TOD sites for Belair Road. I suggest that this new route be adopted and the land vacated by the numerous car dealers along Belair Road be acquired and redeveloped as High Density TOD. I think this will usher in new life to the aging Corridor and bring in new investment such as sidewalks, biker lanes, and streetscape enhancements. On the Retail spectrum, I would like Belair Road to be similar to Harford Road especially when it comes to the new Restaurants popping up in Lauraville. Given that Belair Road is a middle class area, I think it can support nice independent sit down restaurants. On the TOD end, I would like Belair Road to resemble what Charles Village (pictured above) has become. 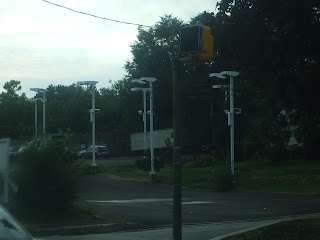 I think even without the Green Line's help (Towson and Lauraville don't have Rail Transit) Belair Road can be a grower and a shower. I repeat, I apologize for the lewd reference but I think it describes not only the condition of Belair Road today, but an equally lewd reference describes what I hope Belair Road becomes tomorrow. 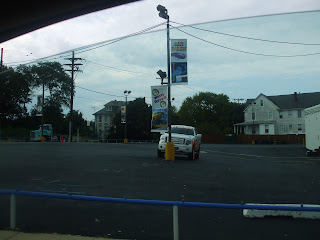