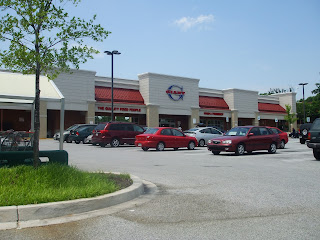 It's hard to believe that in Baltimore, a City plagued with food deserts that a food monsoon exits within the very City Limits of Baltimore. It's true though and that food monsoon is located in none other than North Baltimore. North Baltimore has always had suburban characteristics to it with the exception of Hampden so it's not surprising that Grocers would flock to that area verses say East Baltimore where (if you're lucky) the blocks are filled with tightly packed high density row homes. 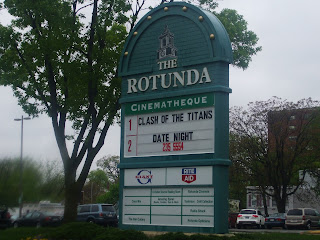 Now let me take this opportunity to tell you about what I mean by Food Deserts and Food Monsoons. A Food Dessert is a part of the City that is barren of quality Supermarkets. Examples of this may include Wilkens Avenue, Park Heights, and Cherry Hill. In the middle are what's called a Food Oasis where there are Supermarkets but not an over abundance of them, this includes Fredrick Avenue, Canton, Inner Harbor East, Federal Hill, and South Baltimore. Finally there's North Baltimore which falls under the category of Food Monsoon where there's an over abundance of Super Markets, with more to come. 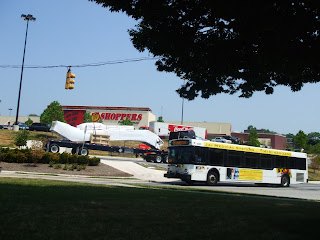 So this begs the question; what Supermarkets are in North Baltimore that earn it the title of "Food Oasis?" Well there's the Target & Shoppers at Mondawmin (pictured above), the Whole Foods in Mount Washington, the Giant in Hampden, the Safeway in Charles North, Eddies of Charles Village, Eddies of Roland Park, the Belvedere Market, the Giant in Waverly, and the Safeway in Lauraville. That's not including Farmers Markets, Drug Stores, Convenience Stores, or Corner Stores. North Baltimore despite pockets of low density, is quite walk-able which allows for Residents to shop at a multitude of Supermarkets without driving to them even if on a map of the City, it appears further away. Despite the walk -ability of North Baltimore, the vast majority of Residents have at least one vehicle at their disposal. 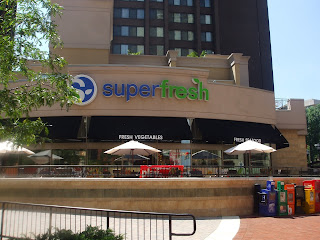 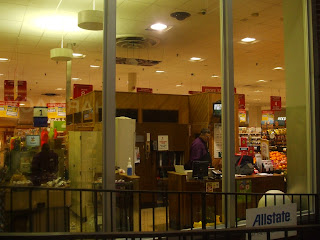 First there's the obvious, the Rotunda. The Giant leaving left a big hole especially for Residents of Roland Park Place who find that the new Giant at Greenspring Tower Shopping Center is too far for them. Whatever store "replaces" the Rotunda Giant won't actually "replace" it by occupying the same 41 year old 33,000 square foot space. As I'm sure you're aware, there have been plans to redevelop the Rotunda for years now and this is where and when the replacement Grocer comes in. Usually when redeveloping a Grocery anchored Shopping Center bigger is better so it seems easy to assume that a larger Grocer would replace it. 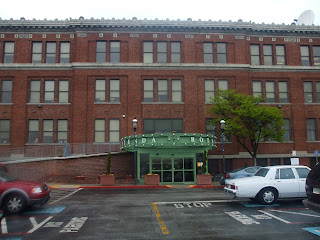 Well if you assume that you're wrong because the developers of the Rotunda would like a 10,000 Square Foot Grocer. This had made contenders for the coveted title of the Rotunda's nervous because that's simply too small at least according to Graul's who is neck and neck with MOMs and the Fresh Market to replace Giant post redevelopment. Graul's, if given a lease would like 20,000 square feet. The Fresh Market agrees that that's just too small. MOMs appears more at ease with the idea of 10,000 square feet although having been to the one in Jessup, I feel that it's larger than that. 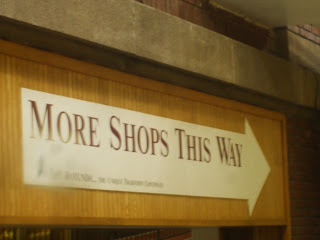 Although a "Boutique Grocer" has been what Residents have wanted for the Rotunda, it begs the question even at 10,000 square feet; Aren't there already enough Boutique Grocers in the area? Already there's the Mount Washington Whole Foods, Eddies of Roland Park and Charles Village, and the Belvedere Market. How much of a hit would these Grocers take? To be honest, the Rotunda's VERY small Supermarket which ever it ends up being probably won't be a real threat to any of the existing Grocers for the mere fact that it's just so small and that North Baltimore is the most well to do area in the City, in fact if the Grocer were to double to a whopping 20,000 Square Feet I wouldn't bat an eye. 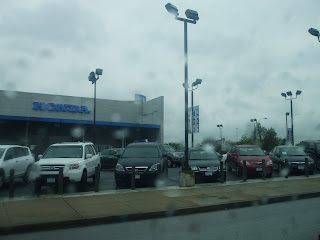 Meanwhile in Remington, there's a large redevelopment project that has people on both sides of the isle up in arms. The project, known as 25th St. Station is to be located at the former Andersen Auto Group site after their move to the suburbs. They sold their land to the developer but have since asked that the sale be nullified. 25th St. Station was originally supposed to have a Lowes, Wal Mart, Staples, Ana's Linens as well smaller tenants as well as Residences making it a Mixed Use Project. Lowes and Wal Mart would be multi level and built around a parking garage. 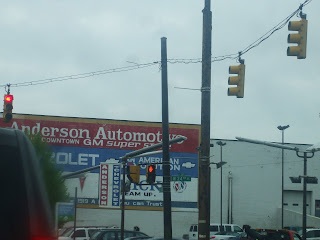 25th St. Station however is hanging on by a thread. Lowes has pulled out of the project, no word on whether this has effected Staples and Ana's Linens, attempts to lure another tenant in place of Lowes have been unsuccessful, Wal Mart is committed to staying on but its attempt to be a purchaser of the land with the developer has sent the Sellers (Andersen Automotive Group) into a tailspin of law suits and attempts to annul the sale of the land. Although I like the concept of 25th St. Station I'm not too keen on having a Wal Mart suck up all the business from Supermarkets throughout North Baltimore. Wal Mart Super Centers go soar way past 100,000 Square Feet and carry everything known to man. Unlike the Rotunda Grocer I think Wal Mart is a huge threat to the area. 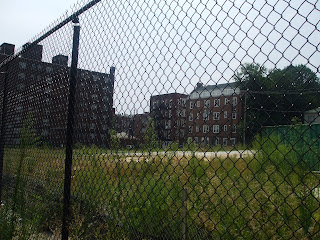 Last but not least there's Charles Village. I have written about the ill fated Olmstead at Charles Village and how its proposed $700,000 condos were hit by the economy and the site across St. Paul St. from Eddie's remains vacant. What I haven't written about (because I just found about it) is that the site is finally going to be developed. It will either be Apartments, Condos, or Student Housing. I seriously doubt that if it's Condos that they will cost $700,000. Olmstead, surrounded by all the Retail along St. Paul and being less than a block away needed no anchor. That being   said neither should new development. So why then, is this project slated to be anchored by none other than a Grocery Store? 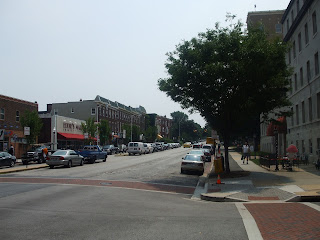 Luckily this new project is in its infancy and the Retail aspect of it is subject to change. Eddie's, which does a widely successful business is worried that another Supermarket will put them out of business. Given Eddie's super star status in North Baltimore I highly doubt that another Supermarket will put them out of business. That being said, I don't think it's wise to add another one in Charles Village. I think the new Supermarket doesn't stand a chance against Eddie's. Eddie's may lose some business but nothing too drastic. I also don't know how large the proposed space is for the new Grocer. Shoppers at Eddie's when interviewed for The Baltimore Sun were in favor of a Pharmacy going there stating that's a niche in the area they feel is unfilled. Personally I could see a Pharmacy co-anchoring the St. Paul St. Retail Strip with Eddie's in Charles Village. The two would complement each other quite well. 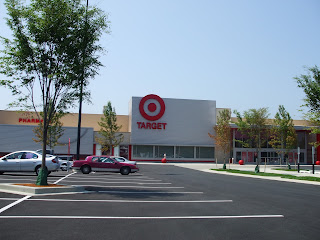 In North Baltimore, the status of the Supermarket scene is that of a Food Monsoon. If all these new Supermarkets do in fact open the monsoon could flood the competition and turn the area into a Food Desert. It will take some careful and diligent planning to keep all stores open for business and successful.
Posted by Spence Lean at 10:53 PM