Taking the State out of State Center 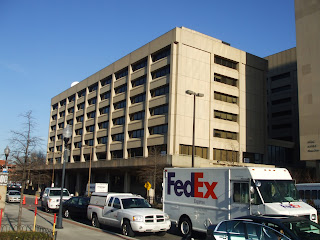 State Center is one of the biggest redevelopment projects in the City of Baltimore on the books. It promises to bring in true TOD and connect the Light Rail and the Subway. It will replace old obsolete Office Buildings that house State Offices, it will replace surface parking lots with real development, and it will usher new high quality mixed used development in an area of the City that desperately needs it. So why hasn't this project gotten off the ground and gained momentum I mean it's been close to ten years and not a single bot of building has occurred. Well.... 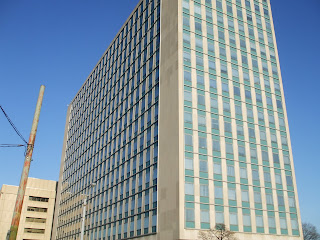 To be blunt, we're broke. The State of Maryland is acting as developer and financier for this project that has a price tag of $1 Billion plus. That money doesn't include proposed tax breaks to lure businesses to build there which will hinder the State's ability to make that money back seeing as they will still own the land. It will also be hard to fill up the Office Buildings other than those used by the State because Downtown as a whole has a high office vacancy rate. The City also might not be able to absorb the large amount of Apartments and Condos proposed in the project. With large developments like Harbor Point and the 1,000 Apartments and Condos proposed in Greektown, the City already is experiencing a boom in new housing construction. In addition, I haven't even gotten into the all the lawsuits this project has been plagued with since day one, and the State isn't exactly winning these suits either. 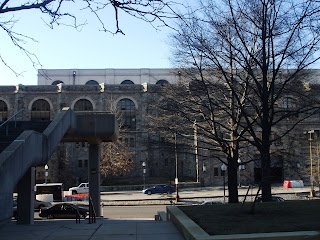 So does this mean that State Center is doomed? Well I can't say for sure and I would be very unhappy if that were the case. So with that being said, how do we revive it? As the title suggests, I'm proposing taking the State out of State Center. What that means is doing just that. One thing we know for sure is that the State is broke and that the Office Buildings on site are obsolete. Another thing we know is that the Office Building vacancy rate Downtown is high. 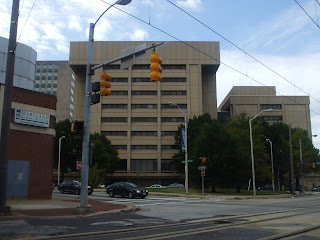 My solution would be for the State to wipe its hands clean of the whole project. Given the high Office Vacancy Rate Downtown, the State Offices can easily be absorbed by existing space. That leaves the entire State Center sight empty right? Right. Now the State can sell the land and to private developers who aren't financing the project through our tax dollars. Granted there maybe subsidies granted by the City and the State but the actual cash to build it will be private money. 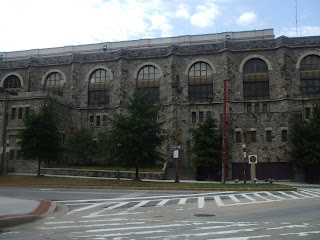 I would also suggest breaking up the site into parcels. The site is so big right now that it would scare off developers if were to be auctioned off as a whole. I'm sure developers would gladly buy up small pieces of the site for future development. Now why future development? Well, the market just isn't ready for big an influx just yet, we're coming out of a recession and there are many mixed use projects coming coming down the pipeline. If the State Offices were moved throughout Downtown the demand for additional Office Space could go up because the overall vacancy rate would go down. This course of action I believe would help the market and make the State Center Project take off quicker at least in the Office space realm. The finished product will be almost identical to State Center with the State still in it, the only difference would be the deletion of the State Offices. 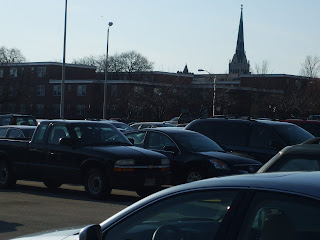 Now, is State Center dead? Nope, just as long as way take the State out of it.
Posted by Spence Lean at 8:00 PM