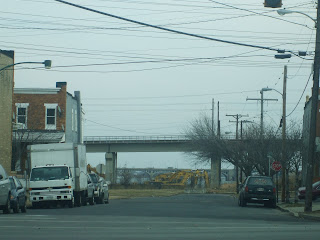 Although Patrick Turner's Westport Development is in lingo, it will eventually happen. Turner might not be able to call all the shots but as waterfront land becomes more and more of a rarity it WILL happen. That being said, I feel obligated to turn your attention to the Neighborhood of Westport. Westport is currently in a blighted state and has been that way for quite some time. Residents have been waiting for Patrick Turner's Development to commence so that they may benefit from the redevelopment. My question to the Westport Neighborhood is; Why Wait? Lets prep the Westport Neighborhood now. 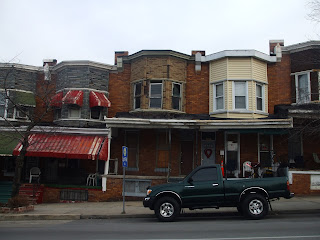 Westport's Waterfront began as a heavy industrial zone with its most famous uses being the BG&E Plant and the Lowry Glass Factory. The Row Homes located in the Westport Neighborhood were built as housing for the workers in the industrial waterfront. As the 20th Century wore on the Neighborhood began to decline as factories in the area began scaling back their workforce in favor of cheap overseas labor and the advent of computers. 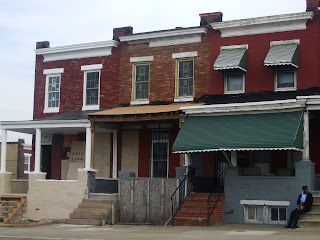 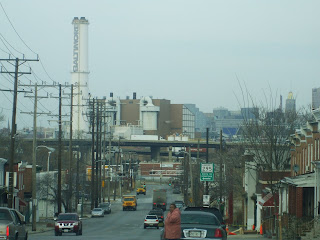 First lets look at Annapolis Road, the Community's Main St. Though mostly Residential, there are some commercial uses spread throughout. Other Neighborhoods with defined Main Streets such as this have applied for the City's Main Street Program which allows for beautification grants to improve building facades as well as streetscape enhancements. There are also banners that say; "Main Street Where Baltimore Happens." I think this is a perfect for Annapolis Road in Westport. That will up the excitement level and allow for the road and its buildings to be improved. 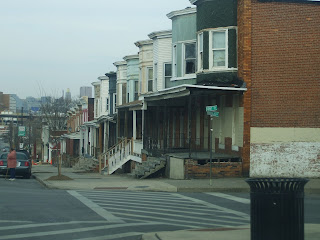 Now how should we establish these streetscape enhancements? Well first the roads in Westport are long over due for new pavement. Next, the sidewalks are due for fresh cement as and erosion issues caused by water leaks should be fixed. Traffic Lights, way finding signs, A Community Gateway Signs, street lights, benches, and trees will all be overhauled in favor of new fresh ones. This will show potential home and business owners that the City is committed to the Westport Neighborhood not just the waterfront. 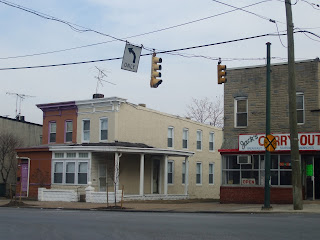 Next, we should establish a small Commercial District. I see that the largest concentration of Commercial Businesses is located at Annapolis Road and Wenburn St. I think a plan to move Commercial Business here to act as a Retail Hub would be beneficial. Given that Wenburn St. begins as exit ramps from the BW Parkway, it acts as a Gateway to Westport. It should also receive streetscape enhancements across Annapolis Road to make it one of the visual connecting points between the existing Westport Neighborhood and the new Waterfront. This should be true for streets that parallel Wenburn St. as a well but given Wenburn's status of "Retail Hub" it gets top priority. 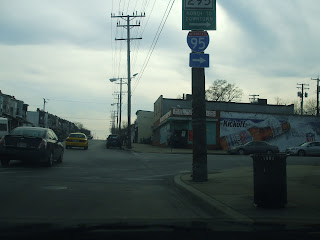 The backbone to prepping the Westport Neighborhood is growth. Westport has experienced more than its fair share of population loss and it has the boarded up row homes to prove it. Something has to motivate people to invest in Westport other than the promise of a redeveloped waterfront. The low housing prices are a start but the high cost of rehabbing a house that's been vacant for as long it has is a major drawback. But suppose that house you buy is at a cost of $1? The dollar row house program has been a vocal part of gentrifying almost every waterfront Community in the City, so why should Westport be any different? There should stipulations to the $1 row house program such as the owner must qualify for a loan that will cover the costs of a full rehab, the owner must occupy the house, the owner can not buy and rehab the house for flipping purposes. 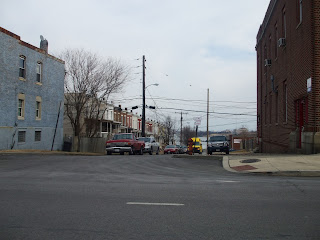 One big goal of the Westport Neighborhood should be (and probably is) would be to seamlessly integrate itself within the new waterfront development. The fact that I have to distinguish between the two as I write this post shows that this hasn't happened. A big contributor to this is the obstructive Light Rail and CSX Tracks. I think while in Westport (and other parts of the City as well but Westporrt especially) the Light Rail tracks need to be tunneled. Right now if the tracks aren't moved and the Waterfront is built, there will be a right side of the tracks and the wrong side of the tracks. This doesn't scream integration does it? In addition the Light Rail tracks, the CSX tracks should also be tunneled between Waterview Avenue and Manokin St. Unfortunately, the overhead power lines will have to stay above ground. 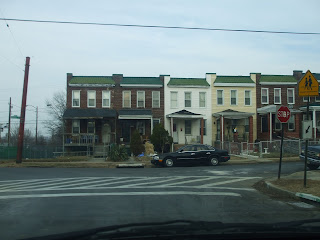 Even as the promise for a redeveloped waterfront is showing signs of movement, it's time to prep the Westport Neighborhood and integrate it into one thriving Community.
Posted by Spence Lean at 10:00 PM