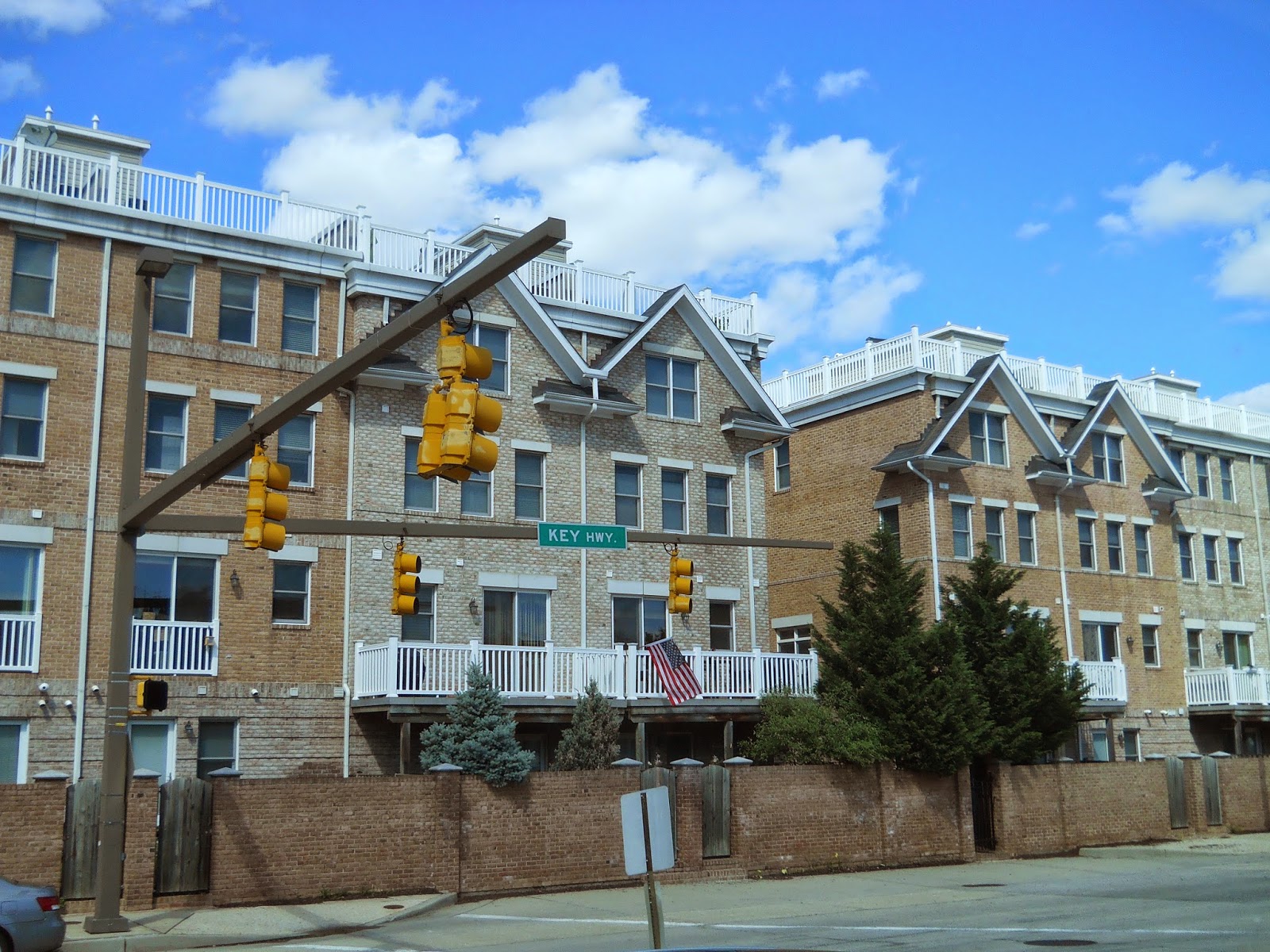 The face of Key Highway has changed considerably over the past 20 years. After closing in 1984 the Bethlehem Steel shipyard lay vacant and rotting for several years before the construction of the Harborview Tower in 1993. This 29 story condo tower was the first of its kind and was way ahead of its time. The developers of Harborview knew what they were doing though. Throughout the 2000s, Harborview expanded with a low rise condo building and 88 very large town homes. Shortly following was the construction of the Ritz Carlton Residences although the economic downturn of 2008 stalled construction and prices dropped from seven figures to a mere six figures. Both Harborview and the Ritz Carlton Residences are gated Communities. 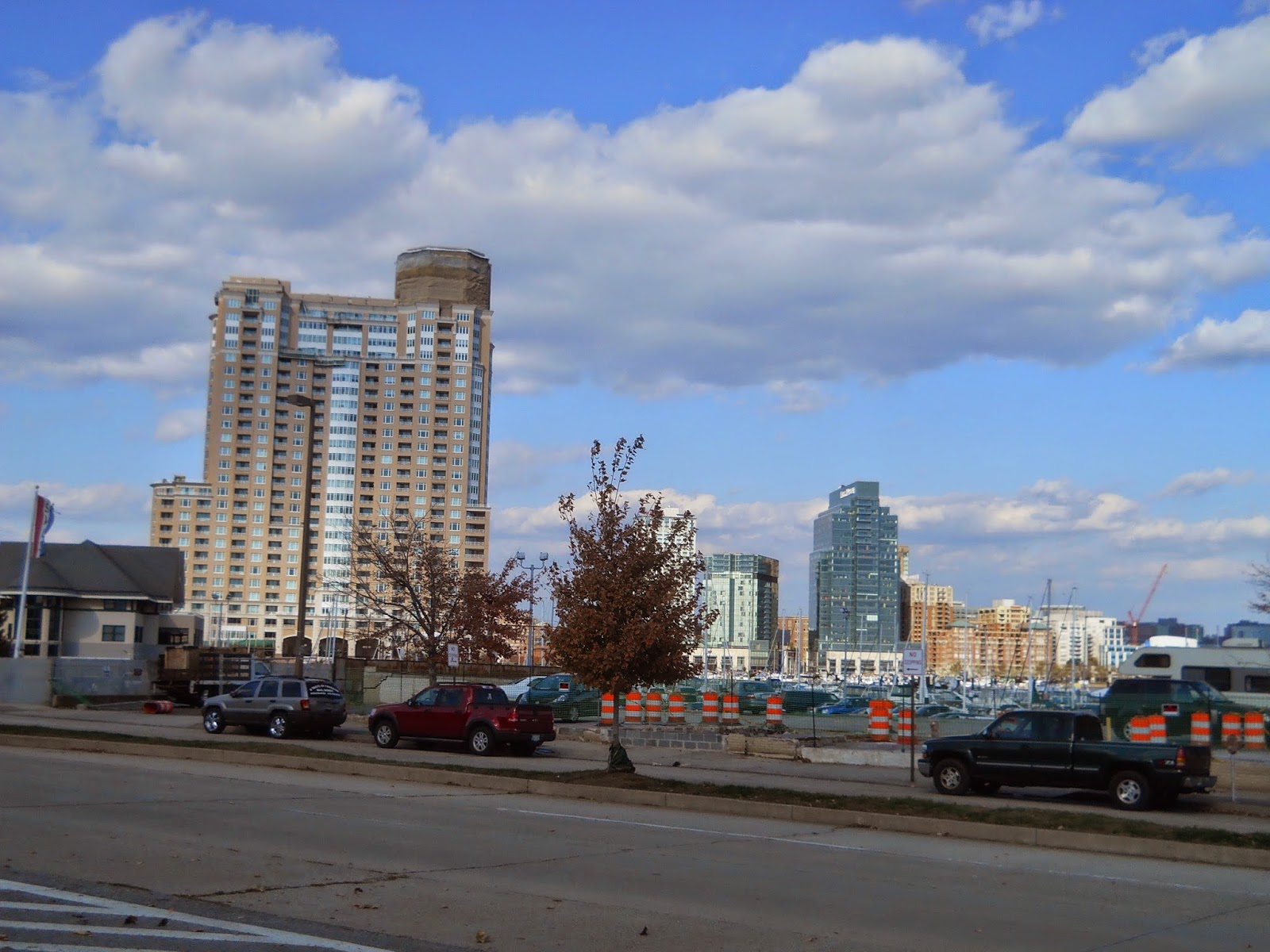 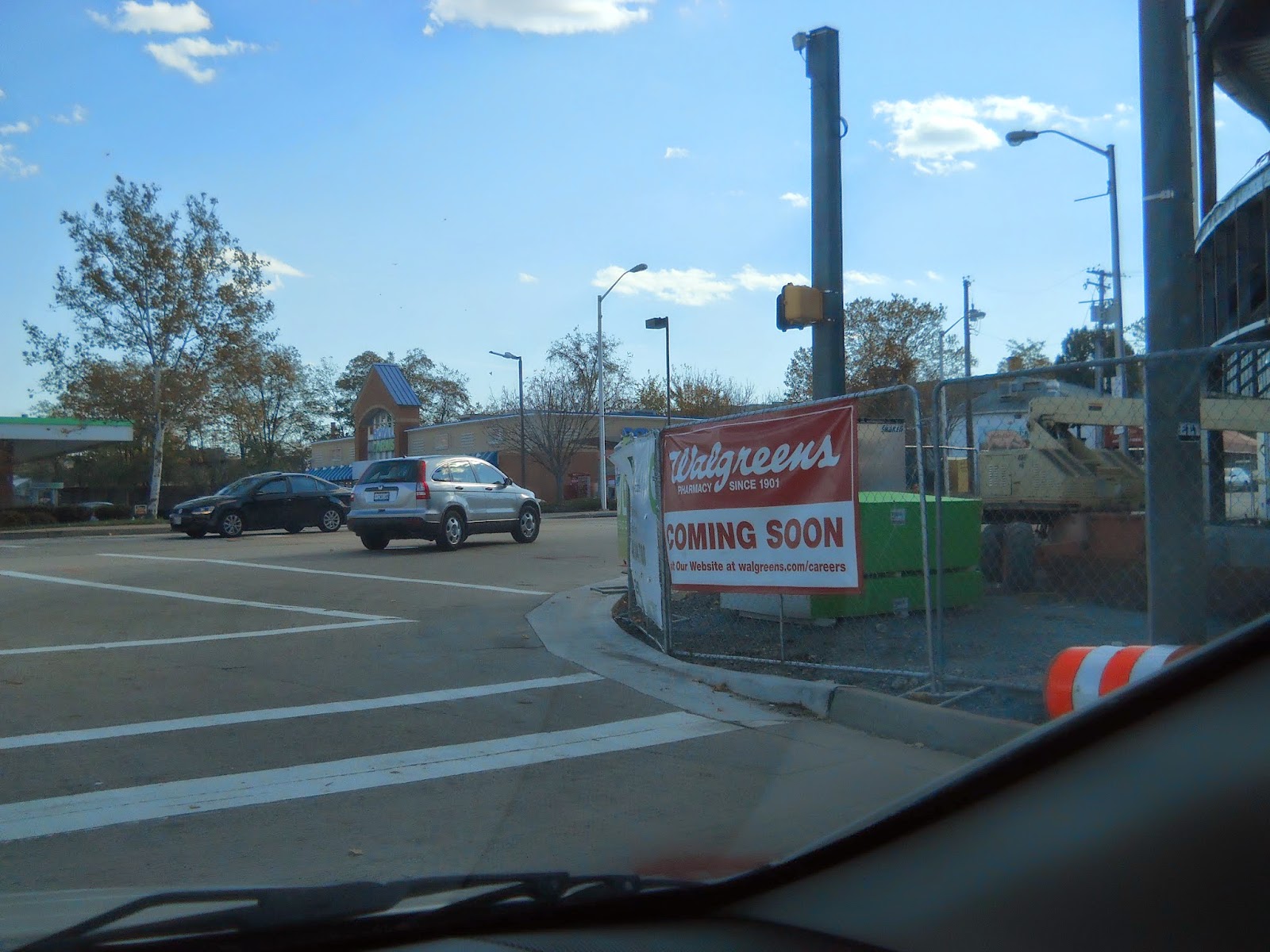 Like most areas of the City, Key Highway is in transition. There are still remnants of its industrial past and vacant lots that can be developed or redeveloped. In doing so, the walkability of Key Highway can be improved upon vastly. In keeping with my "give credit where credit is due" theme of this post, the City released a Master Plan for the Key Highway Waterfront addressing these issues. The plan talked about restricting building heights (no walls of high rises) and not blocking sight from Federal Hill. 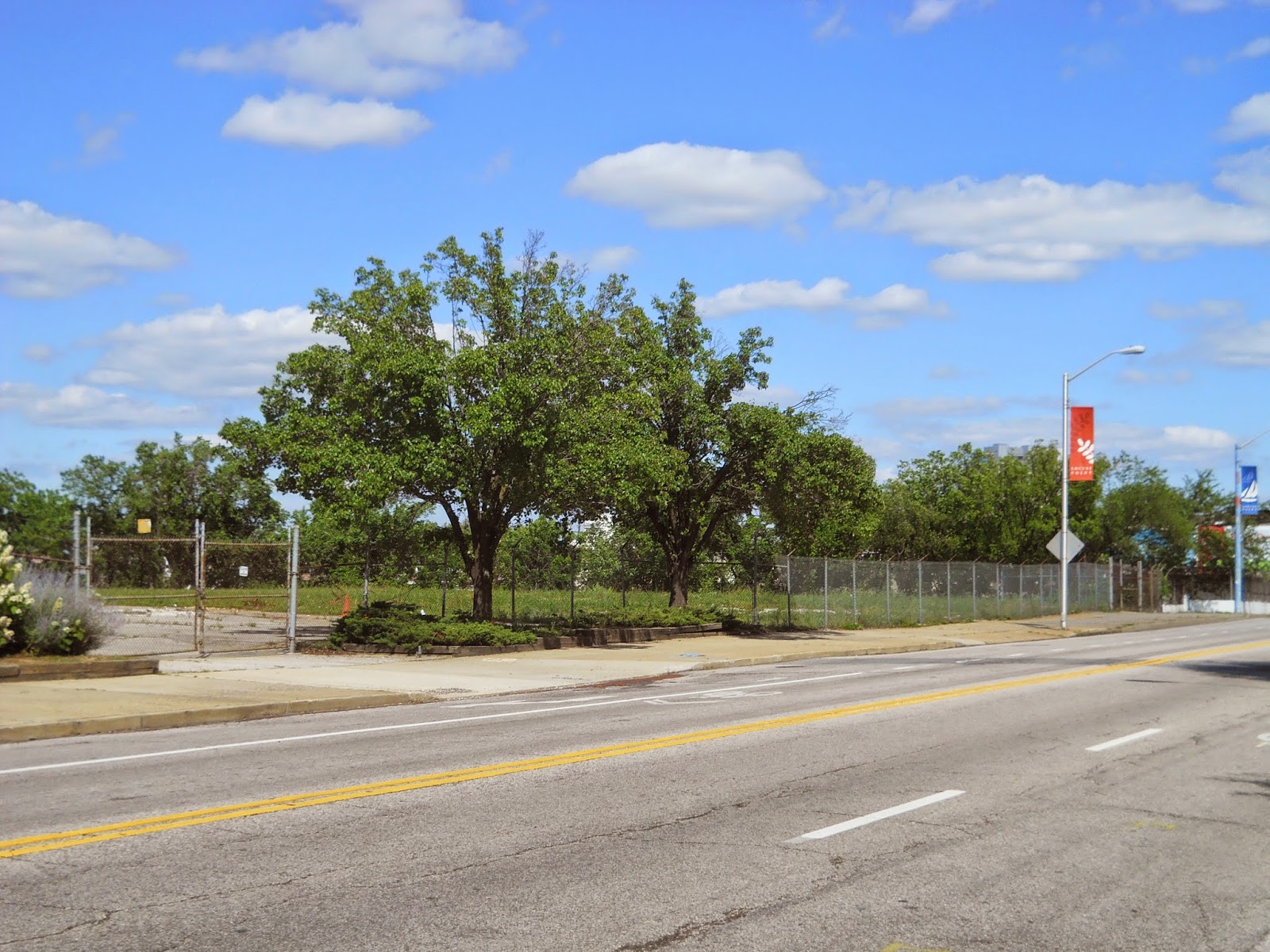 Though there has been lots of development on Key Highway, there are still vacant lots. For instance, Harborview is far from complete. There are two parcels directly adjacent to the 29 story Harborview high rise. When the market turns around, construction will commence on the ultra upscale "Pinnacle at Harborview." Pinnacle is the scaled back version of what was to be two high rises both of which were to be 26 stories. Since this goes against the "the no wall of high rises" approach, Pinnacle was dropped down to 17 stories. There are no plans as to what the height of the third building will be. Pinnacle and most likely the third building on that lot will be gated which will only add to the lack of walkability that Key Highway has grown accustomed to. How about from here on out we shy away from Gated Communities on Key Highway? 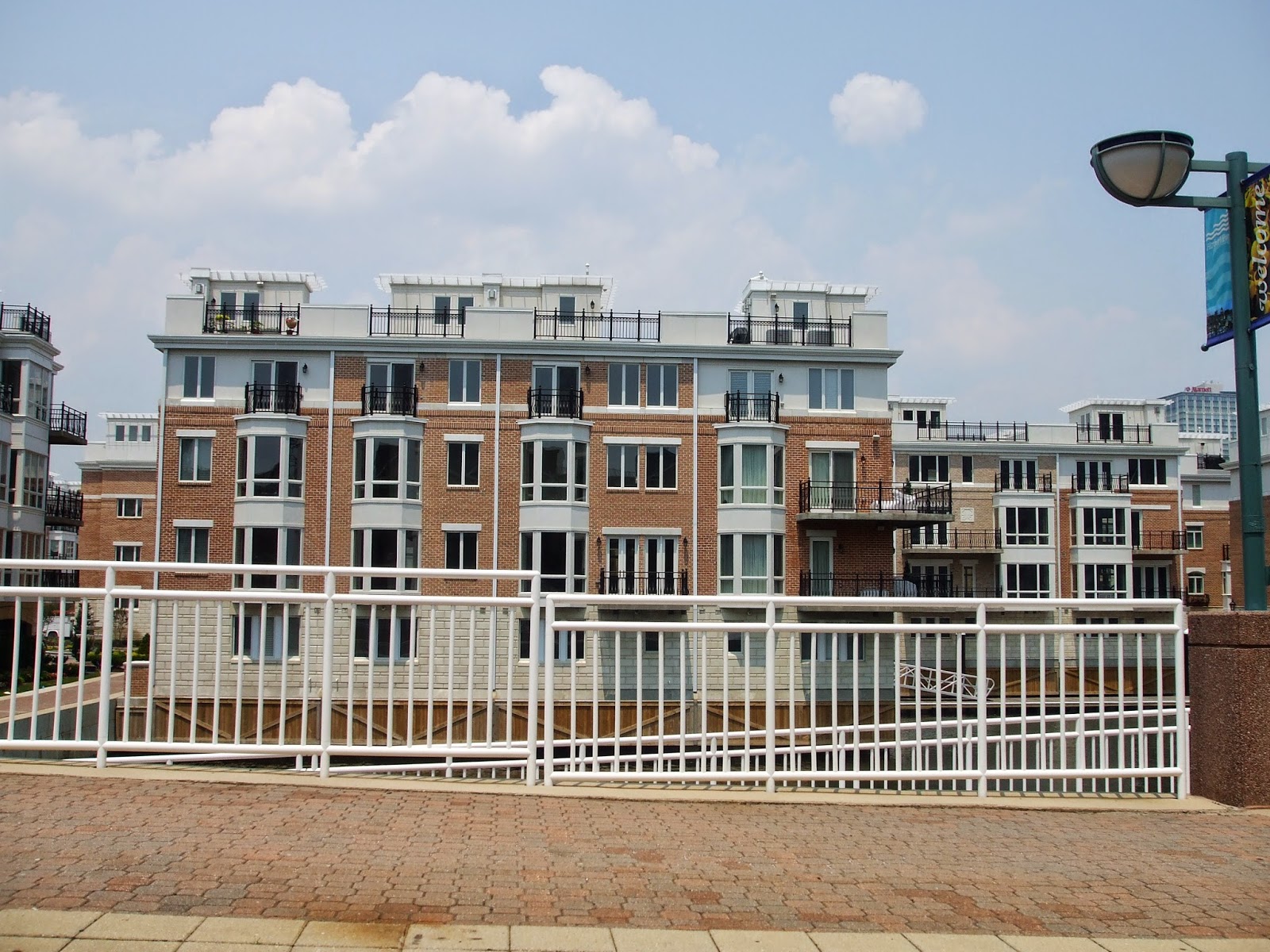 With that in mind, lets take a walk down Key Highway to take a look at develop-able parcels. First there's Covington St. across from Harborview and Digital Harbor High School. There are plans to put a high rise on this very narrow piece of land. I do not support this and neither does the South Baltimore Community. What I do support is 3-4 story mixed use buildings that look like Federal Place Town Homes right behind them. The only difference is, these will have ground floor Retail that faces Key Highway. In that same area are two pieces of triangular land both with blighted uses that could be suited for 6 Story Apartment Buildings with ground floor Retail. 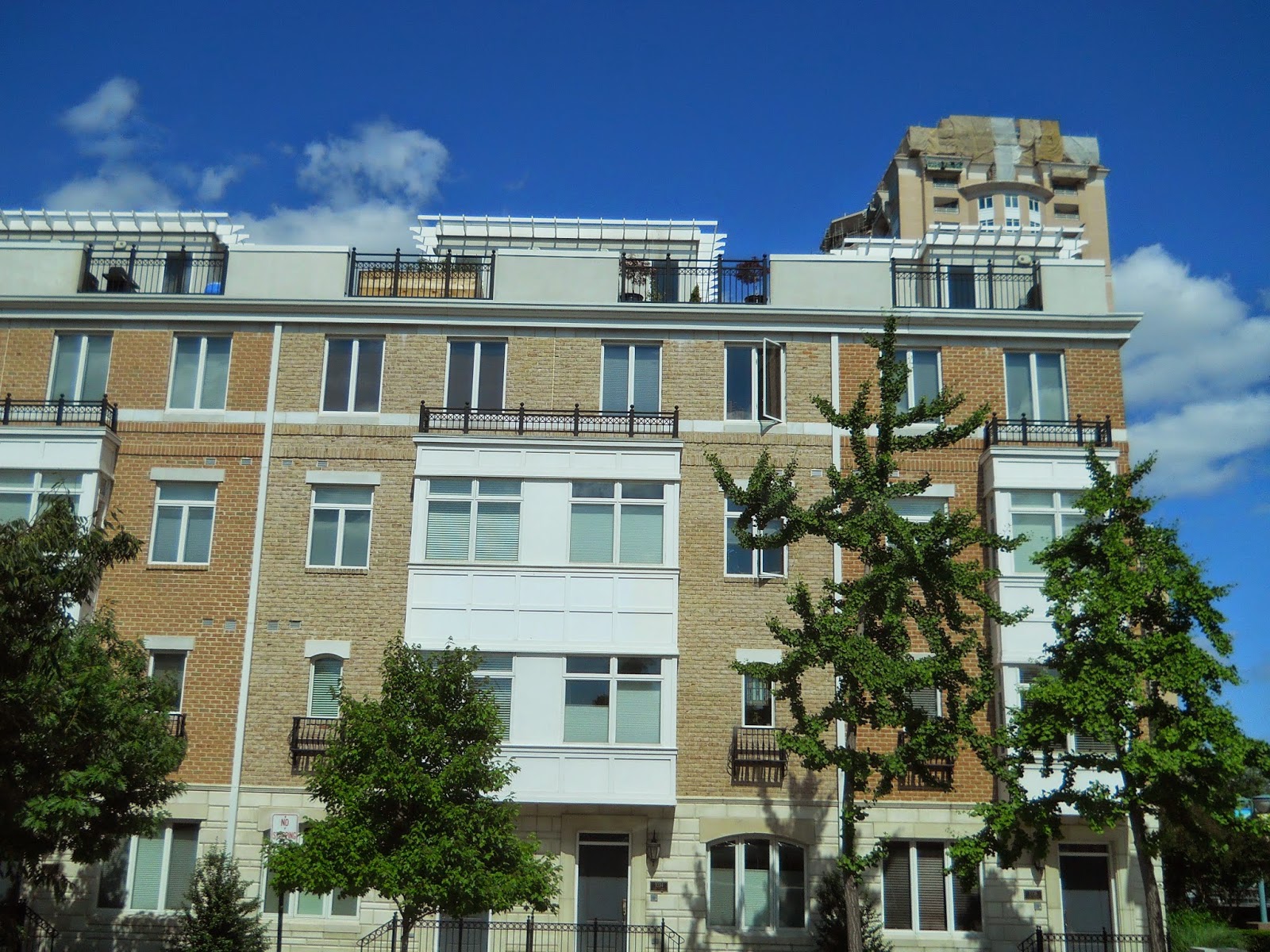 Between Harborview and Little Havana (which is under going a large renovation) is a parking lot that is part of the Harvorview Property waited to be developed. That could make a 7-9 story building with ground floor Retail along with half of the empty warehouse next to it. The remaining half of the empty warehouse could be demolished to give a better view of the water to Clement St and Webster St. Residents. Webster St. and Clement St for that matter could both made into a walkways to the pier. 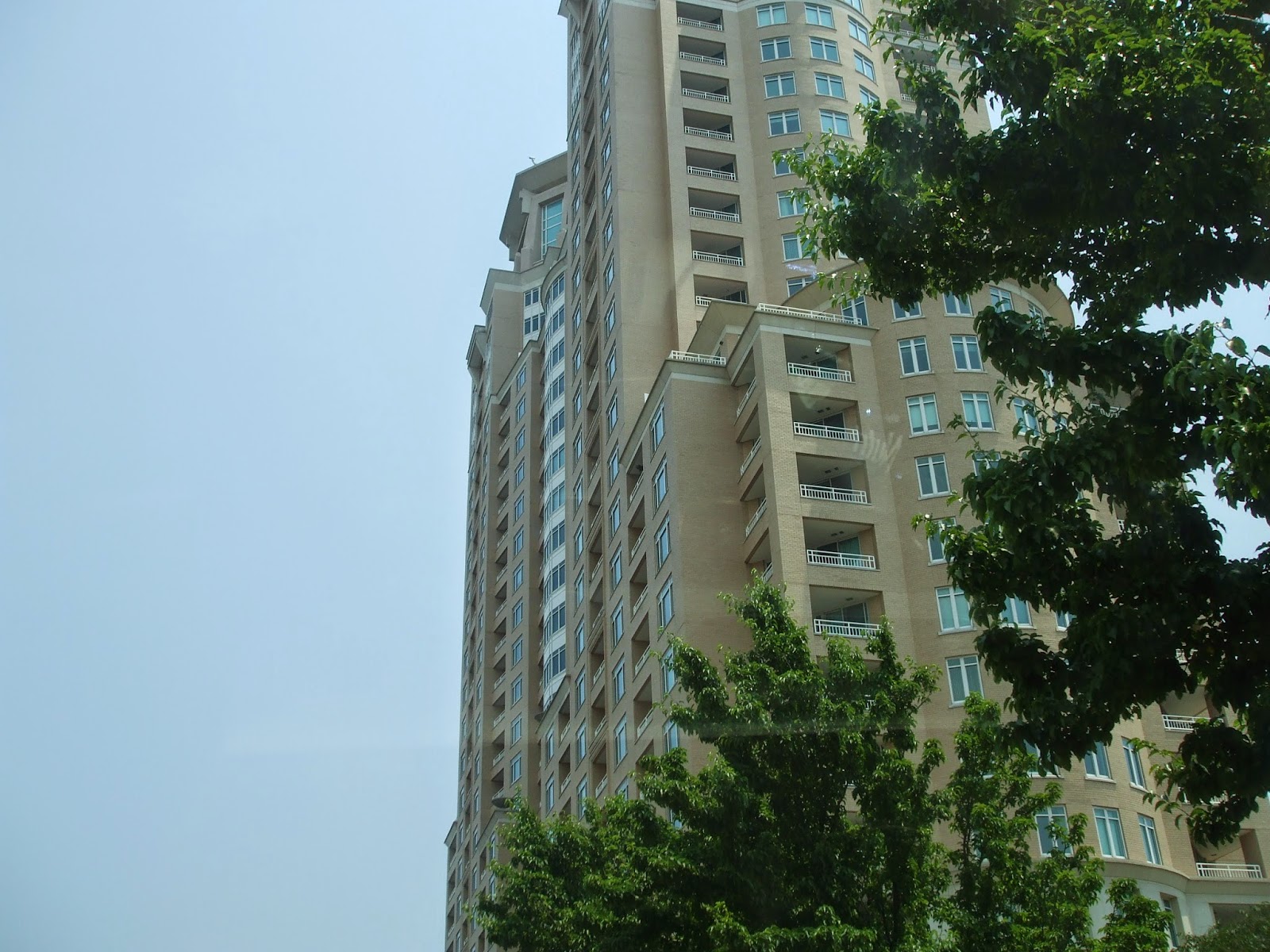 On the other side of Webster St., there's a narrow piece of property that would make for a good 12 story high rise. A building this tall would only work here because there it wouldn't obstruct the view of the water from other buildings. In order to ensure walkability on Key Highway, the Fire Department Repair Shop next to Museum of Industry would have to be demolished. In its place, another building with Apartments and Condos but it would only be 6-8 stories. There's a 9 story building going up at the former General Electric sight so making this building taller than 9 stories would obstruct the view. Both of these buildings will have ground floor Retail. 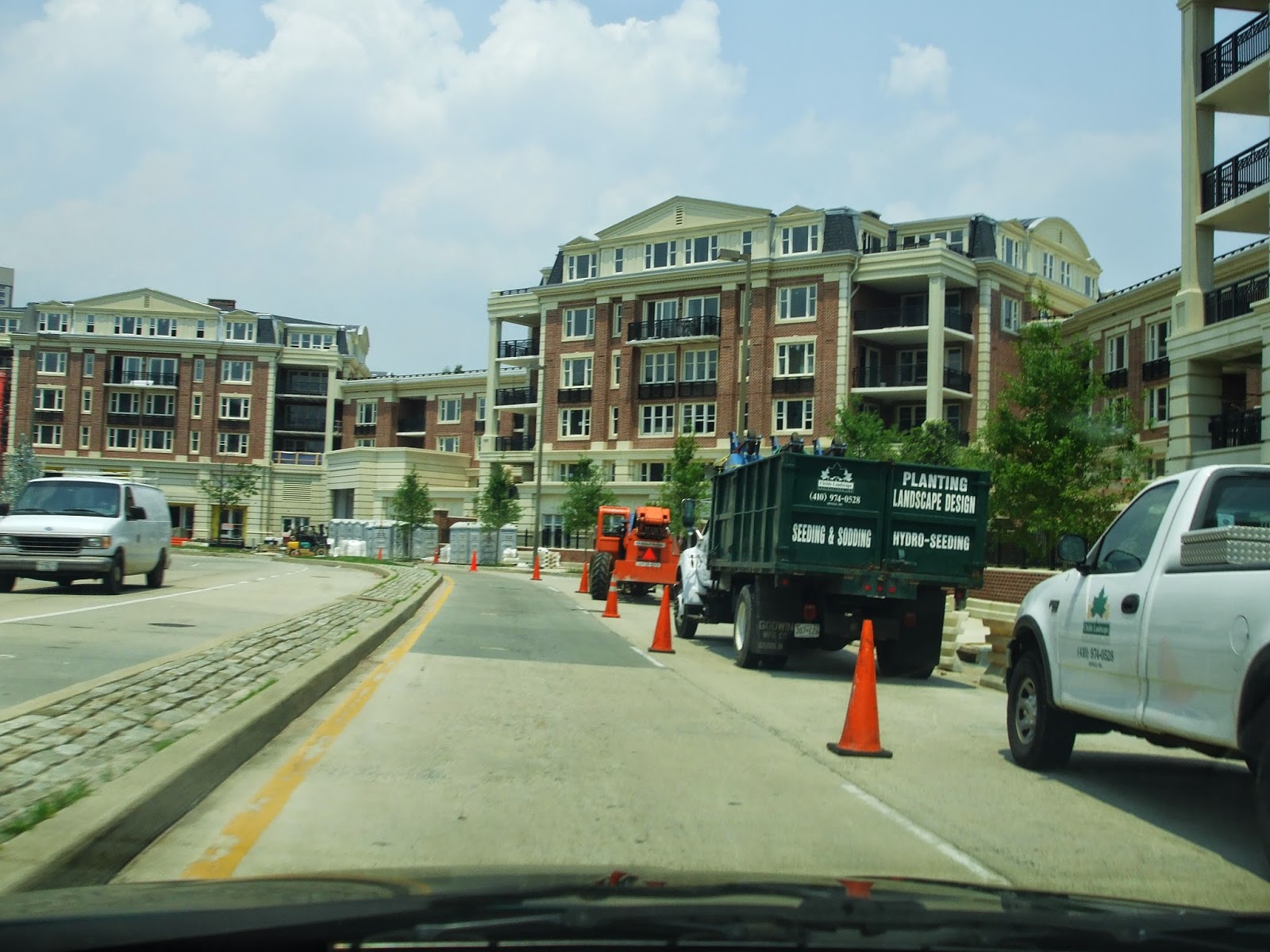 As for Key Highway itself. the road is due for a makeover. This includes fresh asphalt pavement, red brick crosswalks, more stylish street lights, pedestrian signals where there are none and to replace the aging median strip with fresh red bricks and new plantings. This doesn't make Key Highway anymore walkable per-se but it creates a more welcoming environment than what it is there now and how welcoming the environment is translates into how walkable the Community is. Stay tuned for my next article in the series.
Posted by Spence Lean at 11:21 PM