Marketplace at Fells Point: A Delicate but Worthwhile Endeavor 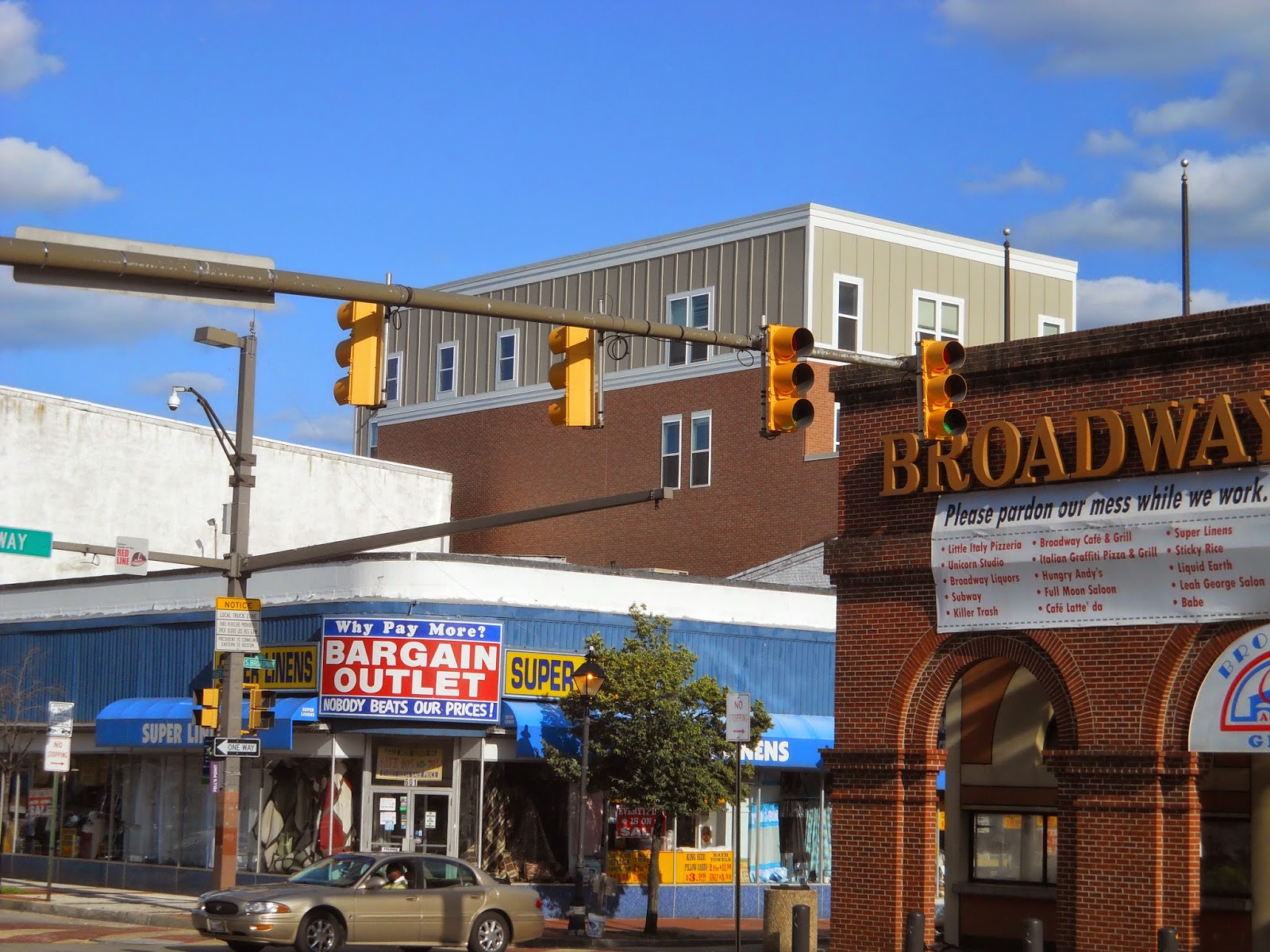 Although the Inner Harbor was the turning point for gentrification along the waterfront, Fells Point was ground zero for Residential Gentrification. At the time, there weren't really any Residences in the Inner Harbor area as the site for Inner Harbor East was nothing but surface parking lots. As Fells Point began to gentrify, two areas became known as the crowns & jewels of Fells Point; Broadway (the two blocks in which the Broadway Market is located) and Thames St. due to its waterfront access. 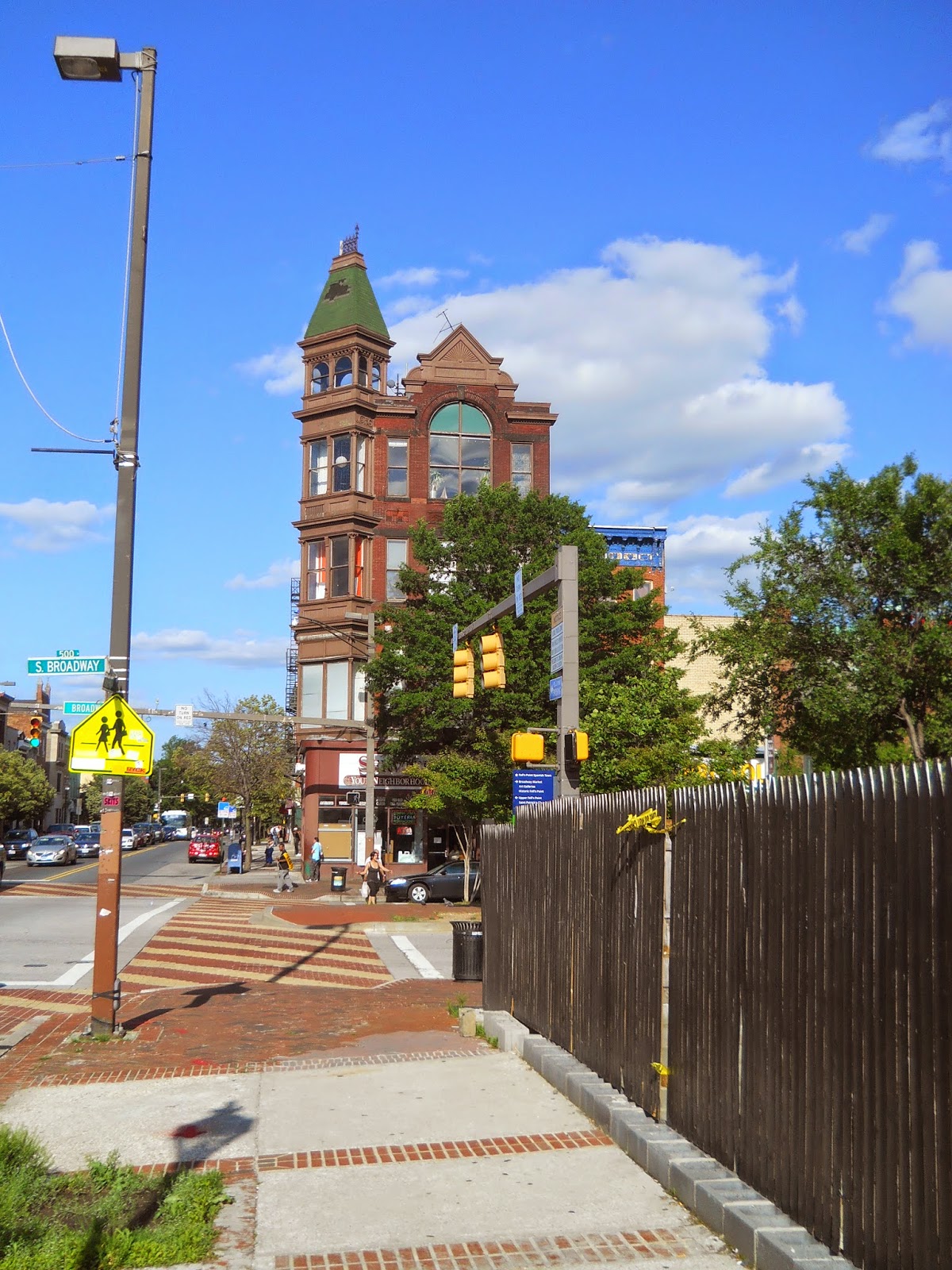 The gentrification of Fells Point spread like wildfire to Little Italy, Canton, Patterson Park, Butchers Hill,  Greeektown, Brewers Hill, Historic Jonestown, Inner Harbor East, Federal Hill, Locust Point, Otterbein, and South Baltimore. A lot of these Neighborhoods had ample space for new construction. This is something that Fells Point doesn't have. Larger Retailers have no choice but to go to newly constructed shopping areas like Canton Crossing, McHenry Row, and Inner Harbor East. Thames St. does have lots of great Retail and Restaurants but their footprints are only so big. Could Fells Point be losing its shine? It would certainly take a delicate but worthwhile endeavor enhance the Neighborhood. 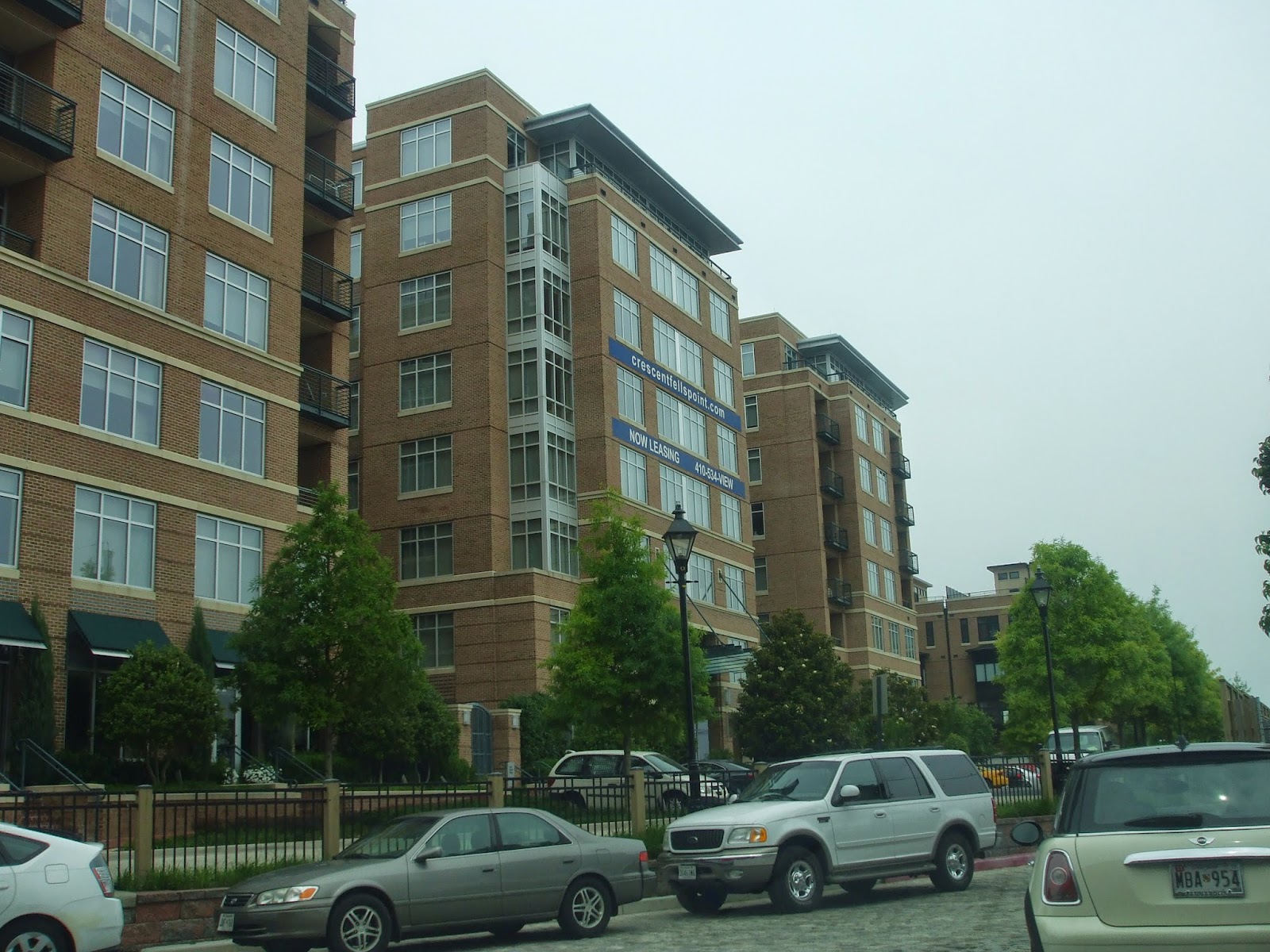 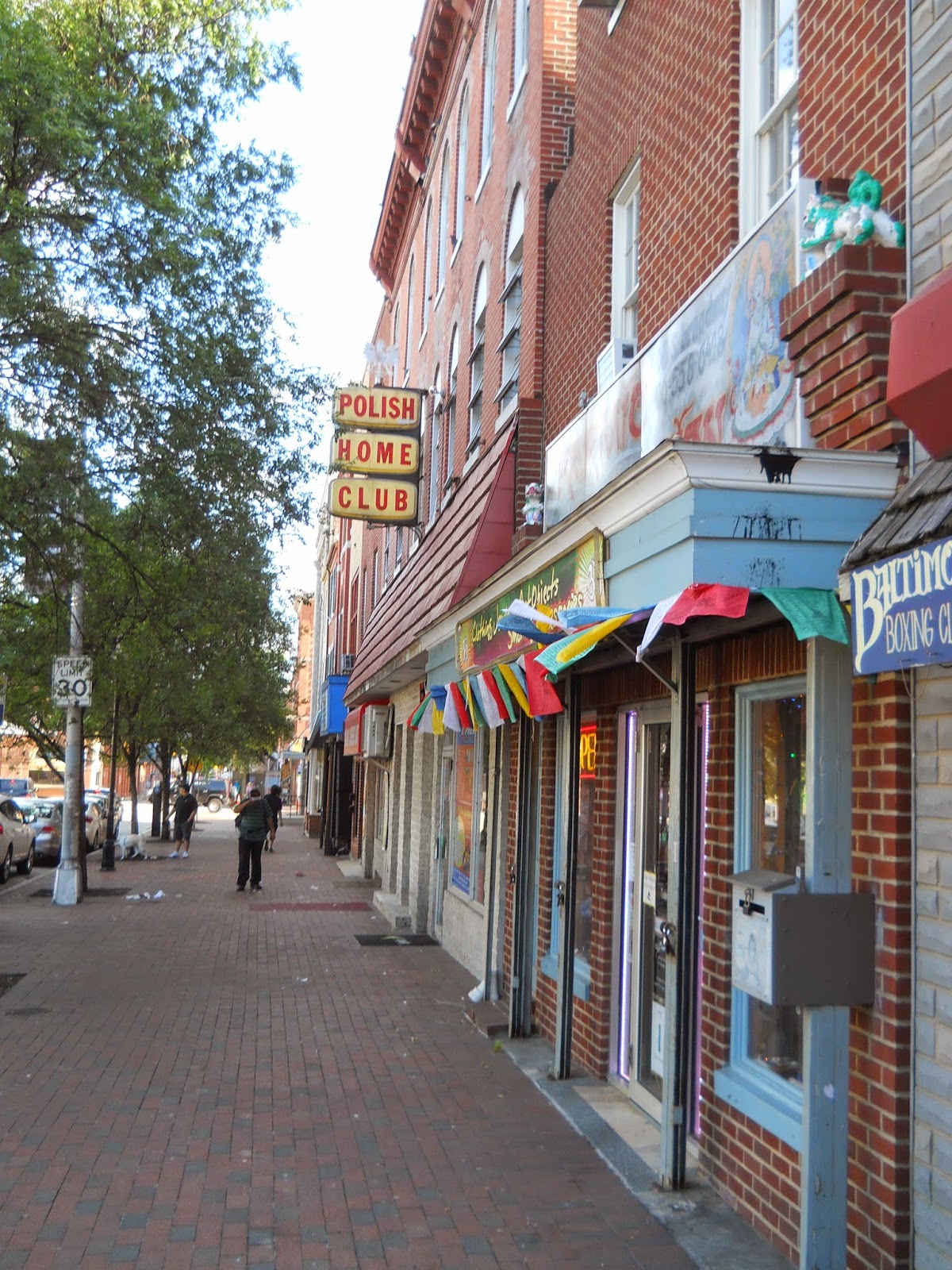 Well not exactly, you see the 600 block of Broadway was once one of Fells Point's show case blocks. It's just a few blocks away from the water and Thames St. It's also just block north of the 700 block of S. Broadway where the Retail is much livelier. Perhaps the most important reason that the 600 block of S. Broadway isn't conducive to new construction is because the historic Boradway Market is in the median of this block (as well as the 700 block.) It should also be noted that the facades in the 600 block are well preserved and demolishing them would not be beneficial. 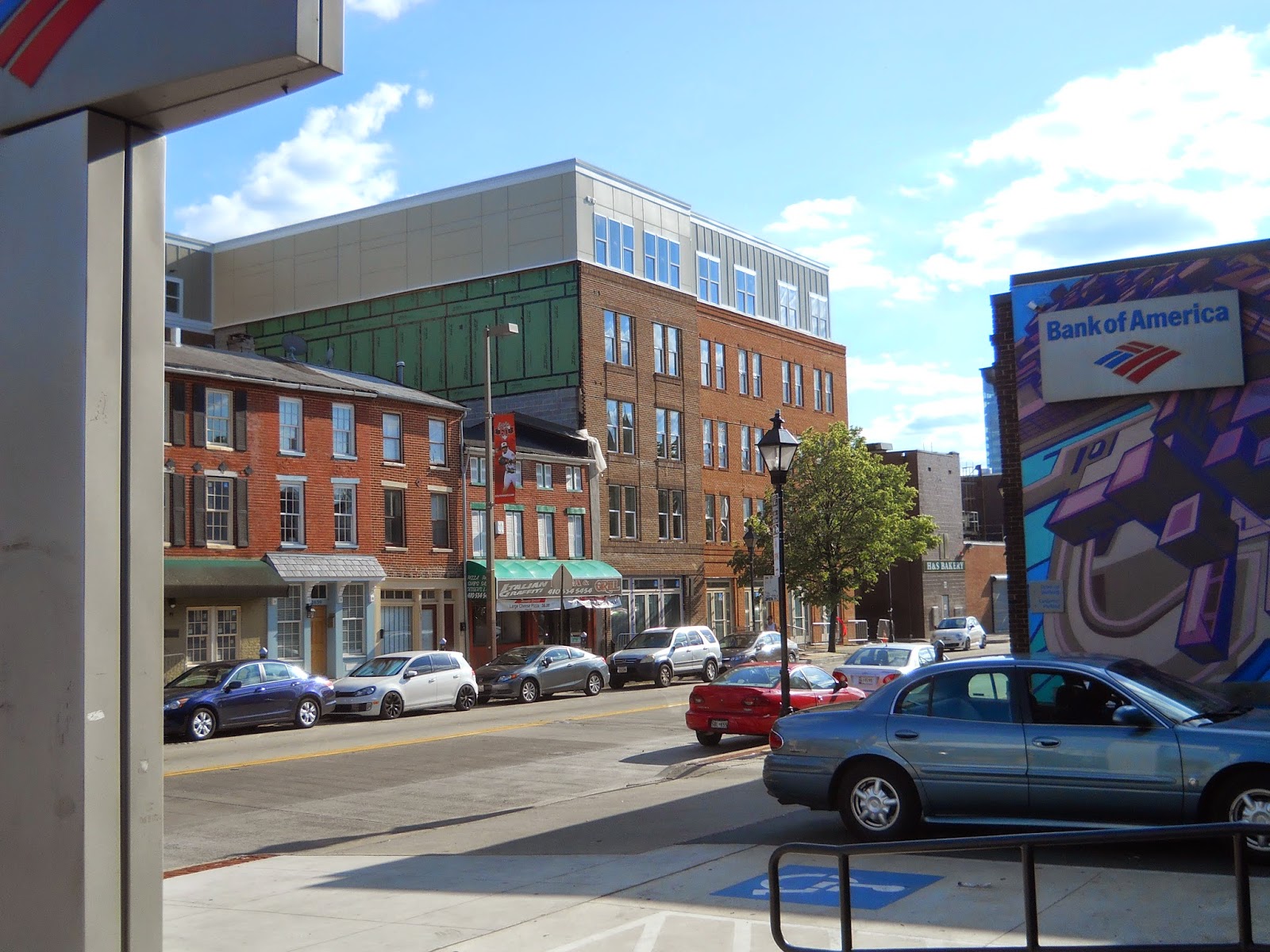 That being said, the buildings are quite shallow and there was land behind them on both sides of the street. In 2005, a developer known as "South Broadway Properties LLC" began the delicate but worthwhile endeavor of purchasing the properties on both sides of the 600 block of South Broadway whether vacant or occupied. The intent was and still is to turn the block into a vibrant mixed use with all amenities of new construction while still remaining true to the character of the surrounding blocks. The result would become Marketplace at Fells Point. Properties in the 600 block that had been acquired and vacated had a logo of "MP" on the windows and/or an artist's rendering of the block thriving after construction. 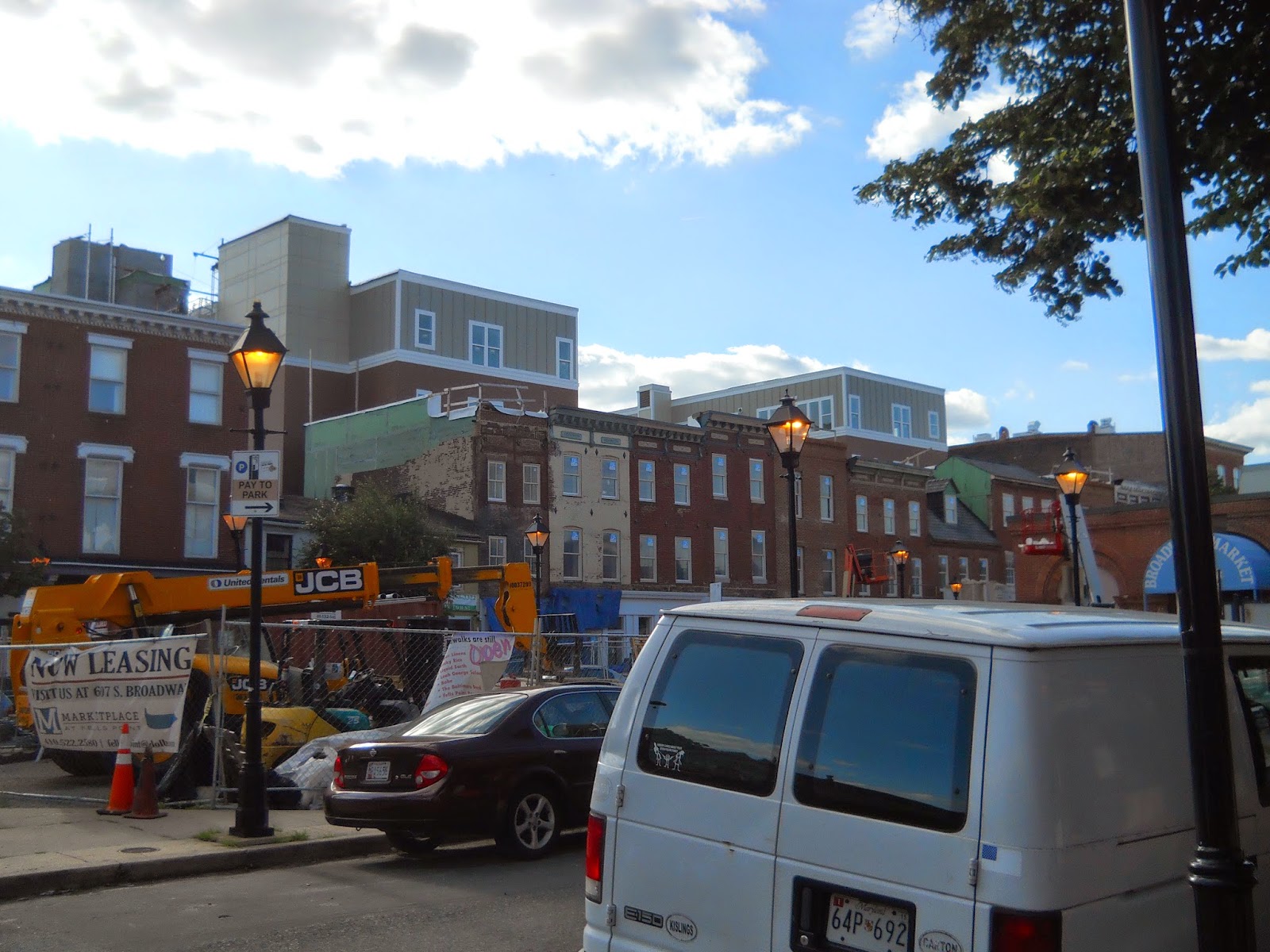 So what exactly is Marketplace at Fells Point? Like I said before, it's a mixed use development that capitalizes on the location and the fact that the existing buildings are shallow as well as their historic character. In order to preserve the facades of the buildings and provide the amenities of new construction, everything but the bricks of the front facades had to be demolished. Now you can see how delicate this venture is, just one little mistake and the historic facades could be just that;history. 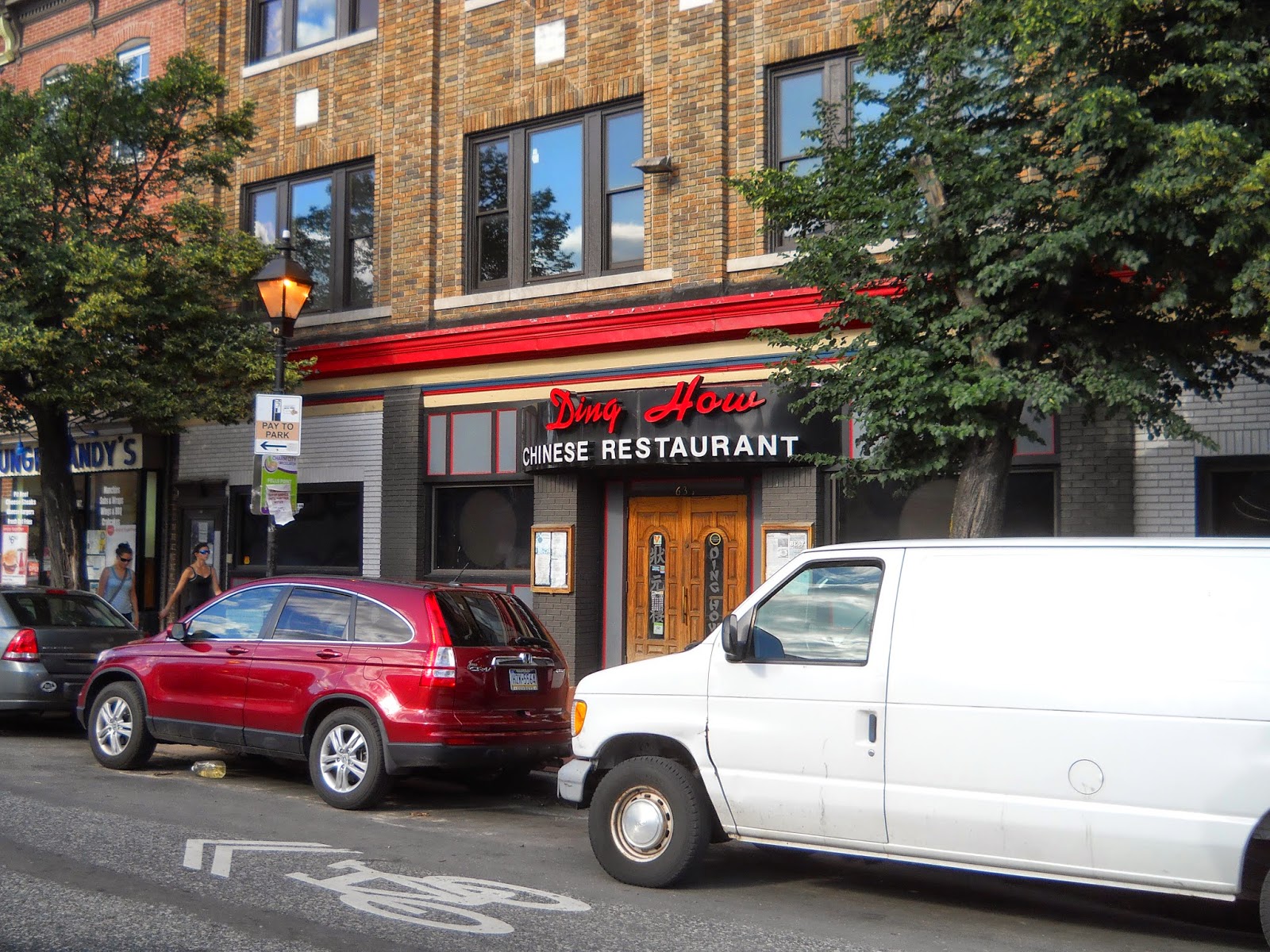 Behind the facades would be ground floor Retail presumably more upscale than its predecessors. The buildings will go back deeper taking advantage of the land that was behind them. Above the Retail, there will be 159 brand new Apartments. Not since the Crescent at Fells Point has there been a number of new construction Residential in Fells Point. Sure Inner Harbor East is just nect door as is Canton but those looking for a brand new Apartment and are dead set on Fells Point, needn't look any further. 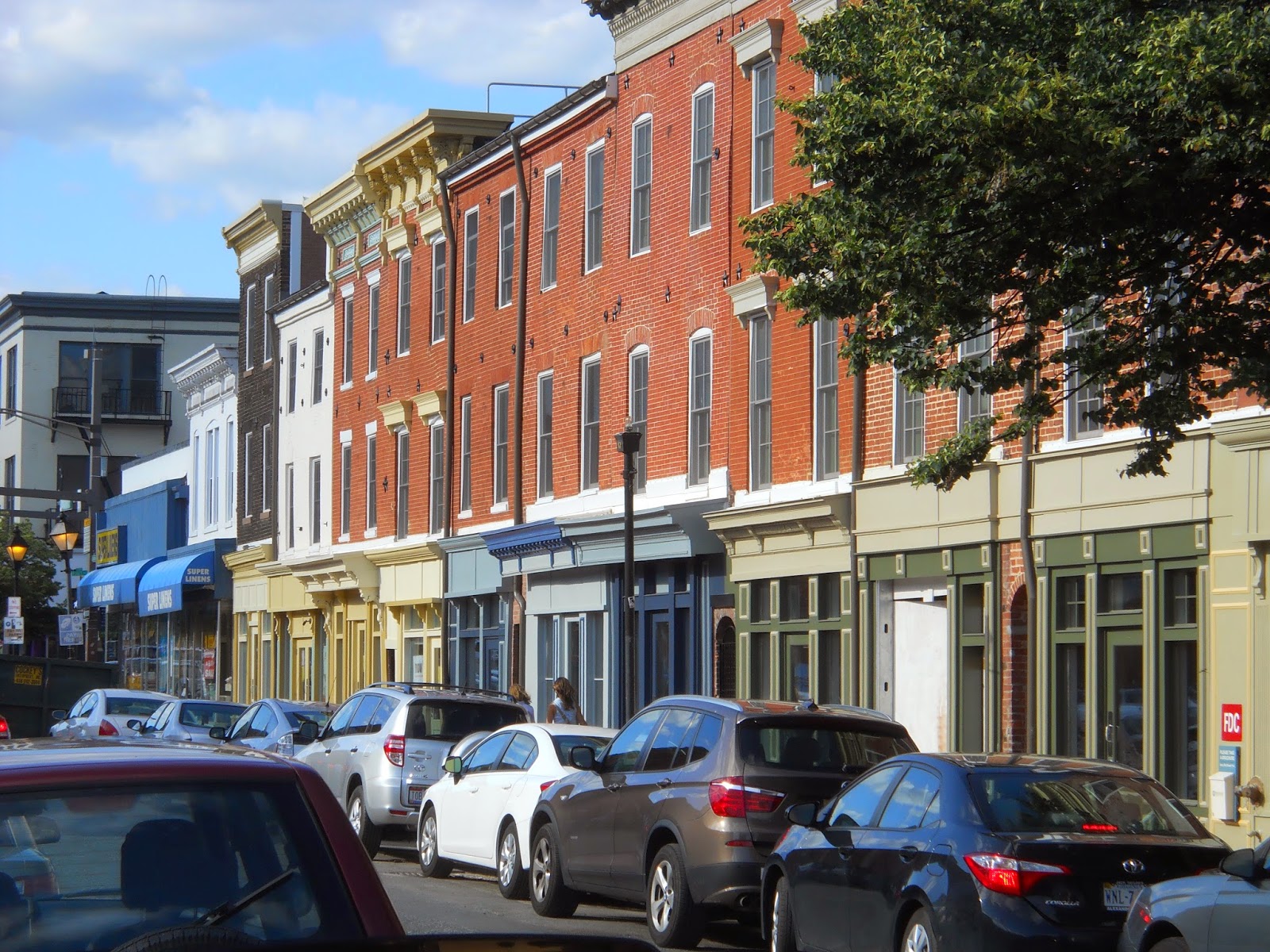 One great thing about Marketplace at Fells Point is that it's almost all landlocked by existing buildings. That means the new construction doesn't stick out like a sore thumb. It's only barely visible to the naked eye and said naked eye would have to be quite familiar with the area in order to differentiate between the two. The Apartments are nearing completion and are being leased up like hotcakes. The Retail portion is still under construction but with the growth generated from the Apartments and new Residential construction throughout southeast Baltimore as a whole, I'm sure the Retail portion will be just as easy to lease out to smaller footprint Retailers upon completion. 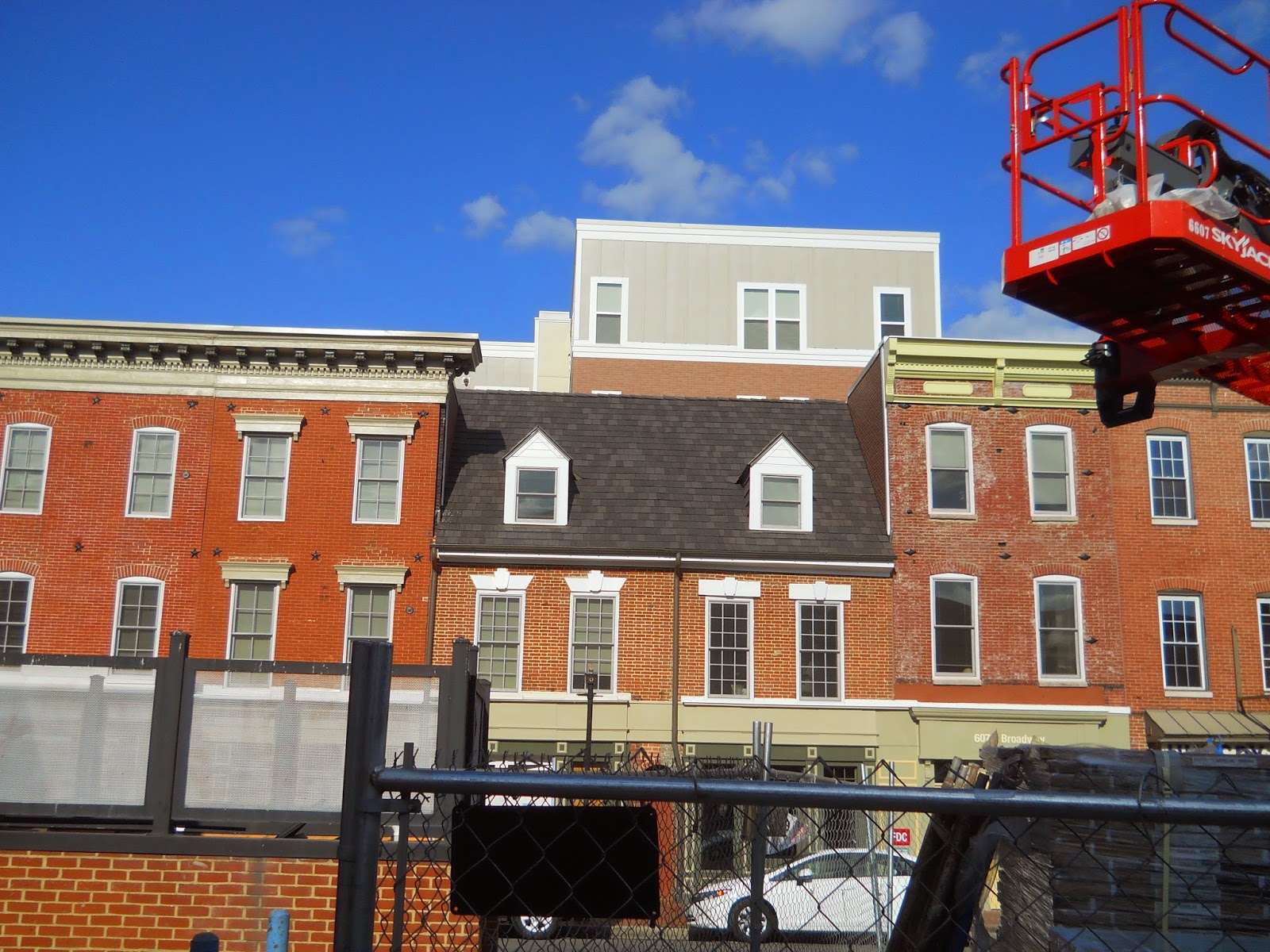 It may have taken a while but Marketplace at Fells Point is nearing completion and it surely has been and will continue to be a delicate and worthwhile endeavor. 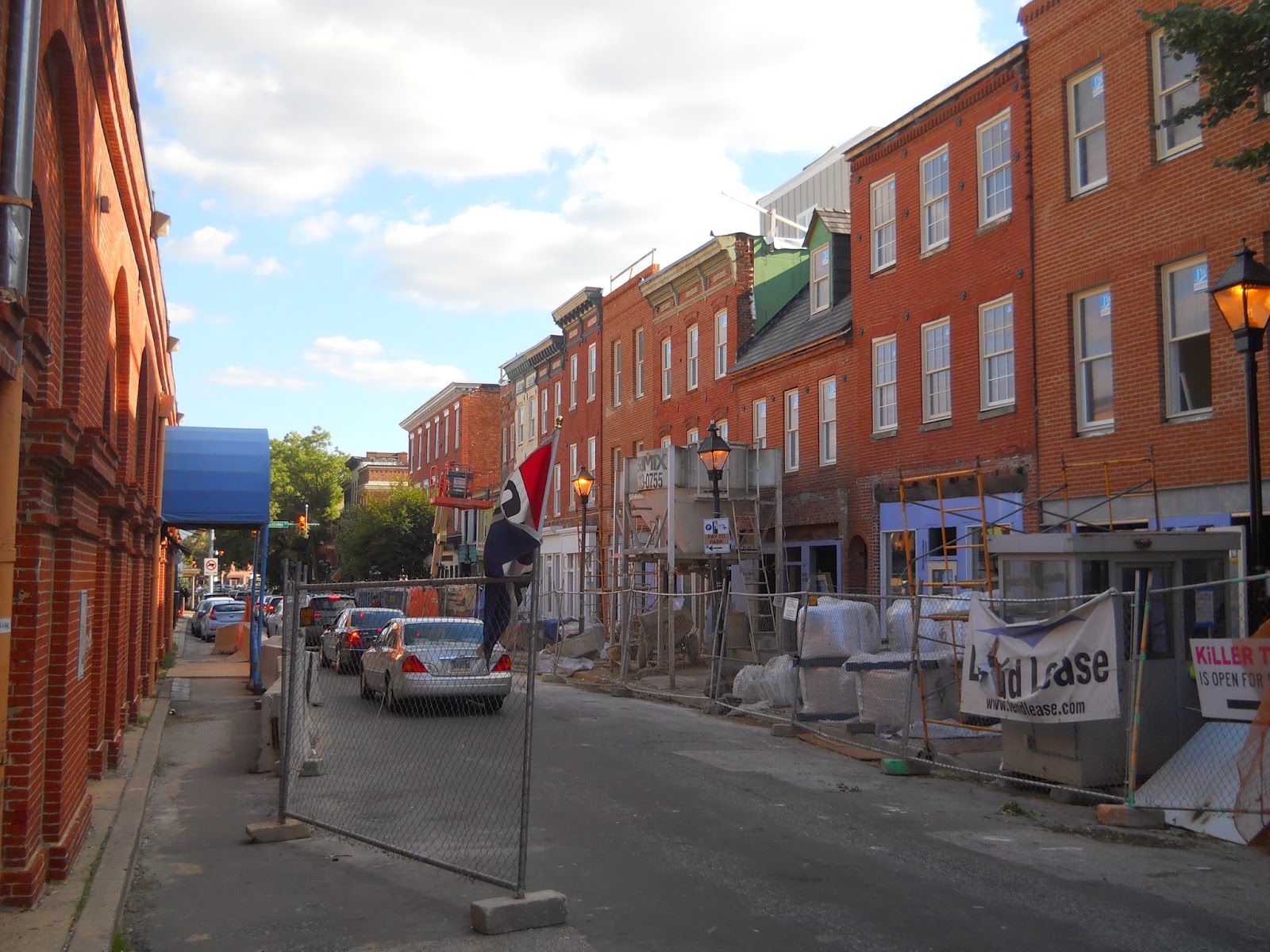