Well my serious of posts on unbuilt transit lines is complete but my serious on transit lines in general is just warming up. Now that Baltimore has a complete network of rail transit easing congestion on its over crowded streets lets take a look and examine the old transit lines and how they can be better integrated into each other and their newer counter parts.

First lets talk the light rail which has been dubbed the "blue line." With the creation of the yellow line the blue has been relieved of its duties serving Penn Station and BWI. The blue line will go back to its original job of going from Hunt Valley to Cromwell Station in Glen Burnie. One thing the blue line has in its favor for most of its route is the fact that it has its own above ground right of way where it can run in piece without fighting other forms of traffic. Now there is a section of the blue line that doesn't have its own right of way and does have to fight all kinds of traffic further clogging Baltimore's already crowded streets. The portion I'm referring to is course, Howard St. The MTA thought it best to use Howard St. for the Downtown portion of its light rail. I have a hunch they chose this route because there are CSX tunnels under Howard St. rendering it infeasible to tunnel its Downtown portion giving them a free pass to go the cheap route and put it above ground at street level with traffic.

In 2001 there was a fire in the CSX tunnel below Howard St. Upon investigating the cause of the fire it became obvious that the Howard St. tunnels are outdated and the CSX needs to relocate out of Howard St. If and when this happens this open up the Howard St. tunnels for a new use like, say the light rail? There are those who think so and then there's me. Although I think this would be a vast improvement over the mess that is the current Howard St. light rail my goal is to build a truly comprehensive regional rail system for Baltimore and I don't think Howard St. above or below ground is the answer.

Now I'm sure this leaves you wondering where will the blue line go? If you are you haven't read the title of this post very carefully. One of the fundamental problems of Baltimore's two existing rail transit lines is that don't connect anywhere at any point. One block the subway or the "green line is tunneled under Eutaw St. from Dolphin St. to Baltimore St. Throughout this portion of the two lines they share the name of stops but they aren't true transfer points but one still has to walk one block over. My solution, which by now is painfully obvious would be to double tunnel the blue line under Eutaw St. allowing the two lines separated at birth to converge Downtown and have true transfer points. There will even be triple layer tunnels for a few blocks because the redline will use Eutaw St. as it descends southeast through Downtown.

At Camden Yards the blue line will use the old CSX tunnel for a split second until it meets Pratt St. where it will turn west for a single block where it will turn north and run along Eutaw St. from Pratt St. to Baltimore St. where it will meet the Green Line and the two will travel together until MLK Boulevard where they part ways at a relocated State Center/Cultural Center Station (station is currently at Eutaw and Dolphin) The blue line will travel along MLK Boulevard and once again join Howard St. for the Symphony Center and Bolton Hill/UMB Mount Royal Stops where it will continue along I-83 as it currently does. Some renaming and adding of stops will be added to the I-83 portion of the blue line. So here's your new and improved blue line. 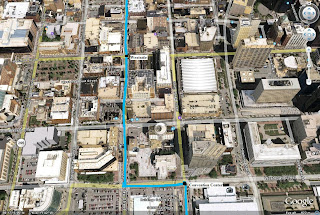 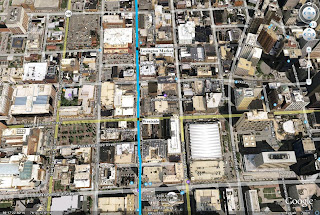 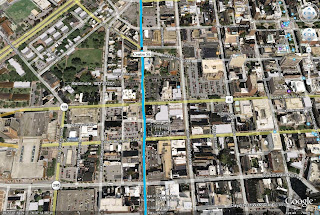 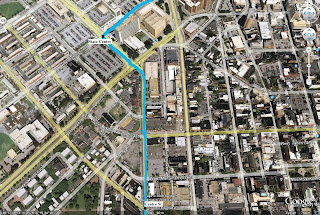 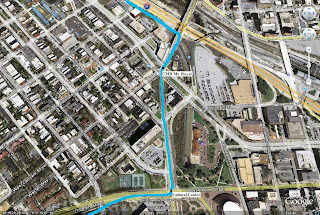 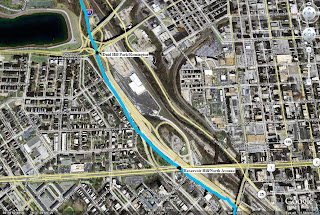 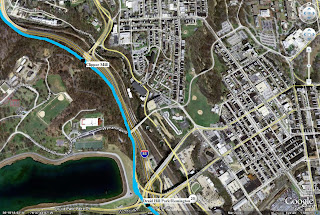 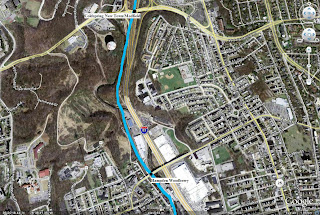 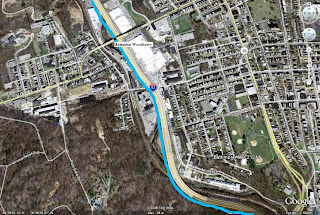 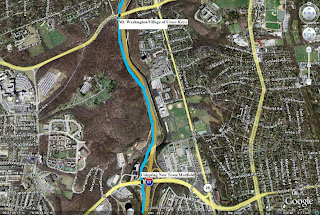 ok. I found an information here that i want to look for.

At Lexington Market the light rail boarding area is 200 feet from the subway entrance (and probably more like 100 feet to the light rail tracks). Since you'd need at least that much space to add a shared platform, tunneling the light rail under Eutaw street would make things even worse by forcing riders to walk up a level to change lines.

I don't know where you got the idea that the light rail and the subway don't connect. I don't know any other transit system in the world that has all its connecting trains less than 100 feet apart (NYC certainly doesn't). The only difference between transferring between subway and light rail in Baltimore is that you currently have to go above ground, but moving the light rail into the Howard street tunnel would change that.

Besides, its been said that the current subway entrance should actually be on Howard street anyway, under the impressive Hutzler building arcway which the MTA already owns (and not surprisingly has fenced off and used for storage). Digging a new tunnel underneath the current one on Eutaw street would be a huge waste of resources and offer no advantages.