Hampden:A Transformation On Its Own 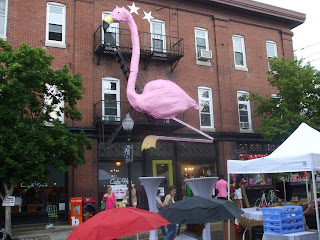 Ah, Hampden the often imitated but never duplicated urban rural center of Baltimore. Today, Hampden is the byproduct of residents living there for generations and newcomers that makes it what it is today. Now what is Hampden today? Hampden is a middle class neighborhood centered around 36th St. or "The Avenue" as it's called to locals that's closely knit together and has been able, in the past to struggle through urban decline and the collapse of the neighborhoods employment centers and reinventing itself as one of Baltimore's most interesting and quirky neighborhoods. But how did it get here? 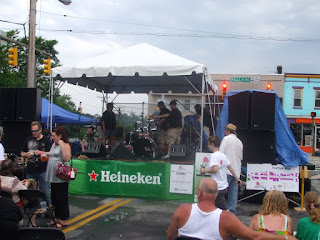 The beginnings of the Hampden Woodberry area date back to the pre Civil War Days. Located where today where Falls Road, Keswick Road, and I-83 come together in the Jones Falls Valley (Rural Baltimore County at that time) a small Textile Mill Village began to sprout. Although very rural this new Mill Village was located near Baltimore City, a key part of Hampden's history. 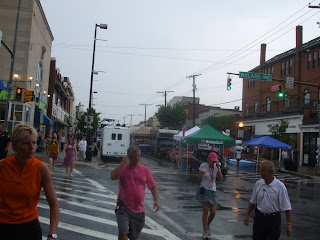 News of Rural Baltimore's new Mill Villages spread like wildfire in the south where employment was much harder to come by. By the Civil War the area's workforce had multiplied many times over. Multiple mills had set up shop in Hampden Woodberry manufacturing everything from flour to cotton to tobacco. Typical Baltimore City row houses came up northeast of the mills in what is present day Hampden. By the end of the Civil War Hampden Woodberry had become a an established self sustained Mill Town where one could easily find work. In 1888 Hampden Woodberry was included in a large plot of annexation north of North Avenue. Hampden Woodberry maintained its identity as a Mill Village rather than just another city neighborhood. 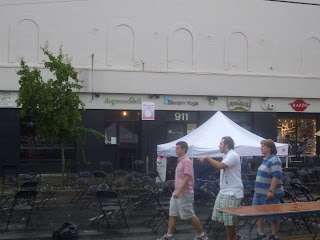 By World War I Hampden Woodberry was a city in and of itself. It had its own shopping district, churches, and of course the mills that provided employment. There was no real need to leave the area and venture into the rest of the city. Natural Boundaries of the Jones Falls Valley, Druid Hill Park, and Wyman Park created isolation which gave residents a security blanket of the urban ills that plagued other Baltimore neighborhoods. The early 20th century saw the development of Remington, a suburban outgrowth of Hampden Woodbery that with its slanted urban grid connected Hampen Woodberry to the rest of Baltimore City. As a result, Remington was and is always more diverse than its counterparts to the northwest. Diversity had been something that the residents feared and wouldn't let into their neighborhood. This stemmed from most of its residents originally coming from the less tolerant South. In fact, two Republican Baltimore Mayors came from Hampden Woodberry. Racism is still prevalent even today. 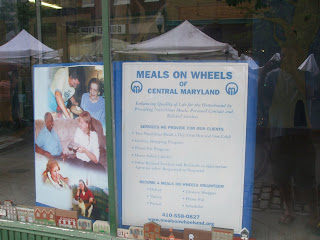 After World War I and the depression had set in the Mills that provided steady employment for 100 years had begun to close. Residents of Hampden Woodberry had to leave their own "city" and into Baltimore to search for employment. Other Mill Villages weren't so lucky to be on the out skirts of a large city during the depression years. Whether it was more conventional employment at Bethlehem Steel or work under FDR's new deal like constructing public housing developments in the new Cherry Hill neighborhood. During World War II the Mills still open got a shot in the arm manufacturing supplies for our men over seas. It was at this point that women began to show a big presence in the Mills as men had gone off to war. Images of "Rosie the Riveter" come to mind. 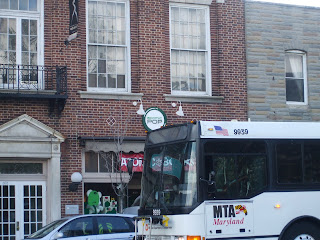 After World War II, the rebirth of Hampden's mills had died a quick death with almost all of them closed by 1960 and the last one holding on until 1972. Hampden, like all of Baltimore and all of urban America was quick downward spiral of urban decline and decentralization. Hampden Woodberry became divided as I-83 cut through the middle of it. Woodberry and many former Mills were located to the west of I-83 while Hampden, Medfield, Hoes Heights, and Remigton were located to the east. Hampden was also where the shopping and churches were located. With development of the city's northern "suburbs" Hampden and Woodberry had become a part of inner city Baltimore. Hampden's racism prevented blockbusting but there was still population loss and decline. Hampden had developed a reputation for being a tough "white ghetto." 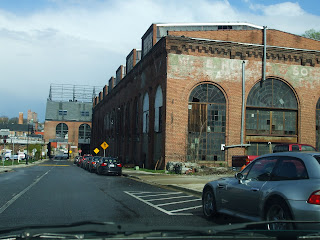 By the 1980s the revitalization that was Charles Center and the Inner Harbor was in full swing. Hampden on the other hand was experiencing the crack trade though as much as most inner city neighborhoods. Notice how Hampden went from being a rural Mill Village to an inner city ghetto in just a few short paragraphs. Although Hampden experienced population loss, it was minimal and there were many residents ready for change. Change came within 36th St. or "The Avenue" there were no large amounts of public funds being poored into the area; it just happened. Residents and tourists from all over the place began to flock to the avenue which was anchored by Cafe Hon which got its name from the Baltimore Accent word of affection. The other big saving grace for Hampden was Honfest, a once yearly event that celebrates the quirkiness of Hampden and Baltimore as a whole. It's kind of a throw back to the 60s and the days of the beehive hairdo. As residents and tourists flocked to the Avenue so did the businesses. 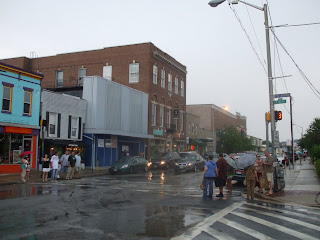 The Avenue became a one of Baltimore's hip spots, a place where hippies and punk rockers converged and businesses catered to that. As the Avenue grew and expanded so did Hampden. Row homes that were vacant and blighted were gutted and are now occupied once again. 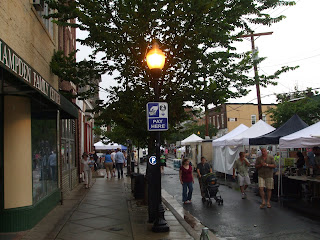 The Planning Department is currently making a master plan for Hampden. I don't think it needs one as much as some other neighborhoods but I'm going to put in my two cents on what I think it should cover. Hampden should avoid gentrification and keep its housing stock affordable, that after all was its saving grace. Public health should be covered as well. Helping residents get clean and sober should be a top priority. Falling in line with public health should be ridding the streets of prostitution. Prostitution is usually done to feed an addiction of some sort and getting addicts clean and sober should reduce the number of prostitutes If there aren't needle exchange boxes they should be put in place to reduce the cases of HIV, AIDS and Hepatitis C. The closing of Robert Poole Middle School this summer will help residents breath a sigh of relief. Students were quite violent and out of control there which came to light with the beating of a homeless woman on a city bus last year. The last thing the master plan should cover should be the renaming of the Woodberry Light Rail stop to Hampden Woodberry to emphasize Hampden's proximity to rail transit. 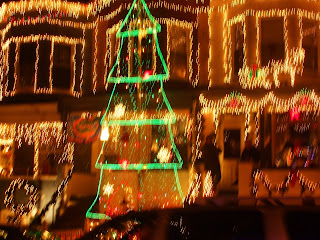 With or without an Area Master Plan I think we can truly say Hampden has made a transformation on its own. If you've been reading this post and pronouncing Hampden like it's spelled let me school you real quick. It's pronounced Hamdin Hon! 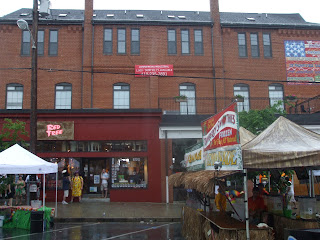 I agree that the Master Plan should leave out further gentrification. I, for one, as a new tenant, need reasonably priced housing. Already, I have been told that my particular apartment is over-priced. So, why would I want it higher? I am gradually getting acclimated to Hampden's natural charisma. I have made many new acquaintances among my friendly neighbors. It's giving me an incentive to settle down here for awhile. Thanks for the history of my new home. King's has great wings and Holy Frioles has yummy guacamole!