The Green Line: We Shot Ourelves In the Foot

OK, finally the end of my serious posts on transit lines. I've been waiting for this day to come forever because I have many other ideas that need my attention and after this I can start jotting them down and post them for whoever wants to hear them.

The green line, which is currently called the metro subway has been flawed from the get go. First off, it's heavy rail making expansion down right impossible from a financial stand point, when it's above ground, especially in the county, its stops are impossible to get to, and Downtown it doesn't connect to the light rail which is only one block away. The MTA definitely shot themselves in the foot in this case.

Now lets break down these flaws logically and put ourselves in the shoes of the MTA back in the early 1980s during the planning stages of the subway heavy rail was the only option seeing as light rail didn't hit the scene until the 1990s and I'm also certain that this line was supposed to be part of a large system of rail lines that catered to the city and its inner suburbs. As far as lack of connectability, to the light rail you can blame the light rail planners for that because the subway came first and it was up to the light rail planners to integrate with the existing subway. As far as the county stops go the subway was planned under the impression that I-795 would extend inside the beltway through Sudbrook Park and meet Wabash Avenue at Patterson Avenue. Whether or not this would make for better county stops we will never know. 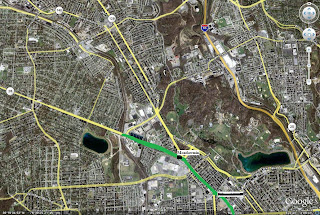 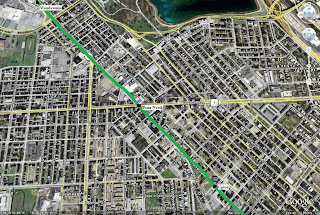 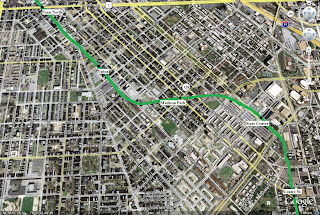 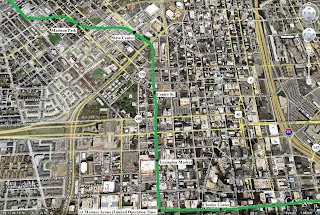 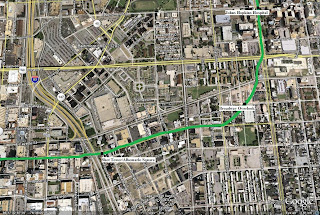 Phase II consists of the dreaded northeast expansion from Johns Hopkins Hospital to the Middles River MARC station. The entire expansion will take place at once, using "ripping the band aid off quickly" so as not to prolong the financial pain mentality. It will serve northeast Baltimore, Parkville, Fullerton, White Marsh, and Middle River with easy access to Martin State Airport. 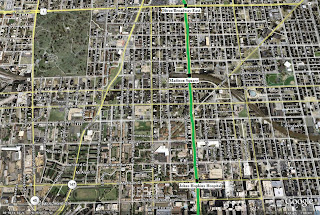 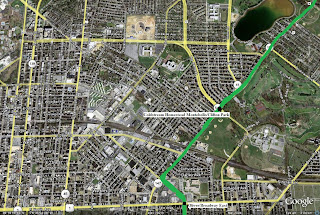 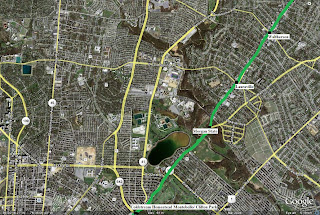 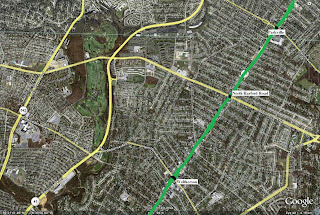 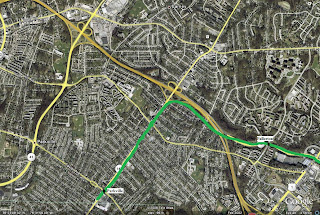 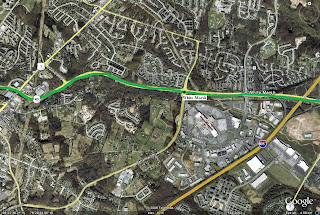 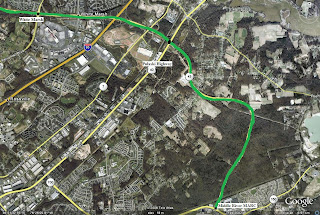 Phase III consists of improving the above ground portions of the green line west of Mondawmin Mall and rerouting portions of it to increase ridership in the county. The Wabash Avenue portion will be tunneled and at Northern Parkway it will make a sharp easterly turn to meet Reisterstown Road where it travel for the remainder of its length ending at Owings Mills with improved city and countys stops. 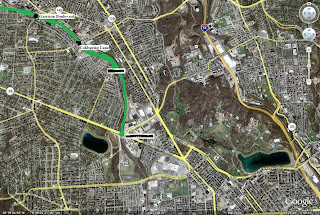 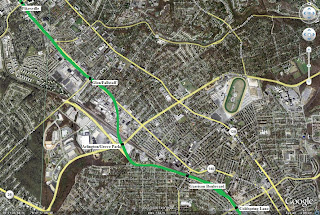 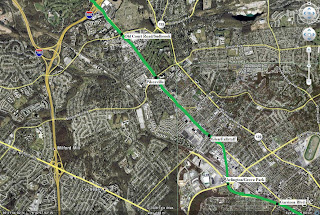 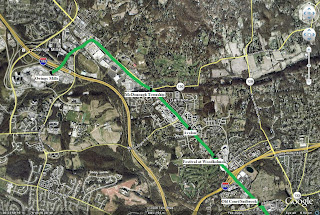 Well that's it, end of the line! (pun very much intended;)
Posted by Spence Lean at 1:31 PM

Do you even ride the subway or the light rail?

1. We should all be very thankful that the subway was built before light rail became popular. The reason light rail is so cheap and popular is because it is slow. It takes the subway only 1 minute to travel between Lexington Market and Cultural Center, whereas it takes the light rail seven minutes. Although this staggering difference is partially due to traffic and additional stops faced by the light rail, light rail will never be as fast as heavy rail because light rail cars are too heavy and underpowered to accelerate fast enough. If you want to attract the ridership necessary to make a transit line successful you need high quality equipment, but light rail is a cheap cop out.

2. The last thing the Baltimore subway needs is more stops. As it is the Lexington Market and Powerplant stops are only a short 10 minute walk apart (and have Charles center between them!). While the subway is currently slightly faster than driving downtown, adding more stops would make it even slower than driving. A very bad idea for a system that already has low ridership.

OMG I know what you mean. I decided to ride the Baltimore subway, just because. And I couldn't believe it, it was evening rush hour, and I'm in the Charles Center station which is pretty big and has a bunch of ticket terminals, and there's like five people in the whole thing. I've ridden subways/metros in Miami, DC, NYC, Portland, Boston, Paris, and Tokyo, and lemme tell yah, I've never seen such a big infrastructure built for so few people. It was a ghost town in Charles Center station, almost post-apocalyptic ghost town. What this town needs is... DENSITY.

It needs to be bigger, grow bigger, it needs like ten times the population, and to garner national interest; and potentially be a world class city known internationally. It'll be a long way from five lonely riders in Charles Center with their footsteps cavernously echoing in an underused subway station.

You know zilch about Mass Transit or Urban Planning.

Light Rail - also known as "Trolleys" - have been around for over 100 years. There was a gap between the 40's and the 70's where no light rail cars were even built in this country, but Boeing got a federal contract to build new ones in the early '70s. There's been an explosion in Light Rail system building in Republican-leaning parts of the US in the last 20 years, but that's only partly a good thing.

The cost argument is bogus. Heavy Rail is more expensive to build initially but much cheaper to operate oer the succeeding decades. (Some of Boston and NYC's tunnels are 100+ years old - paid for themselves many times over.) Cars last longer, less power per passenger. It's also much faster and much higher capacity. Light Rail should really only replace busses for distances of up to five miles or so. The dumbest thing of all is not putting rail in an exclusive right-of-way completely separated from the road system. (Light Rail in an ROW that still has to stop at even one intersection doesn't count!)

Cities that have put in Light Rail have discovered it's quickly overwhelmed by demand and too slow to compete fully with auto commutes.