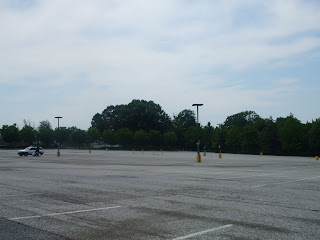 The last piece of the puzzle in my series on central north neighborhoods that need large scale redevelopment. That's not to say these are the only parts of the city that need redevelopment far from it. These neighborhoods have a bright future but need a push in the right direction. 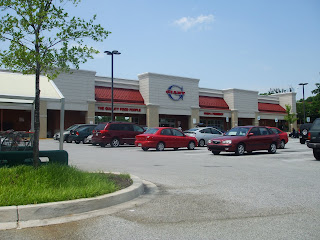 Better Waverly, although located close to Waverly proper is a neighborhood separate from it and should be approached differently. Waverly is more of an Uptown enclave while Better Waverly was built as a Baltimore Belt Line community so there are industrial remnants throughout. Better Waverly just south of 33rd St. served as an overflow surface parking lot for patrons of Memorial Stadium. Once Memorial Stadium was torn down the surface parking lot remained and there's not much use for it. A big victory for Better Waverly is the new Giant food store at Old York Road and 33rdSt. The housing stock is as diverse as its population (one of my favorite analogies) that consists of single family homes row homes and garden apartments. That being said Better Waverly has a 21% vacancy rate and that doesn't include vacant land parcels. There are still many beautiful well kept homes located in Better Waverly so redevelopment won't sweep the whole neighborhood, just blighted and vacant spots. 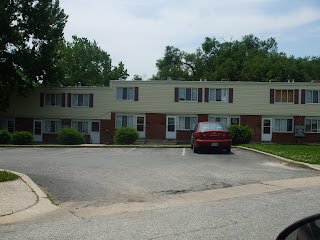 As I mentioned in my Old York Road post new development near Greenmount Avenue and Old York Road should be of a higher density than that located on the neighborhood's eastern border; Loch Raven Boulevard. In the middle of the neighborhood there has been a lot of demolition of single family homes and new development in that section of the neighborhood should remain single family homes. The eastern end of Better Waverly that borders Coldstream Homestead Montebello that is now industrial remnants from the Baltimore Belt Line should be redeveloped as town homes seeing as the nearest residential component is currently row homes. The lone parking and building whose use I can't make heads or tails of will be redeveloped as mixed use high density residential that mirrors that mirrors the highly successful Charles Commons in Charles Village. 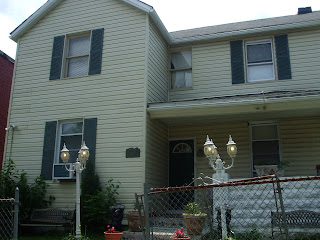 Well that completes my series of redevelopment posts in the neighborhoods of central north Baltimore. Development will be staggered so the market can absorb the new housing at an acceptable rate but when complete a huge chunk of the city will be forever transformed. 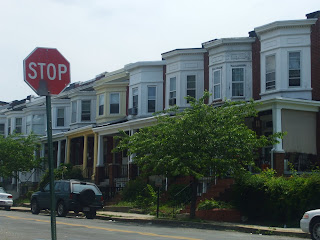 ran across your post... interesting... but not always on the "money" so to speak

I think the residents (I being one) would beg to differ with the idea that we should have "condominium town homes" built in the neighborhood. There still exists far too many issues of race and class on the east of Greenmount (propagated even by Hopkins who actually told their freshmen last year it was dangerous to travel across that side of the street... Thanks...sigh.)

The developments suggested resonate well with a bougie new urbanism but Better Waverly will more likely develop along the lines of Hampden then it will Charles Village. What is missing from your assessment is the people that live in the area, their histories. Historically working class white, then Black, after the closing of the Stadium it is becoming progressively more mixed... while continuing to reject status quo development plans (a la new urbanism). The reasons for this are complex (a history of counter culture in the area for example, labor organizing and the like) and have left a sour taste and lack of trust for "change" at all. In some cases these fears are unfounded but they are real in people's minds none-the-less and stand in the way of moving the community forward. So don't expect a Starbucks anytime soon - they don't want it. A cool neighborhood watering hole? Maybe.

I'm perplexed that you wrote this in July with the housing "crisis" writing on the wall then... It's not as if people are about to build houses when there is a glut on the market. Second your stats on vacant properties is WAY off. There are roughly 1100 households in Better Waverly ... There are ABSOLUTELY no more than 40 empty households in all of the neighborhood - your stat implies 220 - a 5x's difference. Come and walk it with me I'll show ya... So all this to say too that development of Better Waverly synergistically will depend on Greenmount Ave. become a viable corridor. Plans like Charles Village's million dollar politics campaign to have a street car run up Charles and down St. Paul - once again ignoring the surrounding communities and serving themselves first and foremost - will be sure to keep such capital investment away from Greenmount. Unless of course Struever Eccles and Rouse keep building stuff people can't afford to live in and then leave it vacant... What's the tenancy rate on Charles Commons... I'll bet it's more than 20% - now isn't THAT ironic?

Thanks for your posts though, nice to see someone else looking at our hood and hoping good things for it. Peace, Andrew

I got the vacant number from the 2000 census.
http://censusprofile.bnia.org/Better%20Waverly%20Demographic%20Profile.pdf
It's not surprising that since then the number of vacants diminished. The new development in question would be along Greenmount Ave, Harford Road, 33rd, and 25th Sts. the borders of the neighborhood. This would make it more appealing to say Johns Hopkins students to live. As far as the housing crisis goes if you read the posts before this I list a time line as to when all this would take place, it's many years out. I would place the redevelopment of Better Waverly in the 2020-2025 range after its neighbors who need it more ie Barclay, East Baltimore Midway, and Coldstream Homestead Montebello. Now as far as the Charles St. Trolley the MTA has a Yellow Line that would run along Greenmount Ave. and its presence would warrant TOD or Transit Oriented Development. That includes the housing types that I have recommended. As far as race and class go hopefully any issues associated with that go away with time. Also with the redevelopment of Greenmount Ave. it will blend the neighborhoods east and west together and that "line" will be blurred.

Earning money online never been this easy and transparent. You would find great tips on how to make that dream amount every month. So go ahead and click here for more details and open floodgates to your online income. All the best.

Earning money online never been this easy and transparent. You would find great tips on how to make that dream amount every month. So go ahead and click here for more details and open floodgates to your online income. All the best.