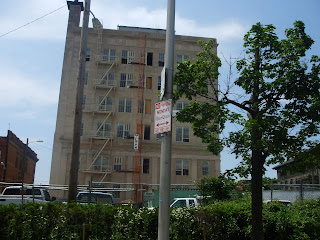 First off, let me congratulate the Barclay in its drastic reduction in violent crime. This drastic drop will no doubt help in redevelopment and marketability efforts to attract new residents and retain current ones. 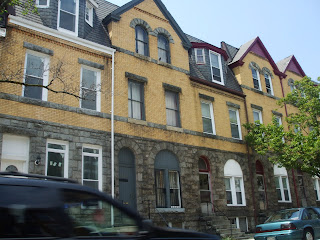 In an effort to attract new residents and retain current ones there's still the problem of vacant and dilapidated houses, undeveloped land, lack luster retail, and disinvestment of infrastructure. Another major catalyst for both Barclay and East Baltimore Midway is the proposed Yellow Line that will run along Greenmount Avenue, the street that divides the two communities. What I'm proposing is TOD with the highest density of residences and retail the closest to Greenmount Avenue. Actually, it can stay high TOD level density throughout both communities because the Charles/St. Paul Trolley will be on the western border of Barclay and the Green Line extension will be (in my plan)on the eastern border of East Baltimore Midway (Harford Road).The boundaries of the redevelopment area are as follows; St. Paul St. on the west, 22ndSt. on the north, North Avenue on the south, and Esnor Avenue on the east. Just outside of the plan boundary is the Kirk Avenue bus station. That will be relocated also just outside of the plan at Greenmount Avenue and 25thSt., a proposed stop on the Yellow Line. The new bus station will be Multi Modal transportation hub that will help fuel redevelopment in its surrounding neighborhoods. 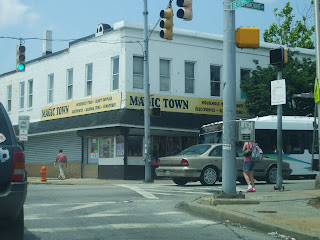 Now this redevelopment plan can't be orchestrated until the housing slump turns around so we're looking at anywhere from 2010 to 2012. However, certain parts can still be implemented in the short term to "prepare" for redevelopment. First off, the development of the east parking lot of the City Schools Headquarters on North Avenue which will be a combination of Dallas F. Nicholas, Barlcay, and Margaret Brent Elementary/Middles into Station North Elementary/Middle. Also the closing of Cecil Elementary and redistricting students to South Clifton Park Elementary/Middle (currently Harford Heights). Also in the interim the Kirk Avenue Bus Station can move to its new location at the southeast quadrant of Greenmount Avenue and 25thSt. Lastly infrastructure improvements such as repaving roads, recementing sidewalks, lots more lighting, community signage, streetscape enhancements and promoting the neighborhoods on websites such as Live Baltimore.com. I don't suggest actual demolition of properties until they're ready to be built on. The city has been doing this lately and due to the size of this effort letting all this land sit vacant for three years will make the land seem worthless and make it a playground for crime. 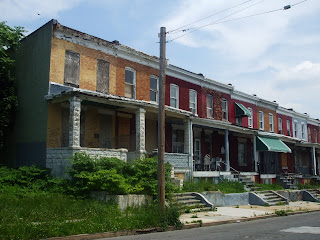 Fast forward to a time when the housing slump is over and the market for new construction is booming. Almost everything in the planning area will hit the wrecking ball. There are a few rows of homes on St. Paul that will stay in place and the City Schools Headquarters which will now have underground parking because its parking lots will be developed on one of which will be the new Station North Elementary/Middle School. Other than that everything else will be history. In its place, due to the proximity of three proposed rail lines and the Greenmount Multi Modal Transportation Hub will be predominantly midrise condos with underground parking and ground floor retail. Also there will be some row house style condos that mimic large row houses that were converted into condos and that's exactly what they will be. Now of course there will be room for open space there will be "pocket parks" with seating and ball fields. In addition to pocket parks there will be two swimming pools one in Barclay the other in East Baltimore Midway. Each pool will be outdoors but will have retractable roofs so they can stay open all year. 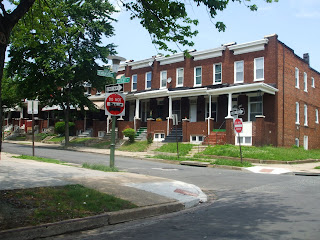 The break down of income mixes are as follows 55% Market Rate Homeownership 25% Public Housing (scattered sites), 15% Market Rate Rental, and 5% Subsidized Homeownership. The population will be higher than before Barclay and East Baltimore Midway went into decline and lost population. This is because of the higher density of the new development due to its proximity to transit lines. 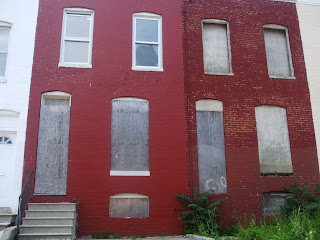 Both Barclay and East Baltimore Midway will retain their current names but after their redevelopment is complete they will no longer be associated with crime, blight, and disinvestment but a truly diverse mixed use mixed income community.
Posted by Spence Lean at 12:31 PM