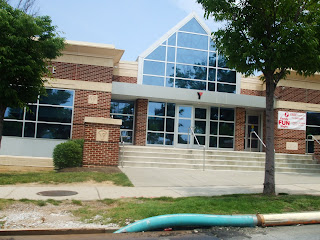 It's no secret that there is land available on the grounds of the former Memorial Stadium. The namesake Memorial still remains and a YMCA, a large community playground and affordable senior housing was built. I like the fact that this site's uses are very community friendly and I would like to keep it as such. Plans call for a new Waverly Elementary/Middle and I think this will be a great site for it. Any land left over will be open space. 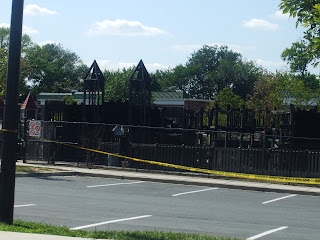 Now for Old York Road on both sides it's prime land for TOD. It runs from between 31st and 32nd st. in Better Waverly to Radnor Avenue in Govans just east of York Road. Much of Old York Road is blighted outdated homes and commercial uses that used to cater an arterial road which Old York Road was until the current alignment was built. The current alignment of York Road is poised to have the Yellow Line run through it. Since Old York Road is literally a block away from York Road it should capitalize on the TOD possibilties and as neighborhoods like Better Waverly and Pen Lucy redevelop the closer they get to Old York Road, the higher the density. So might bemoan the continuation of commercial uses along Old York Road let alone a drastic expansion but the retail sector of the York Road/Old York Road TOD will provide a much better selection of shopping options that will cater to the influx of new residents into the area. The infrastructure of Old York Road will be improved just like that of York Road with streetscape enhancements, road and sidewalk resurfacing, brick crosswalks, additional lighting, and rebuilt traffic signals with "countdown" pedestrian signals. 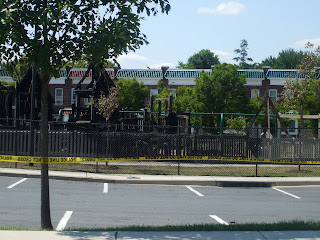 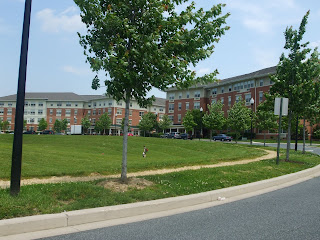 After the redevelopment of Old York Road nobody will recognize it in fact having "Old" in its name will make it contradict itself.
Posted by Spence Lean at 10:41 AM

who are you and what exactly are you talking about? I live on Old York Road.

I'm talking about turning the East side of York Road and Old York Road into a TOD District that will support the Yellow Line and will allow for blighted land and retail that no longer supports its residents can be a better fit for residents present and future.