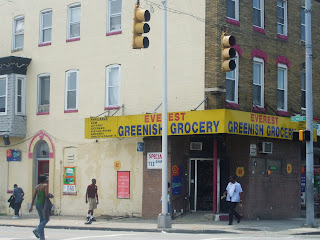 Now the previous post doesn't cover the entire East Baltimore Midway neighborhood. This post will. This plan will commence around 2014-2016 after the initial plan is well underway and the market can absorb the additional units. This area of East Baltimore Midway has a healthier housing stock so there will be less demolition and more preservation. The boundaries of this plan are as follows North Avenue to the south, Kennedy Avenue to the west, 22ndSt. to the southwest, 25th St. to the north and Harford Road to the east. 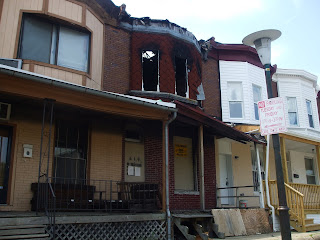 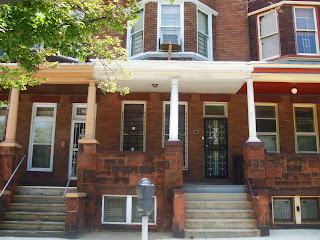 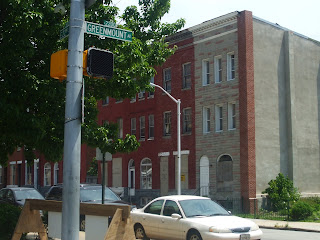 Above Bonaparte Avenue will be mostly infill development and low interest rehab loans to invest in the existing housing stock. However, the 25st. corridor is in desperate need of a makeover. This will be the retail spine of the neighborhood hopefully luring a full service Grocery Store here with sit down restaurants that include outdoor seating. The CSX tracks will be berried underground via Eminent Domain to speed up the process. 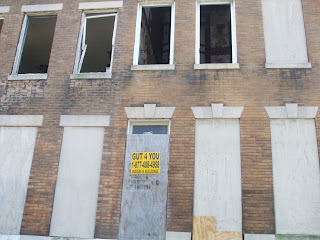 The income mix will be similar to but not identical to that of the previous post. This 60% will be market rate homewnership 30% market rate rental and 10% public housing. 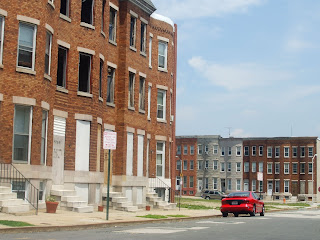 East Baltimore Midway has been in a sea of blight and urban decay for too long to let it continue to rot. The same can be said about its neighbors which will see the same level of reinvestment and redevelopment in the coming years.
Posted by Spence Lean at 10:39 AM