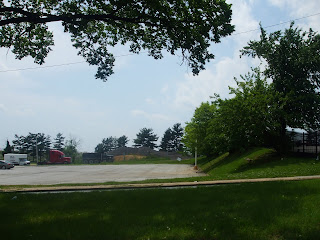 Yup Orangeville, the blocks are set in place for this to explode whether anyone knows it or not. Orangeville is an area of Baltimore in the far central east consisting mostly of an industrial park and a tiny residential neighborhood with 282 residents in the middle according to the 2000 census. Now I'm sure you may be asking yourselves why here? Well I'll give you three reasons: location, location, location. The Baltimore Regional has orangeville at the crossing of the red line and the purple line (existing MARC lines) and huge swaths of land banked for a multi modal transportation center. Major roads such as I-895, Pulaski Highway, Erdman Avenue, and Edison Highway are at Orangeville's door step. 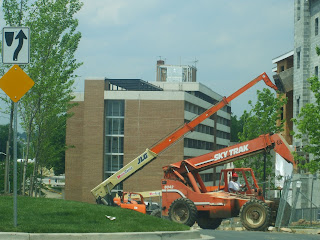 I'd like to give you a brief description of some of Orangeville's surroundings. It may not look like much now but wait 5 or 10 years. To the south and west are the distressed neighborhoods of Ellwood Park/Monument, McEldery Park, Biddle Street all of which are poised to make a turnaround after the Johns Hopkins Biotech Park in neighboring Middle East. To the north is the former Claremont/Freedom Public Housing communities and the future Orchard Ridge. Also is the former public housing project and present co op Armistead Gardens and Belair Edison. 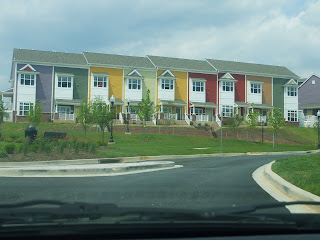 The biggest indicator of Orangeville's promising future is the multi-modal transportation center. Transit Oriented development is where it's at these days. The old industrial Orangeville as we know it will soon be bought up and replaced with new high density mixed income mixed use development. Baltimore's regional transit plan calls for the "Red Line" Security Square Mall to Dunalk and all points in between and the Purple Line (existing MARC) the number of people passing through Orangeville on any given weekday is staggering. Since this area has always been industrial making it residential can bring population growth to a city that has lost 300,000 people over the past 50 years and new schools with it.
Posted by Spence Lean at 9:39 PM

There is finally a proposal to extend the red line study area to the Orangeville area. This will make for an East Baltimore MARC station and allow for the transit oriented development I'm proposing.

So what happened to all this? Any updates?

Yeah, they bombed that shit hole and moved on