Barclay: Gateway to the North 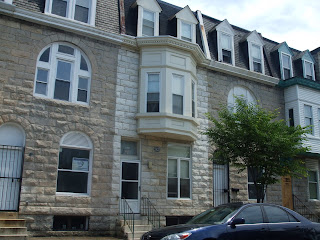 Now Baltimore has many wonderful neighborhoods both Downtown and in its Northern Border that are great shape. Relatively low crime, diverse housing stock that has been rehabbed and cared for and will continue to be for generations to come, and a diverse array of residents both culturally and economically. Downtown these neighborhoods are Mount Vernon Belvedere, Fells Point Canton, Inner Harbor East, The "Zesty" West Side of Downtown, Federal Hill, and Locust Point among others. In Central North Baltimore there's Roland Park, Guilford, Homeland, Charles Village, Keswick, Govans, Waverly, and the Village of Cross Keys to name a few. 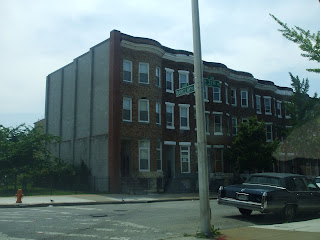 Now there's a problem with these sections of the city; they don't connect. Between Downtown and North Baltimore lies South Charles Village and Charles North together they're know as "Old Goucher" and then there's Barclay. 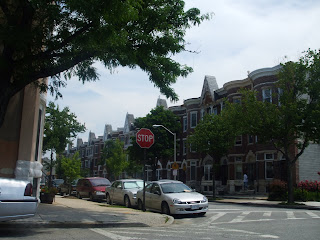 Now Old Goucher is in the process of getting its housing stock reinvested in and preserved for generations to come. That leaves Barclay. The housing stock in both neighborhoods is historic with grand architecture. Barclay has lots of subsidized housing, very low home ownership, crime, drugs, vacant homes, poverty, and dilapidated housing stock. This is not what many think of when they think of grand architecture built upon summer estates. Much to the City's credit they have come up with an "Area Master Plan" that includes Barclay, East Baltimore Midway, and Old Goucher as well acquiring properties as part of "project 5000." 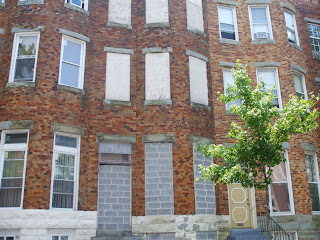 Now unfortunately the most cost effective solution to eliminate blight is demolition and redevelopment right? Right, but so much of Barclay includes housing that should be rehabbed and can be an asset to the community. The problem is rehabilitation is so expensive and time consuming and doesn't produce stellar results that brand new housing does. The solution seems to be what the City is currently doing; sort of a give and take approach, some housing is being knocked down and rebuilt while others are being saved from the wrecking ball and sold off to investors. One thing I'd like to bring up is the $1 row homes that played a huge part in the comeback of neighborhoods near the harbor. This produced great results in a very short amount of time. Could this be of assistance to Barclay? I think so. 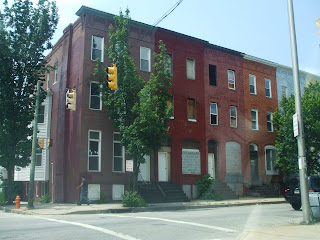 As Barclay makes a comeback it will blend Downtown neighborhoods with neighborhoods further north giving Barclay the distinct pleasure of being called the "Gateway to the North." 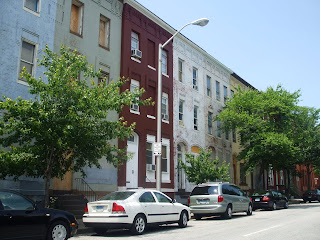 *Update: Gentrification has not come easy for Barclay there have been five deadly shooting within this neighborhoods boundaries this year as of July 23rd.
Posted by Spence Lean at 6:34 PM

Good News! There has been a dramatic drop in Barclay's murders in 2008! Barclay might have some hope yet! Read my Barclay Redevelopment post for further details.