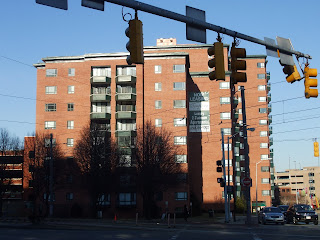 Every one's heard about the "Big Dig" right? Well if you haven't allow me to fill you in, (no pun intended.) It was Boston's attempt at a Downtown renewal that involved relocating its big interstate that ran throughout it underground. With the interstate underground there is now room for major redevelopment of the land that the interstate sat on. The Big Dig has deemed a success with the exception of a wall crushing a car and the driver. 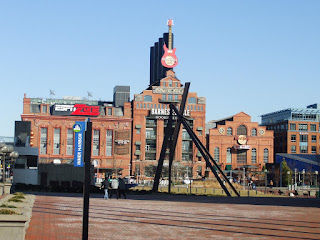 Now what does this have to do with Baltimore? Well the Big Dig can be applied right here in Charm City. If you count I-170 it already has ;) Baltimore need not put its own highways under ground nor build new ones underground as i saw someone mention in another blog's commentary but put its mass transit underground. If you haven't read the Baltimore Regional Rail Transit Plan i suggest you do so it's a quick and interesting read. The existing mass transit system in Baltimore is the central light rail running down Howard Street from BWI to Hunt Valley with a Penn Station "spur." Much of the central light rail is doubled tracked. Also in Baltimore's mass transit portfolio is the metro subway running southeast from the troubled Owings Mills Mall to John Hopkins Hospital. These would part of the "Blue Lines" and "Green Lines" respectively. 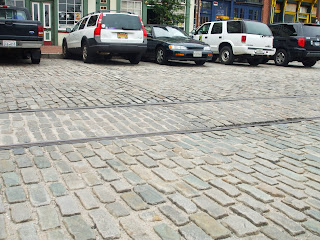 First a bit of history involving mass transit in Baltimore. Street Car lines were the order of the day in the 1890s as their lines stretched all over the city. By the 1910s the automobile had become mainstream and street car rider ship declined through the 1960 being slowly and methodically replaced by buses. In the 1980s the metro subway came into town with several expansions. In the 1990s the central light rail came into play also with several expansions. 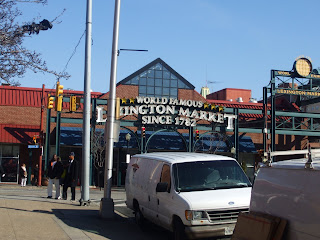 Now the fun part, all the proposed lines. The "Blue Line" is the basically the existing Central Light Rail extended to Ritchie Highway in Glen Burnie. It does however need to be buried underground to aid in the Westside's Revitalization. The Blue Line does not go to BWI like the Central Light does that will be discussed later. 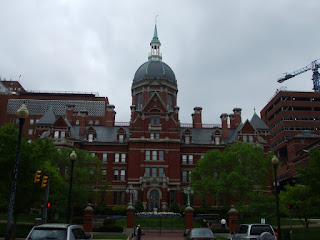 The "Green Line" is basically the Metro Subway from Hopkins through, Northeast Baltimore, White Marsh, Middle River, and connecting to the "Purple Line" Amtrak/MARC station at Martin State Airport. The new and the old will be located underground as well. 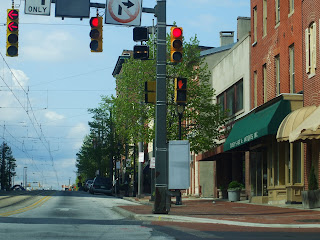 Mass Transit can be controversial to say the least. It's something that can be a money drain, some blame it for the troubles at Owings Mills Mall because it's located at a Metro Station and the line goes through bad neighborhoods. i don't personally believe this however. I think if it's done right mass transit can help revitalize and gentrify a neighborhood. The proposed "Red Line" will go through some of West Baltimore's worst Neighborhoods such as Franklin Square. Harlem Park, Rosemont, Poppleton, and Midtown Edmondson. 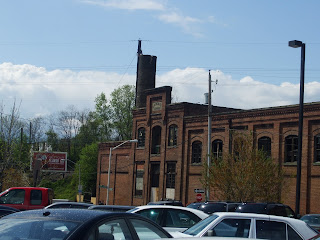 The fact that these neighborhoods are located here can make them a huge selling point if done right. It can lead to rehabbed isolated vacant properties and redevelopment of vacant blocks into high density mixed use mixed income housing, retail, offices. However if this is done above ground it will add to the congestion of the roads and lack of ridership because the transit vehicles would have to navigate traffic and have a less of a right of way. However if everything is underground the vehicles can travel faster thus increasing ridership. Howard St. will benefit greatly if its light rail is underground in every way shape or form.
*Update Baltimore and the state of Maryland have all but abandoned the Baltimore Regional Rail Transit Plan in favor of a $1 Billion upgrade to I-95 from I-895 to White Marsh Boulevard including a redesign to the Eastern interchange of I-95 with I-695 and new EZ pass lanes. That $1 Billion could have built the Green Line in its entirety not just to Morgan State University but all the to White Marsh and Martin State Airport. The Purple Line could also have been built with that money. This project won't clear up traffic but it will set the state back a lot and encourage more suburban sprawl rather than focusing on repopulating the city.
Posted by Spence Lean at 5:17 PM

Hey Spence! Nice Blog. I especially agree with your posts on I-170 and encouraging the investment in the public transit lines.

One word of caution. The word "Gentrify" is thrown around a lot nowadays as if it were a synonym for "improve". However, the origin of the word in British social theory carries quite the opposite meaning.

Essentially it refers to the "landed gentry" (read: wealthy landowners from outside the city, aristocrats and such) who would come in to the city and buy up properties that were once working class and modestly priced neighborhoods, and displace the stable communities previously living there.

Gentrification, in this original usage, signifies the destruction of working-class neighborhoods, families, and political power.

Besides the disruption of bases of local political power, the tax revenue that might be generated by these new developments are small in comparison to the amount of profit from rent that is funneled out of the city into the surrounding counties, or further.

If you are an friend of democracy,
make no mistake, this is not a good thing.