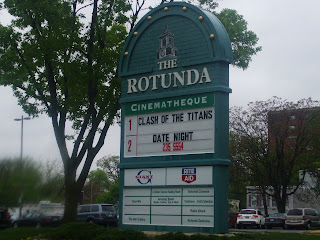 The Rotunda, located in the northern outskirts of Hampden either needs some major redevelopment. Otherwise, I fear its fate will won't be pretty. I know this because my Home Town and Current City is Columbia. I see some parallels with Columbia's Wilde Lake Village Center with the Rotunda. Wilde Lake had a Giant a little smaller than the Rotunda's. Wilde Lake's Giant closed in 2006 after 39 and a half years in business because it refused to expand and compete with newer Grocery Stores (mostly other Giants), it has yet to be replaced nor has there been a viable redevelopment plan. Despite Wilde Lake Giant's poor business before it closed Wilde Lake was almost completely leased out. After its closing, merchants have been leaving at an alarming rate draining what little vitality is left in the ailing Center. 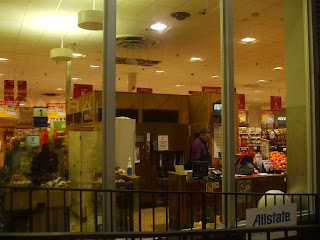 Like Wilde Lake, pre 2006 the Rotunda is anchored by a Giant Supermarket which is small dingy and outdated. Worse than that, new or renovated Supermarkets have popped up in neighboring communities. A Shoppers has opened in the newly expanded Mondawmin Mall, a Giant (much bigger and better) has opened in Waverly, the Superfresh a few blocks away has completed a renovation as has the Safeway in Charles North, and a Supermarket is planned with the Lowes on the soon to be former grounds of the Anderson Automotive Site in Remington. Can you see the writing on the wall? I know I can. 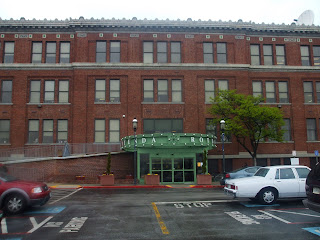 The Building the Rotunda currently occupies was built in 1921 to house the headquarters of the Maryland Casulty Company. 50 years later it became the Neighborhood Shopping Mall that we see in the picture above us. Almost 40 years later not much has changed, except the vacancy rate which has sky rocketed and the vitality of the Center which has plummeted. The four story structure, in addition to the Giant is home to a Rite Aid, the newly reopened Rotunda Cimenatheque, a Hair Cuttery, a Radio Shack, a Dry Cleaners, an Optician, a Book Store a Craft Store, Casa Mia Pizzeria, and a few other Shops a (I haven't been able to find a current tenant roster so I'm going from memory from when I took these pictures) 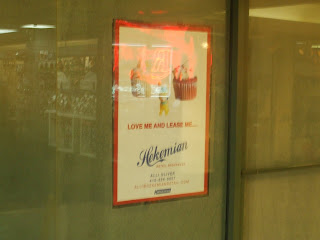 These have popped up recently as the Charm City Diner and TCBY have closed. Plans for the owner of Cafe Hon to open the "Coffee Cart" in the Rotunda were scrapped. Perhaps the best thing to happen to the Rotunda was it bring purchased by the Hekemain Corp. Hekemain wasted no time in coming with an ambitious redevelopment plan. Original plans included a new Giant, the Rotunda Cinematheque, and several new taller buildings with upscale ground floor retail, apartments, condos, and a hotel. 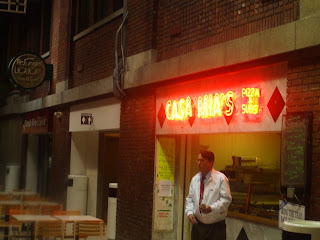 Now perhaps the worst thing to happen to the Rotunda, at least in recent memory; the economy.
When the economy went bust so did any redevelopment plans for the Rotunda in the near future. Hekemain has remained firm in their commitment to eventually redeveloping the Rotunda though it might be scaled back, more recent plans show that the Hotel and Condos were scrapped. 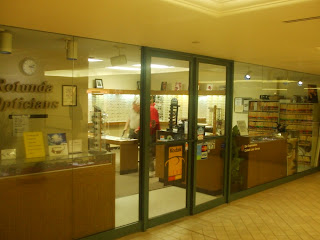 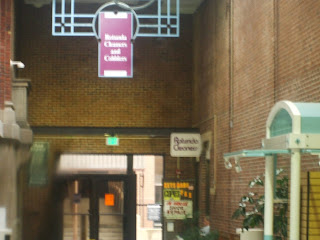 The Giant, in addition to the Mall Entrance has another set of doors directly leading directly to the parking lot. That puts the remaining tenants in a bind. My visits to the Rotunda outside the Giant is a virtual Ghost Town. Hekemain is right that redevelopment is the only option for the Rotunda but how can the Rotunda retain its smaller tenants when the anchor tenant doesn't draw traffic into the Mall? I think a short term fix would be to seal off the outside doors to the Giant. This would force Giant Shoppers into the Mall and may lead to boost in patronage of other businesses. I could also see this back firing and Giant would see a decline leading to further drainage of the Center's vitality. 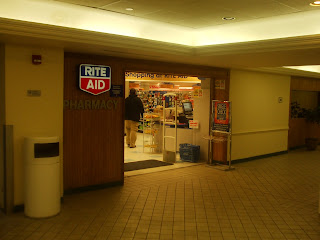 So what's the short term solution? I really don't know. Hekemain could show some good faith to struggling tenants who owe back rent (assume there are any) by forgiving their debts. Other than that, I don't see much else that can be done right now besides waiting out the recession. Speaking of waiting out the recession, Giant has promised to relocate to its new building when redevelopment takes place making my projection of Giant leaving the Rotunda completely false. In this instance I'm glad I was wrong. And as far as Hekemain is concerned they WILL redevelop the Rotunda in due time and it will look great. 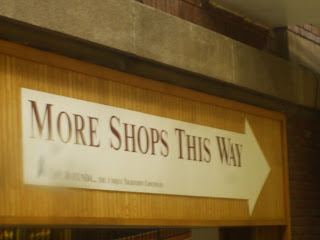 The sign wasn't meant to be interpreted this way but more shops are on the way. Hekemain still wants to bring in new upscale tenants to the redeveloped Rotunda. Even without the Condos and Hotel there will still be several hundred Apartments and Offices and Hekemain is in talks with a large Book Store. Seeing as there's already a Barnes & Noble in Charles Village I'm going to go out on a limb here and say it's a Borders. The Rotunda will rise again! 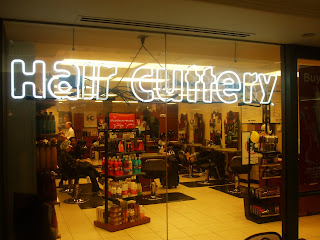