Boston St. Didn't We Already Have This Conversation? 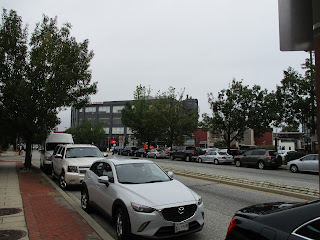 So the conversation that we already had was and is the widening of Boston St in Canton. The conversation, spear-headed by Senator Barb 40 years included not extending the JFX past President St., down the Fleet St./Aliceanna St. corridor and down Boston St. to meet I-95 where the current travel plaza is. This same conversation canceled running I-70 through Leakin Park thereby preserving it. However, the road to nowhere had already begun construction and had shattered West Baltimore. 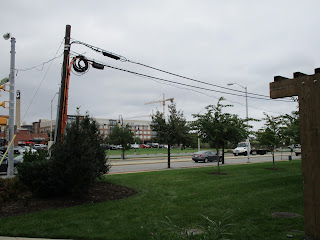 Luckily the JFX was canceled before the demolition of the classic, historical, and highly sought after row homes of Fells Point and Canton. Both Neighborhoods 40 years ago the then industrial waterfronts were being abandoned and the Residential Row Homes were becoming more and more boarded up. Luckily the cancellation of the I-83 extension allowed for the Fells Point and Canton Neighborhoods to be rediscovered and Row Homes were re-occupied and rehabbed. Eventually the abandoned waterfront became sought after to developers and high density mixed use products have flanked the once desolate waterfront. 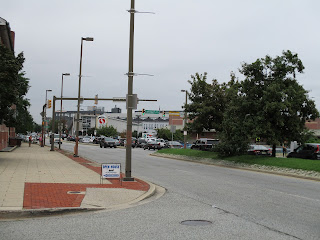 So here we are in the 2010s where Fells Point and Canton are two of the hippest areas of the City with continuing growth. Since Baltimore's Rail Transit (or lack thereof) is a joke, the influx of new Residents must use their cars to get almost everywhere. This is especially true on Boston St. in Canton. Not only is it a Neighborhood thoroughfare but it is also a connection to I-95 and I-895. so one can imagine that the street is quite congested. 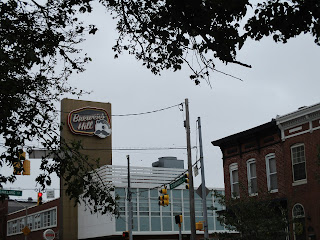 And it is. It is very congested. In the suburbs when a street that has had multiple new developments on it, it's widened. However, we are not in the suburbs. We are in the City. Boston St. is already quite wide considering the urban landscape it serves. The proposed widening of Boston St. sounds awfully familiar as well. As if we had this conversation 40 years and it was defeated. The similarity to today's conversations regarding Boston St. is striking such as "making Boston St. into a Super Highway." 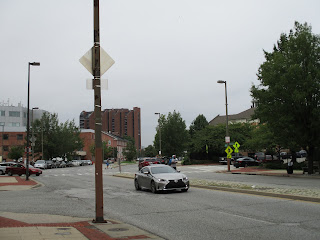 Don't get me wrong, I'm not happy with the traffic congestion that Boston St. experiences. I just believe that widening it is not the answer. When living in a City, everything is supposed to be within arms reach. If it's not, it's a short walk, bike ride, or transit ride away. The constant use of a Car for everything in a City is the symptom of a much larger problem; lack of transit and/or walkability. 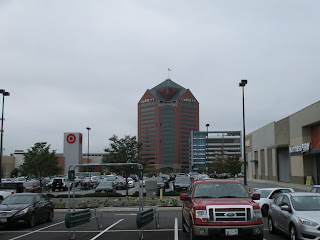 The long term goal to solve traffic woes on Boston St. and any through street in the City needs to be a comprehensive Regional Rail Transit Plan put into action. For Boston St. and Canton this means the Red Line. I know the Canton Community was one of the biggest opponents of the Red Line prior to its cancellation but the Red Line that I'm proposing takes a different route through the Southeast. The proposed Red Line unilaterally cancelled by our fearless leader went down Fleet St. tunneled and then down Boston St. at street level thereby creating more traffic backups than it solves. 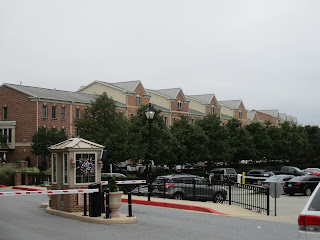 I could see why that would upset Canton Residents. My Red Line proposal differs greatly from that proposed prior to its 2015 cancellation with no input. The biggest differences are arguably in the Southeast. East of Downtown, my Red Line would split in two where the north route goes above Patterson Park to Bayview where they join together ultimately traveling to Sparrow's Point. That's neither here nor there since the south route is the one that directly serves Canton. This will simply travel the length of Eastern Avenue completely tunneled thereby serving a larger population of the Southeast (since Boston St. is right next to the water) for greater ridership serving Upper Fells Point and Perkins Homes which the other plan did not. Not being directly in the Canton Community will allow for "Shuttle Bugs" to go to certain areas like the Safeway or Canton Crossing from the Eastern Avenue Red Line Stop similar to those seen at the Woodberry Light Rail and Mondawmin Subway Stop. 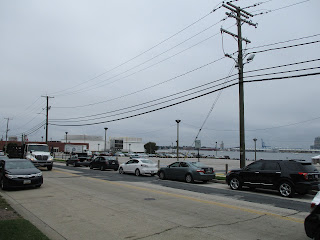 Now the Red Line is not the entire solution to traffic woes on Boston St. There will need to be improvements to continue to encourage modes of transportation other than automobile. This includes a streetscape makeover with new sidewalks, curbs, cross walks, additional lighting, bus shelters, dedicated bike lanes and relief islands in between directions of traffic. The bike lanes should be uninterrupted and should also travel at least one block north of Boston St. on all side streets. 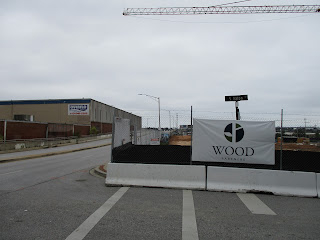 The pedestrian and biker improvements are not exclusive to the new mixed use area of Canton. East of Canton Crossing, Boston St. narrows to just one lane in each direction and takes on an industrial nature. This is where I believe additional improvements are needed as much if not more than in the newer area. Although I'm opposed to widening Boston St. into a "super highway" I do think that turn lanes should be added to improve the flow of traffic. In addition to the turn lanes, all railroad crossings will be elevated so that traffic flow isn't impaired by crossing trains. This also where my proposed Southeast Community Path is located which will also be elevated over Boston St. Most likely this area will be redeveloped in the future. 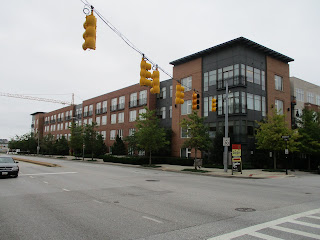 For the question of whether or not we had this conversation already, the answer is yes and that killed an interstate running through the current right of way for Boston. St. Now, despite the fact that Canton has had a renaissance they are talking about widening Boston St. again as a "super highway" that is sure to kill what walkability was already there instead of enhancing it. Lets end this conversation once and for all the same way; with highways out of the City and walkability and Rail Transit prevailing. 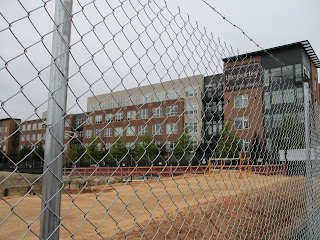