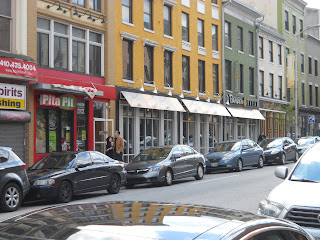 During the initial stages of the Westside of Downtown's revitalization, there was a slogan being used known as The West Has Zest! Sadly a slogan is just that, a slogan and just saying that the West has Zest doesn't make it true. It is indeed true that for the most part, the West does NOT have Zest. I did however find a small area of the Westside that does in fact gave Zest; Baltimore St. the 300 and 400 blocks to be more specific. This begs the question on what was done right on Baltimore St. and how that can be duplicated to bring Zest to all the West. 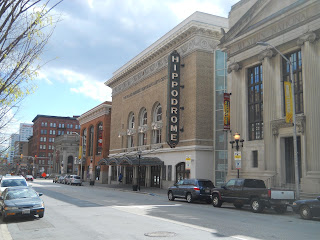 So lets now focus on why W. Baltimore St. has zest. There are many reasons but the ones that stick out to me are that the buildings in good enough shape were gutted and rehabbed from the ground up, it's very close to UMB, the Hippodrome, and Camden Yards, and there is a critical mass of people in the area. There is also a high rise mixed use building under construction on W. Baltimore St. under construction that will only add to the critical mass of feet on the ground needed to sustain a Downtown. 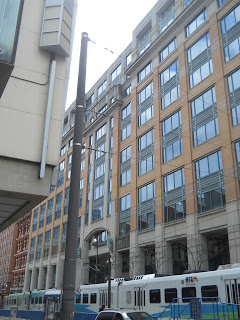 Unlike my previous post on Charles North, the Westside of Downtown will need new high rises to sustain itself. In fact, the very street that this post focuses on (W. Baltimore St.) has a new high rise under construction at the writing of the post. I think of West Baltimore St. as its own little sub-district within Downtown's Westside. In order to bring Zest to the rest of the Westside, I'm going to develop five additional sub-districts like W. Baltimore St. further act like catalysts. 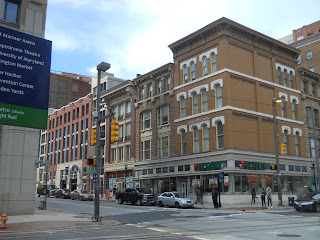 The first sub-district, like W. Baltimore St. already has Zest. I'm talking of course about the University of Maryland Baltimore Campus. The campus has grown considerably in the past 15-20 years with new buildings replacing old ones. However, the campus (including the University of Maryland Medical Center) stops at Fayette St. and it appears there's an invisible line that Students appear not to cross. My solution would be to create student housing with ground floor Retail and upper floor Residences along Greene St., Paca St., and Eutaw St. between Fayette St. and Lexington St. which will connect the University to Lexington Market. 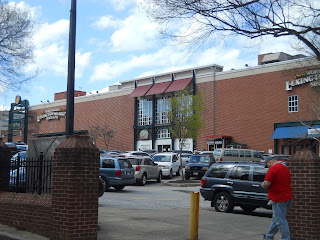 The second sub-district is Lexington Market itself. Lexington Market could really use a shot in the arm in terms of its surroundings. The market itself will be undergoing a massive renovation in the coming months which should be helpful. However, the surrounding area remains untouched. Before the economy crashed, there were plans to build three high rise Apartment and Condo Buildings over top of a small parking garage directly across Paca St. from Lexington Market. I think this project needs to be re-opened and ultimately built to increase density and Residences by Lexington Market. 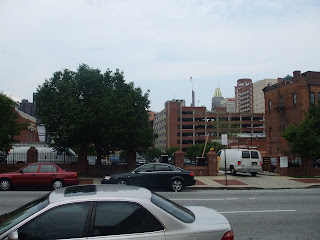 On Paca St., just below Lexington Market is a small surface parking lot. I would like to see a transit hub built here with a mid rise Hotel above it. If Lexington Market is to be a world class destination, it deserves a Hotel right next to, if not attached to it. On the north side of Saratoga St. just east of Paca St., lies another surface parking lot which I believe should house offices on the upper floors and Retail on the ground floor. Both of these new buildings will feature underground parking. Also in the Lexington Market sub-district is yet another surface parking lot on the west side of Greene St. below Saratoga St. This should be the site of a high rise mixed use Residential building. The boarded up row house Retail on the 600 block of Lexington St. will have to be demolished to make way for this new building. 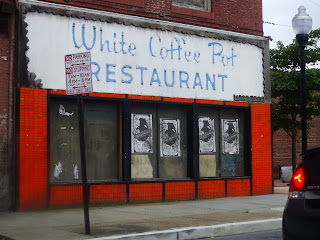 The third sub-district is Howard St. between Lexington St. and Centre St. I have purposely omitted the "Super Block" for this post since it's its own monster. This stretch of Howard St. has some beautiful historic buildings that are predominantly vacant and boarded up. There are a few Retail stores still open on the ground floor of these buildings but their upper floor windows are either boarded up, filled with cinder blocks, or gone from the facade all together. This is a shame because these blocks of buildings could make for a gorgeous little village in the middle of Downtown if restored right. 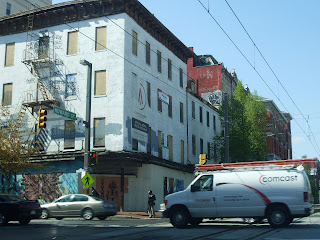 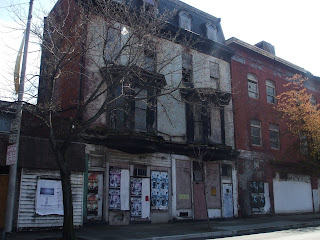 The fourth sub-district is Franklin St.and the blocks surrounding it. I've never noticed before but Franklin St. has a decent number of surface parking lots that if developed, it will spur reinvestment and redevelopment of existing buildings. Between Howard St. and Park Avenue there sits the former Hoschild Kohn furniture building has been restored to the 520 Park Apartments. I think a new Condo Building with Franklin St. frontage with a height similar to the existing 520 Park Apartments. Another similar building with Offices instead of Condos will be built on Howard St. just below Centre St. 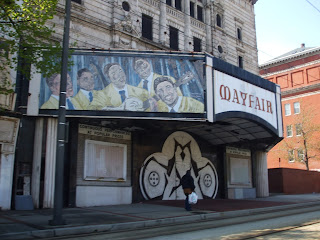 I would have loved to save the Mayfair Theatre or at least the marquis but decades of neglect and a recent fire have made that impossible. Any new development at the Mayfair will see that entire building torn down. Luckily the old Congress Hotel has been restored and is now home to the Baltimore Ethical Society. In that block, I would propose building a mixed use building that has frontage on Franklin St., Howard St., and Eutaw St to complete the block. Just below Franklin St. on Park Avenue sits some dilapidated row house Retail. I would have that redeveloped along with the surface lot adjacent to it as new row house Retail with functioning Apartments above it. 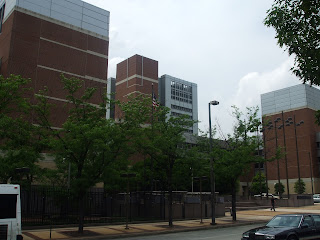 The fifth and final sub-district consists of one behemoth building; the vacant Social Security building. This building is super-block within itself and is ugly, over-sized and most likely can not be reused. In addition to the building's design woes, the eastern end of the road to nowhere impedes on it. With that being said, I obviously want to knock it down and start from scratch. What I don't know, is how redevelop it. I assume it will be several buildings of very density and heights. The road to Nowhere bridges will have to be torn-down in conjunction to revise the traffic patterns on Franklin and Mulberry Streets as well as MLK Boulevard. The end result. whatever it may be needs to act as a gateway to Downtown from West Baltimore and vice versa as well as a gateway between Seton Hill and Downtown. 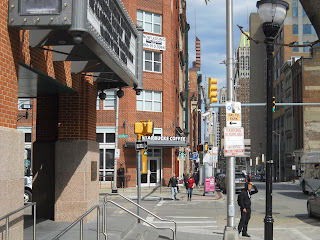 Bringing Zest to the Westside of Downtown will be an uphill battle but the rebirth of the 300 & 400 blocks of West Baltimore St. shows that it can be done with the correct mix of stores and new and old buildings. I don't know is Zest can return to the other sub-districts I mentioned but I can say that West Baltimore St. has Zest. 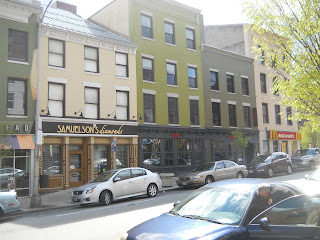 Posted by Spence Lean at 4:31 PM No comments: