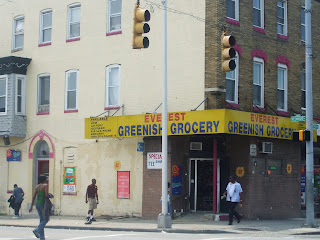 If you were to open the dictionary and look up the term "redlining", you will see Greenmount Avenue as the definition. To the west, are the sprawling mansions built by the Roland Park Company in Guilford and Homeland. To the east are the cookie cutter row homes and small detached homes of Waverly, Penn Lucy, and Govans. Over the years, Greenmount has become a dividing line between rich and poor, black and white, and blight and upkeep. So now I'm going to talk about how to cross Greenmount Avenue and redevelop it into a Main Street for Communities on either side of it. 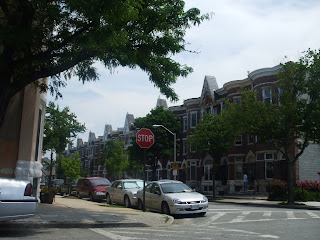 This has proven to be a tremendous undertaking as the York Road/Greenmount Avenue Corridor has multiple renewal plans in effect that have produced very little in terms of results. This post will focus on two Neighborhoods on either side of Greenmount which when this far into the City, the redlining has stopped but is rearing its ugly head again; Barclay and East Baltimore Midway or "Midway" from here on out. This stretch of Greenmount runs from North Avenue to 25th St. with Barclay to the west and Midway to the east. 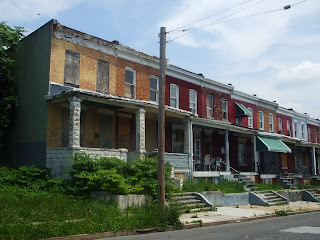 Both of these Neighborhoods have seen massive neglect, blight, and crime up until the early 2010s. Midway continues to see to this decay today but Barclay lately has seen very large amount of redevelopment with mixed income Apartments, Town Homes, both for rent and purchase as well as both new construction and rehabbing of existing homes. There has also been a focus on green space. Like its wealthier neighbors to the north, the Renaissance if Barclay stops at Greenmount and doesn't head east into Midway. 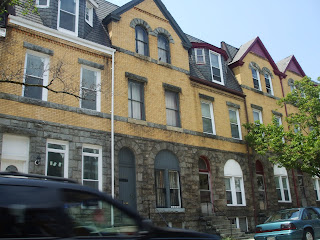 First, we must look into the future and assume there will be an Administration that favors Rail Transit again. The Yellow Line was meant to run from Towson to Columbia and its northern route was to run along Greenmount Avenue and York Road. The Yellow Line Stop I'm proposing for Barclay/Midway will be at its southern border at Greenmount and North Avenue. The Yellow Line will be tunneled and all development must adhere to this being a future stop. 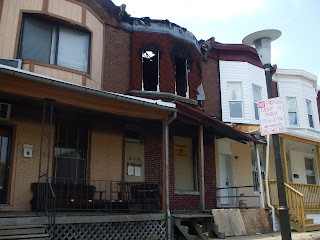 One way Barclay has improved recently has been redeveloping 20th and 21st St with Town Homes and Apartments that face Greenmount. However, when crossing Greenmount into Midway on these streets, it returns to blight. That is why I would like to mirror 20th and 21st in Midway to what they have become in Barclay by redeveloping 20th to 22nd in Midway with an almost identical layout. This area has an existing urban farm that will not be impacted. 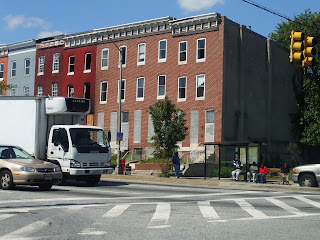 Although new construction will play a large role in the redevelopment of Greenmount, it won't be all of it. In fact, homesteading and rehabbing existing houses in more stable parts of the Neighborhood will make up larger portion of the area than new construction. The "preservation area" as I'm calling will start at Greenmount between 22nd and 23rd Sts., before dipping down Boone St. and up Kirk Avenue to Bartlett St., then up Kenwood Avenue to 25th St. dropping down Loch Raven Boulevard to Cookesbury Avenue meeting 23rd St. Although new construction will be necessary to infill vacant lots, the goal here is to not to tear down existing houses. This is also a great place to implement to the $1 Row House Program. 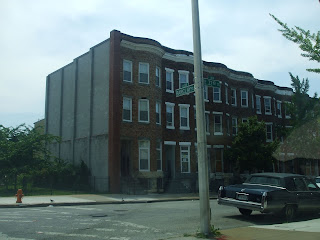 A big part of redevelopment for the Midway area is recreation, education, and food. As Schools fight for construction dollars to rebuilt, I'm proposing consolidating Dallas F. Nicholas Elementary, Cecil Elementary, and Harford Heights Elementary into one new building on North Avenue between Kennedy Avenue and Aisquith St. By combining Schools in nearby ailing buildings, into one new building, it lowers the deficit between open seats and declining overall enrollment citywide. 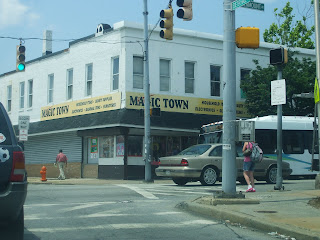 On the recreation side of things, I plan on building a large indoor/outdoor swimming pool(s) at the site of Cecil Elementary School. In addition, Greenmount Recreation Center between 23rd and 24th St. on the Barclay side of Greenmount will be redeveloped along with the building next door into a new 21st Century state of the Community Center with a gym, theater space, computer lab, meeting rooms, and tutoring spaces. Across the street, Mund Park will be renovated to remove Boone St. from the middle of it and add a Baseball Diamond, Tennis Courts, and Basketball Courts. 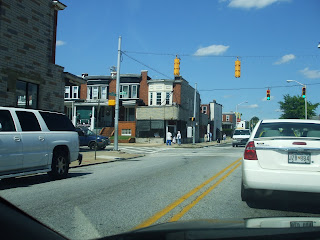 Although the Barclay Midway area qualifies as a food desert, there are many larger ones with even fewer Grocery options. That being said, the area can still benefit from an additional Grocery Store. Which is why I'm proposing rehabbing the large building on the west side of Greenmount between 24th and 25th St. into a locally owned Farmer's Market Co-Op with the second floor to be used as Apartments. Although this is just a few blocks from the famous Waverly Farmer's Market, this new Grocery Store will be indoors and open everyday. 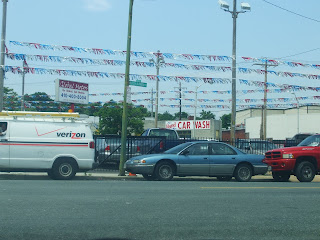 The last and perhaps the most dramatic part of this plans includes building new Apartments on both sides of the eastern intersection of 25th St. and Greenmount Avenue. These new buildings will be amenity filled market rate buildings that will show the area is turning a corner. This will also be the Retail Hub for the Barclay Midway area as the ground floor will serve as Neighborhood Retail. The industrial land uses currently occupying that space will be moved to Loch Raven Boulevard above 25th St. where there is vacant industrial buildings and land available already. If these Apartment Buildings are successful, I will implement a similar redevelopment initiative at Greenmount and 29th St. the current site of Waverly Towers Shopping Center. 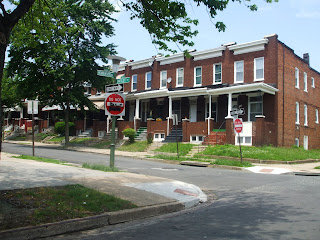 Barclay has made tremendous strides in redevelopment and crime reduction the past few years. Unfortunately the historic idea that such changes can only occur west of Greenmount has reared its ugly head yet again. This time, we must cross Greenmount in the midst of the Barclay changes so that Midway can benefit at the same time. If successful, perhaps other communities will try crossing Greenmount.
Posted by Spence Lean at 10:11 PM 2 comments: 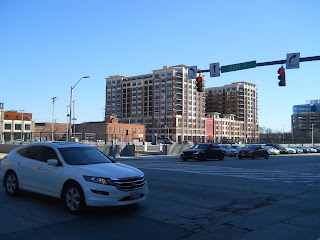 It was bound to happen, I wrote warning posts, I wrote posts on how and where Developers should revert funds to keep this happening. That being said, here we are. The new construction market for Apartments in Baltimore is officially oversaturated. As the Market recovered from late 2000s recession, the market for Condos did not. This is why many proposed Condo projects switched to rental Apartments. And then a frenzy of luxury mid to high rise Apartments began popping up throughout the gentrified parts of Baltimore at a break neck pace. 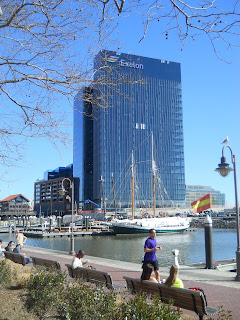 The number of Apartments that have been completed or in the pipe line or proposed is staggering; Stadium Square, The Rotunda, McHenry Point, Harbor Point, Inner Harbor East, Wells St., the Pepsi Building, Canton Crossing, 414 Light St., Harborview, various buildings being re-purposed Downtown, multiple proposed high rises in Little Italy, Anthem House, Anthem House II, and Port Covington. When will it end? Also keep in mind I'm sure I've left out many other projects that didn't come to mind. 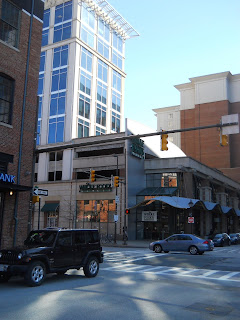 Although the number of Apartments is high, the rent is much higher and that is what concerns me. As rents go up, the number of people who can afford those rents goes down. How often do you happen by an Apartment Building under construction, see what the rent is and go "Who can afford to live here?" Especially since a lot of these new Apartment Buildings are targeted at Millennials, a generation entering an awful job market already saddled with Student Loan debts and are lucky to find a job that pays a living wage let alone the ability to afford $2,000 a month for an Apartment the size of a closet. 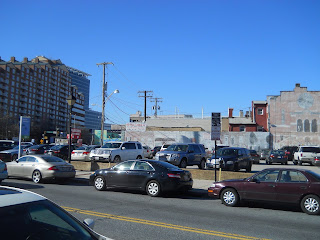 I have feared this oversaturation for a few years now and now, according to the Baltimore Business Journal, the median rents for Baltimore and Towson have gone down. When something like this occurs it means the supply outweighs the demand. In this instance, it means that it's been tough finding tenants for these Apartments. This makes sense since Baltimore's crime rate has been in the news ever since the unrest of April 2015. Additionally, the overall population has gone down by 6,700 Residents in the past year. These statistics don't bode well for builders of high end Apartments trying to fill units. 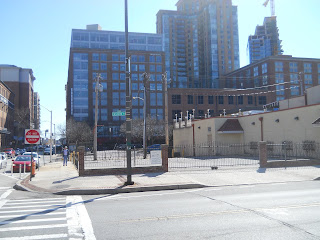 So now what? Well, the only way to make these new Apartments successful is to fill them. That might mean lowering the rent for projects that have begun construction. This might not mean lowering the amount of the rent check tenants have to write each month but it include free parking, free dry cleaning at a nearby location, free gym membership, or free utilities. These expenses all add up so having them taken care of by your landlord will make the high rents worth it. I don't think the actual rents will go down by much if at all since doing so would make investors think twice before pumping anymore into the Baltimore Market. 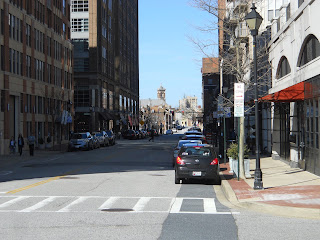 Now I'm sure you're wondering why investors should continue investing large amounts of money into a shrinking City with an already oversaturated Apartment Market? Well, the Baltimore real estate market is more than just high end Apartments in showcase Neighborhoods. It may surprise you to know that despite the population loss, there is a robust market in other parts of the City for new low to moderate income housing both for rent and for purchase. In this case, the supply and demand factor is the opposite of the high end Apartment Market; high demand low supply. 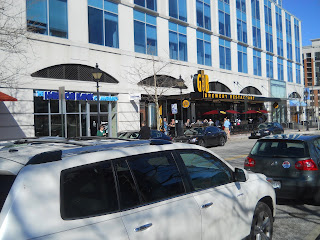 How do I know this? In the few instances in which affordable housing be it for rent or for purchase has gone up in struggling Neighborhoods, they're or sold at a record pace. If anything were to fall through with financing for buyers or renters, the developers have long wait lists they can fall back on. Now, does this mean I'm advocating for abandoning any and all high end Apartment projects being built in the City and focus solely? Not at all. However, I do think Developers are milking one segment of the market dry while ignoring another cash cow. 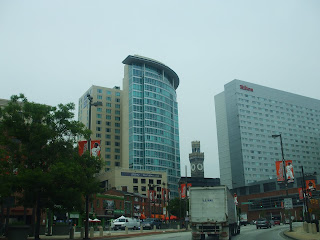 So imagine if you will, if Developers of the proposed additional high rises in Harborview, Canton Crossing, 300 E. Pratt, and Port Covington diverted those dollars into areas like Sandtown, Druid Heights, Upton, Park Heights, and Broadway East, I believe the population loss in Baltimore would
reverse and growth would occur as would the job market for Residents in those areas. Crime would go down, the tax base would go up, as would overall investments infrastructure and School Construction. 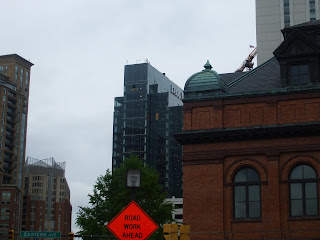 Now lets fast forward 10-15 years into the future. After all this investment in poorer Neighborhoods has been beneficial to the City and its crime rate, what do you think the demand will then be for higher end Apartments? If you said higher, you're right. As more vulnerable citizens are the focus of investment dollars be they public or private, everybody benefits, if the small percentage of people in the City who can afford these $2,000 are the focus of investment dollars, only they benefit in the short term, the rest of the City gets left behind, and we have the oversaturation we see today. 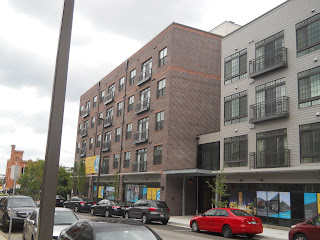