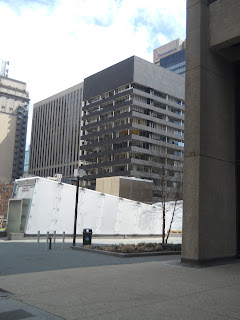 The complete redevelopment of the Inner Harbor and surrounding Neighborhoods started not with Harbor Place but with Charles Center. The City wanted to have a stable Central Business District before looking into more recreational redevelopment opportunities like the Inner Harbor. Since then, the Central Business District, whose boundaries are similar to that of Charles Center have seen a flight of Office Space to newer developments like Inner Harbor East, Harbor Point, Locust Point among others. 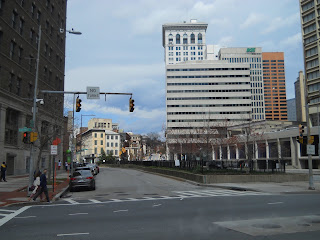 So where does this leave Charles Center? It leaves Charles Center in a much more competitive position than it has ever been in. It used to only have to compete with suburban sprawl but now as the City Comes back, more and more high density office parks are being developed on land that was once industrial including Stadium Square and Canton Crossing to name a couple. These new developments have been completely cleared and their infrastructure has been redeveloped allowing them amenities not found in older developments. 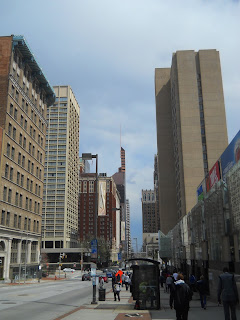 Again, I ask you; Where does this leave Charles Center? These days many buildings or parts of buildings in Charles Center have been converted to Apartments and/or Condos. I consider this to be a double edged sword. When Charles Center was first built, Residential space Downtown was lacking as it was all offices. From that perspective I welcome a mix of uses to create a vibrant 24 hour atmosphere which will make allow Retailers seek out ground floor space. 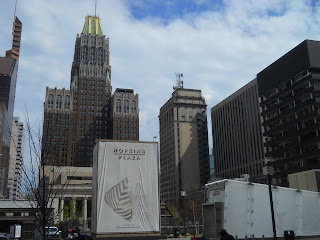 So it's all good with Charles Center right? Wrong! The Residential conversions are welcome but only to a certain point. After all, this is the Central Business District we're talking about here. We don't want to have it completely taken over by Apartments and Condos. If it's hard to lease out space in Office Buildings, Residential conversions are the go to solution and Charles Center is no different. But again Charles Center is the Central Business District which should means it should provide the highest level modernized office space with infrastructure to match. 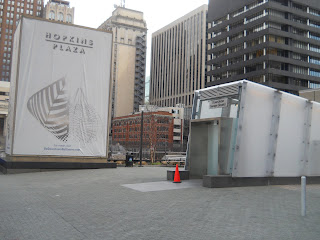 So does Charles Center have this? Well, it did when it first opened. However it's easy to see that Charles Center was a product of its time. The rest of Downtown was decaying at a rapid speed during the planning and construction of Charles Center. Therefore, it was thought that building its office buildings as walls between themselves and the urban decay surrounding it was born. Indeed, there is a disconnect. These days, it's all about  connectibility from one Neighborhood or District to the other. 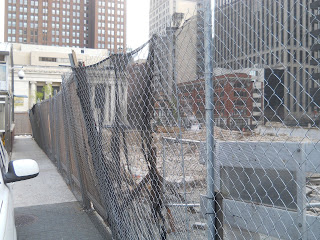 So keeping connectibility in mind is crucial for future redevelopment or re-purposing in Charles Center. At the moment the old Mechanic Theatre site has been leveled and is slated to be a high rise consisting Ground Floor Retail, above ground parking levels, and Office and Residential on the upper floors. Personally I don't like how parking garages are above and are accounting for entire levels of buildings. Either wrap the building around the Garage so you can't see it, or make parking underground. Fortunately, this building has yet to be built, is straight and not tilted. 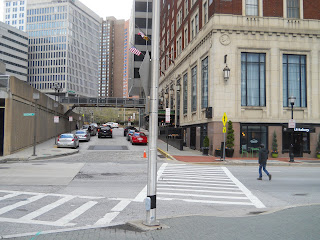 Now lets look at a couple of buildings that have been re-purposed from Office Buildings to Apartment Buildings. The Park/Charles building was re-purposed from Offices to Apartments recently. I honestly would have torn down and redeveloped this building and extended to Lexington St. from Liberty St. to Charles St. the replacement building regardless of what its uses would have been curved on the Liberty St. side and straight  along Lexington St. to respect the layout of the streets that serve them. 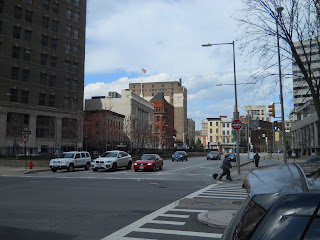 Then there's 39 W. Lexington. I would have done a complete exterior facade upgrade to make it blend in more with the buildings west of it. I think with Charles Center blending into the Westside of Downtown more seamlessly, redevelopment efforts for the beleaguered super block just west of Charles Center will speed up. 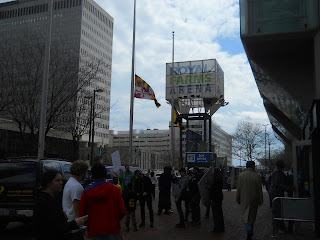 Now lets talk green space. Charles Center has always been a concrete jungle in my opinion lacking true green space. True, there's open space areas like Hopkins Plaza but they're sorely outdated and still concrete and bricks. I would renovate Hopkins Plaza and the green space north of Lexington St. to feature a more park like setting with grass trees, and landscaping. If the Park/Charles building does indeed get redeveloped the way I'm purposing it to be, part of its existing footprint would go to expanding the space north of Lexington St. 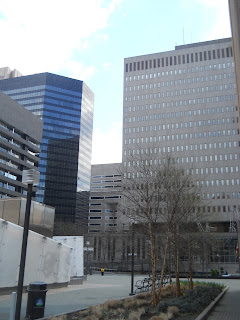 In terms of redevelopment throughout Baltimore, Charles Center is the original and as such it has turned into a dinosaur when compared to newer developments. Although I think the Apartment conversions have been good to the area, I think there can be such a thing as "too much of a good thing" so moving forward Charles Center needs to remain a competitive option for Office Space seeing as it is the Central Business District. Keep it Competitive. 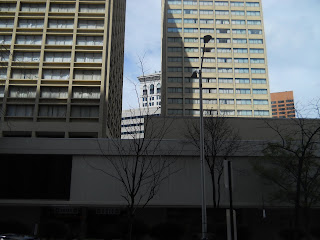