Sharp-Leadenhall Homes: A Matter of Time 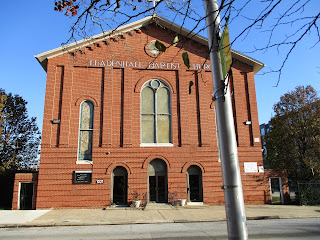 Gentrification has come to South Baltimore. This is a fact that can no longer be denied. It started in Otterbein by rehabbing rand rebuilding homes that had been condemned or torn down by the proposed right of way of I-95. Then it turned east into Federal Hill and then south into Locust Point. There is one place in South Baltimore that it seemed to have missed until now; Sharp-Leadenhall. 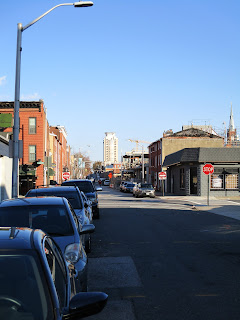 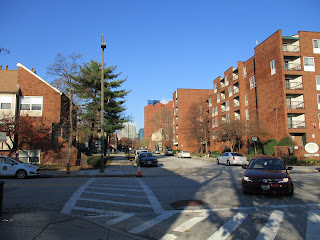 Right now the Community appears to be in waiting. As project after project inches closer and closer to this historic enclave, it will only be a matter of time until the developers come for the Sharp Leadenhall Homes development. Sharp Leadenhall Homes is a public housing development that when compared to others has fared very well and leaves little to no blight on the Community. 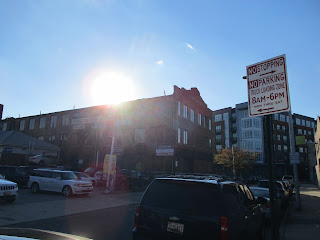 One thing Sharp Leadenhall doesn't have is nightlife. It also doesn't have the best connectibility to the neighboring stadiums just across the Middle Branch. Also across the Middle Branch is a burgeoning entertainment district. First of course there's the Horseshoe casino that opened in 2014, now riding the coattails of the Horseshoe will be Top Golf will be opening its first Baltimore location along Stockholm St. not far from Sharp Leadenhall where the current BARCS animal shelter is. In addition, the new Hammerjacks will not be far away either. 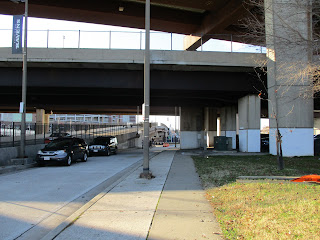 So what do these new projects have to do with Sharp Leadenhall? Well, they want to promote a nightlife for the area and that area includes South Baltimore all of it. I can't address Sharp Leadenhall Homes without addressing its new neighbor(s) to the south; Stadium Square. This was once a largely vacated mishmash of old industrial buildings that faced the I-95/I-395 bridges. It also connected, or failed connect Sharp Leadenhall and the stadiums to Federal Hill and South Baltimore. 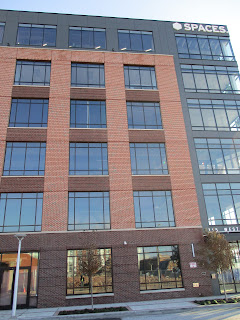 When completed, Stadium Square will feature new Retail, Apartments, Offices, and garage parking spaces. This will almost provide the much needed link between South Baltimore and the Stadiums and the burgeoning entertainment District they're adjacent to. These new developments will surely promote walkability and nightlife throughout these newly gentrified areas of the City. Sadly in order for that to occur, there's one major hurdle. 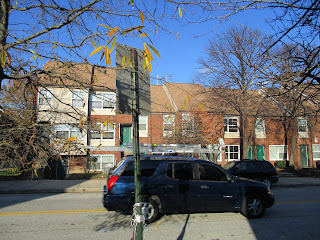 You guessed it, Sharp Leadenhall homes. South Baltimore and the stadiums are connected via Hamburg St. and that travels directly through the public housing development. It's going to be just a matter of time until developers begin proposing redevelopment options for Sharp Leadenhall homes in order to continue gentrification and protect their existing investments like Stadium Square. 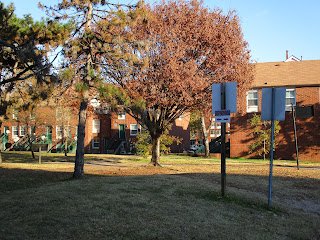 The sad part is that Sharp Leadenhall Homes is not the crime infested ghetto one associates with public housing. However, as Neighborhoods gentrify just the two words "public housing" can keep people away be it future Residents, Businesses, Tourists ETC. So now what? Do we just tear down it down? Well.... luckily there are other parts of the greater Sharp Leadenhall Community whose redevelopment or rehab won't be so invasive to existing Residents. I'm aware this is merely buying time until the unavoidable comes to fruition; the redevelopment of Sharp Leadenhall Homes. 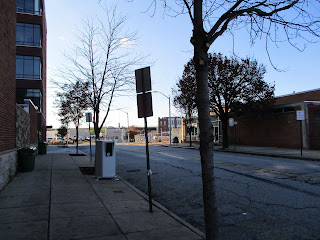 Hopefully I'm wrong. Hopefully all the new Residents and Businesses brought in by Developments like Stadium Square will welcome their neighbors to the north in Sharp Leadenhall Homes. Hopefully they will embrace their mixed income status instead of vying to be an exclusive, posh, high end Neighborhood like Inner Harbor East and don't kick out their Neighbors who were there first. Hopefully it won't happen, but I have a feeling that the redevelopment of Sharp Leadenhall Homes is just a Matter of Time away. 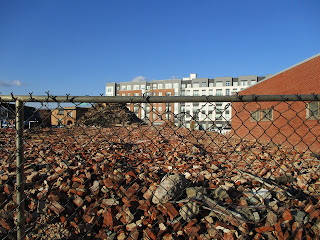