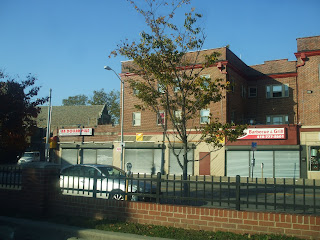 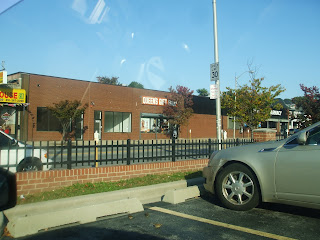 The Retail selection in Forest Park lackluster at best. Then again the adjacent housing stock is distressed at best. This post is not dedicated to the housing stock, it is about the Retail selection and the need for improvement in the blocks surrounding Liberty Heights Avenue and Garrison Boulevard. The residences that are distressed along Liberty Heights however will be discussed. 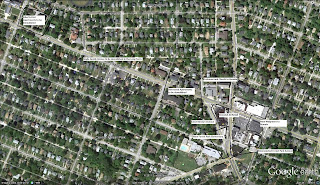 The only way to make sense out of any redevelopment plan is to look at the roads and see if changes will be made there. In this case, changes will be made to the roads in question so they will be discussed first. Berwyn Avenue will not go below Liberty Heights as it does now. Garrison Boulevard will be the only way to get to Liberty Heights. If travelling north on Garrison all traffic will bare right to stay on Garrison as Berwyn will now be closed. Also Forest Park Avenue will be realigned to make for one intersection at Garrison instead of the two not being even like they are now. By simplifying the traffic pattern in the heart of Forest Park it will flow much more smoothly. 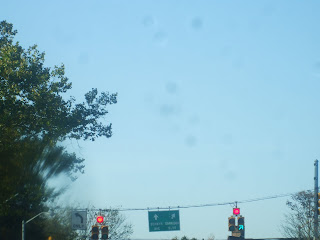 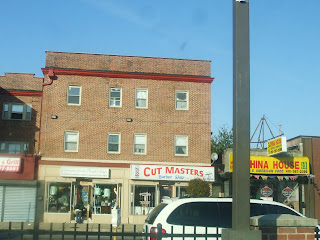 Most existing Retail will be torn down as it is dated and blighted. In order to introduce New Retail to Forest Park the buildings that house it must also be new. The new Walgreens is a perfect example of this. In addition to new Retail, there should be apartments located above. New Retail should be include but not be limited to; Starbucks, Bob Evans, Pizzeria Unos, Banks (not check cashing). a Dry Cleaners, Qdoba Mexican Grill, Five Guys, Ritas, and Dollar Tree. In other words convenience Retail. The Rite Aid and GNC will be located in New Buildings. 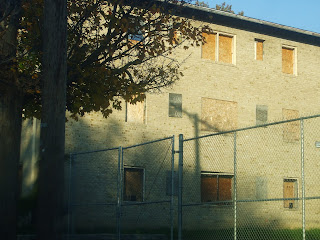 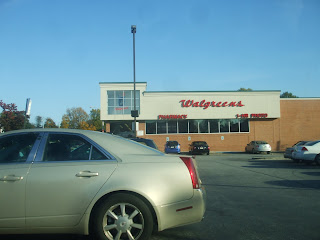 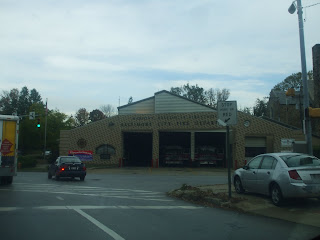 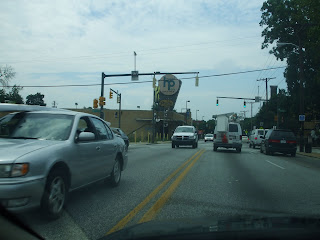 For thoroughfares that run through the outskirts of the City, I find it best to think of them as small towns and said thoroughfares as the "Main Street" of those small towns. Enter Liberty Heights Avenue, the perfect example of a Main Street that runs through a cluster of Neighborhoods in Northwest Baltimore in a manor that mimics Suburbia. This is the first in a series of three posts that will tackle Liberty Heights each post dedicated to a little "Town Centre" that will be developed or redeveloped to serve the needs of each Neighborhood Cluster. This particular post is dedicated to Howard Park. 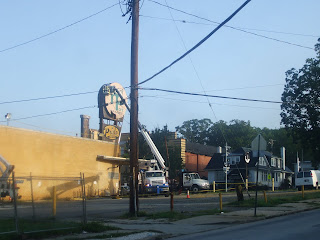 Howard Park, as far as Liberty Heights is concerned is the closest to the City/County Line. Out of the three clusters, Howard Park has the best "bones" to work with, in other words redevelopment here will be minimal. The housing stock in Howard Park is also the most suburban of the three. The "Howard Park Town Centre" got a shot in the arm when it was announced that at long last the addition of a full service grocer will be opening by 2013 in the form of a Shop Rite. The Shop Rite will be located on the site of the former Howard Park Super Pride at Liberty Heights and Gwynn Oak Avenue which will be torn down to make way for the Shop Rite. Liberty Heights between Gywnn Oak and Hillsdale will be the core of Howard Park Town Centre. 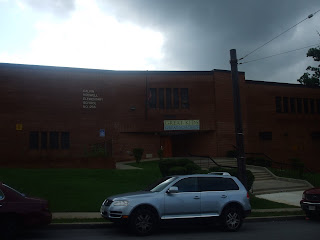 The Shop Rite will definitely be largest Retail Change to the area but there should be another redevelopment project across Hillsdale Road. In my ever lasting crusade to bring new School Construction to Baltimore City, I'm proposing that Calvin M. Rodwell Elementary be torn down and rebuilt with the population of itself and two other neighboring Elementary Schools to cut down on the surplus of capacity City Schools face. 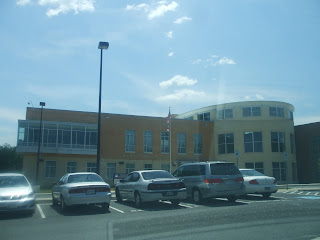 The front of the "new" Calvin M. Rodwell Elementary (which will be renamed Howard Park Elementary) will face Liberty Heights Avenue rather than Hillsdale like it currently does. 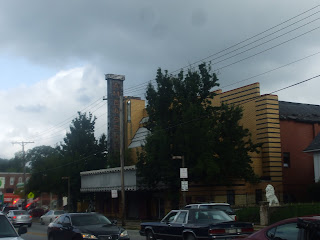 Aside from the old Super Pride that's shuttered, perhaps the biggest eye sore in the Howard Park Town Centre is the old Ambassador Theatre. I don't have much knowledge of this once vibrant epicenter of Howard Park but what I do know is that it is currently shuttered and there aren't any plans to revive it. Luckily my plan does include a revived Ambassador. One shortage that's painfully obvious in all of Baltimore is the lack of first run Movie Theatres. One should also note that large Cinema Multiplexes in the Suburbs show the same Movie on Several Screens. This proves that any new Movie Theatre should have fewer screens and maximize profits that way. The Ambassador fits the bill perfectly. Although it's a one screen venue currently, it has a seating capacity of over 1,000. The inside could easily be renovated to make way for five to seven screens each with a seating capacity between 100 and 200 per screen. With a smaller foot print, profits can be maximized without showing the same movie twice while still showing a good number of first run Movies. Whichever Theatre company takes over ownership of the Ambassador must restore the Vertical Marquis of the Ambassador to its former glory. 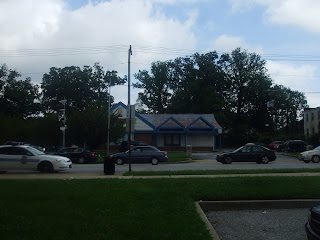 The last large piece of the Howard Park Town Centre includes what looks like a vacated iHop from the color scheme outside. This will not torn down but it will be backfilled by a Sonic. Judging by the volume of business at the only area sonic in Randallstown, I think this will be a winning venture. 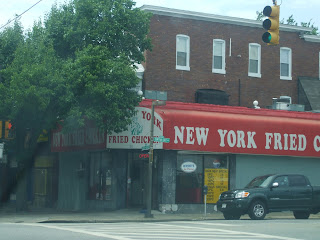 Those are the biggest changes put forth in my Howard Park Town Centre Plan. I think these additions will encourage better Retail options than what is currently there. Additional Banks, Dry Cleaners, a Subway, Starbucks, and Sit Down Restaurants. In addition existing store fronts will be upgraded to include better signage and elimination of metal pull down gates and bars on windows to make for a more pleasing atmosphere. 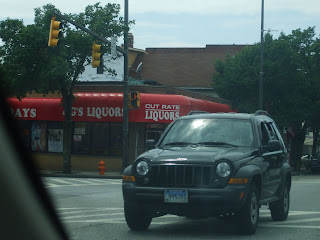 Well that's my plan for the Howard Park Town Centre, the new Shop Rite makes for an excellent building block to set other things in motion and hopefully such a synergy can be acheived. Stay tuned for future posts regarding Liberty Heights as this is the first in a series.
Posted by Spence Lean at 2:00 PM 5 comments: