Middle East: Demolition and Redevelopment is in Full Swing 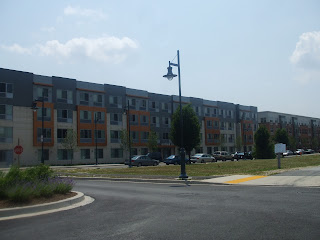 As I continue my series on East Baltimore I feel I must comment on the elephant in the room known as Middle East and the Hopkins Biotech Park currently in progress. 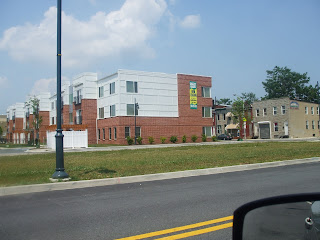 Well like it or not, Baltimore's "New East Side" is coming and despite all the protests and worries that it's simply "cleaning house" to make way for a "higher class of Residents" the first new houses have gone up and demolition has continued on several more blocks of vacant housing. Now, what's going in its place? Well in addition to new housing, there will be Retail (most likely a full service Grocery Store), the Hopkins Biotech Park, as well as a Hopkins Stop on the MARC Line. A brand new East Baltimore Community School has already opened on the site of the closed Elmer A. Henderson Elementary and that has proven to be a gem to the Community. Now the question remains, will the plan lead up to its promises that were put forth over a decade ago? Or will the plan fall short? Regardless the demolition and redevelopment of Baltimore's Middle East Community is in full swing. 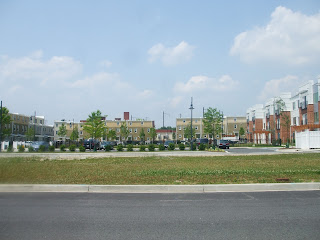 Almost as quickly as the ink dried on the East Baltimore Development Initiative (EBDI) there were protests. Residents don't like it when an outside institution like Hopkins intrudes on their Neighborhood regardless of what State said Neighborhood is in. Residents believe that Hopkins doesn't care that these boarded Row Homes that attract crime, drugs, littering, and prostitution once housed a proud Community. A Community of working class African American Families who were employed throughout the City. Back then crime was something that happened somewhere else. Row Homes were kept in pristine condition inside and out and Parents felt it safe to allow their Kids to play outside as gun shots were something of a foreign concept back then. Needless to say, that heyday has long since ended and in addition to the crime & poor living conditions, Middle East simply doesn't have very many Residents in these once proud Row Homes. 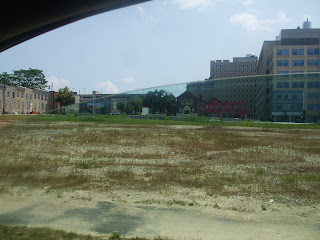 There are a few Residents most of whom are Seniors and simply "have nowhere else to go" are trying to bring back the heyday I described in the paragraph above. That being said, they believe Hopkins and EBDI are not how they envision their Neighborhood prospering back to what it used to be. They seem to think that adding more low to moderate income housing, that the crime and drug culture associated with high vacancy rates will go away. That's not a method I'd be opposed to trying but that's what the City and Neighborhood Associations had been trying to do in Middle East since the 1970s when Middle East began to fall apart. The Row Homes that are designed as low income units don't generate enough revenue for landlords to keep them up properly and trying to lure back Homeowners also has not been a success. With reinvestment dollars entering the Community and with vacant boarded up Row Homes rotting, the City inspector is given no choice but to condemn them. 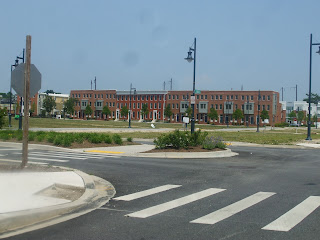 With a large portion of its housing stock condemned and another large portion being rented out by slum lords, it's no wonder smaller scale efforts have failed before even getting off the ground. I suppose the City could have come up with its own redevelopment plan for the "worst blocks" of Middle East which may have allowed for reinvestment in blocks nearby. Keep in mind that Baltimore is not a rich City nor is it a City that has a shortage of struggling Neighborhoods. In short, the City has plenty of other Neighborhoods that it's allocating its meager resources to. So I guess the point I'm trying to make is; In order for Middle East to change for the better something BIG will have to happen. 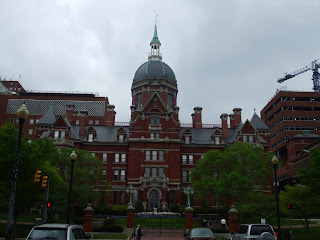 And something big did happen or is happening depending on how you look at it. Johns Hopkins, the world renowned Hospital just to the south of Middle East, is not only Baltimore City's largest employer but it also has very deep pockets and a large interest invested into the City. As such, when Hopkins wishes to expand, it's in the best interest of the City to be as accommodating as possible. At the time, Biotech Sciences were all the rage with their growing start up companies and their ever expanding Employee rosters and growing amounts of Office and Medical Space needed to fulfill their operations. With the barren Middle East Neighborhood just north of Hopkins, it only makes sense that this is where Hopkins would locate its Biotech Park. 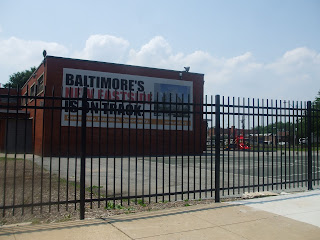 With Hopkins now in the Driver's Seat that's steering the future of Middle East, Hopkins wanted to do something more than just erect Buildings that turn their back on the decaying Neighborhood to their north. They wanted to create a brand new Neighborhood with new housing using the Biotech Park as a draw for its employees to live near their work. Since the Biotech employs people with a diverse educational background, Hopkins didn't want to exclude anybody from the new Middle East, therefore Hopkins would make the new Middle East a Mixed Income Neighborhood. The few remaining Residents of Middle East did not and still do not trust that Hopkins will keep up their end of the bargain by allowing them to return to their Neighborhood despite the first housing to be built in the new Middle East is for low income Seniors, the majority of the displaced Residents of Middle East. They fear that Middle East and eventually all of East Baltimore will become too expensive and too elitist for anyone but a high earner which has become the case with the Harbor. 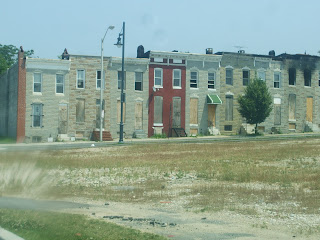 With the opinions of Residents known, Hopkins went ahead with its plan and began demolishing the first few blocks of the wasteland that Middle East had become. With the few remaining Residents bought out of their homes it appeared that the redevelopment of Middle East was in full swing and nothing could stop them. Well almost nothing. Even Johns Hopkins and its prestigious Biotech Start-up Firms aren't immune to an economic downturn. The recession took full effect on the whole redevelopment project and brought demolition, development, and all activities in between to a grinding halt. Today as we emerge from the recession there are only a few blocks of new housing and more blocks of demolition with no new housing to speak of. Finally more blocks of housing are beginning to be demolished. Whether or not the replacement housing will soon follow is yet to be seen. 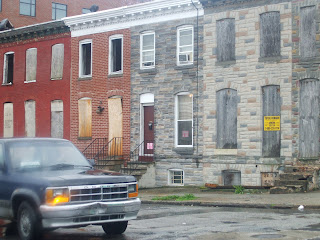 Housing is something that's always in demand so during an economic downturn housing development does stop but it can usually continue as if nothing had happened when the market turns around. However, the need for commercial space changed drastically as a result of an economic downturn. As a result, the number of Biotech firms that have gone under is staggering. In addition, the Biotech firms still in business are scaling back the amount of Office/Lab Space required for their operation. That means that the Biotech part of the redevelopment project will now be smaller. Don't worry, I still have a plan for that land; A large Hotel or perhaps two Hotels. 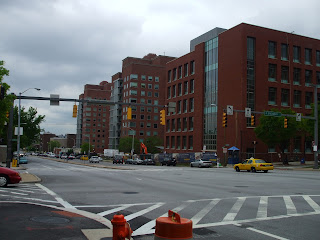 My paying Job is in the Hotel Industry and I'm all too aware that Hopkins Patients, their Families, and business travelers coming to Hopkins are under served when it comes to finding Lodging Space near the Hospital. My Hotel is 35 minutes away in Ellicott City and we still get Guests who are either doing business at or receiving treatment at Hopkins. Of course we appreciate the business but if people are traveling that far to do business with or receive treatment at Baltimore's Largest Employer, it proves that it's under served. Hotels Downtown cater mostly to the tourist market as well as the Central Business District but where do people stay for Hopkins? That is why I'm proposing that 2 Hotels, one for shorter stays and one for extended stays be built on land originally allocated for Biotech Space that is now excess. 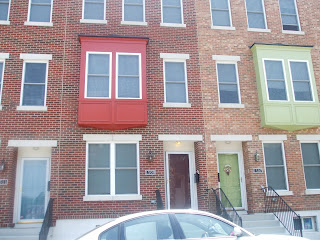 I'm happy to report that the demolition and redevelopment of Middle East is in full swing and hopefully the excess land allocated for Biotech Space will be used wisely to fill the demand for Hotel space near Hopkins.
Posted by Spence Lean at 3:44 PM 2 comments: