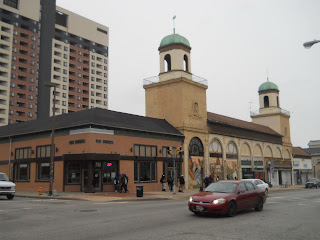 As the area around Charles St. and North Avenue continues to experience massive development and redevelopment, it should be kept in mind that even as these areas grow in population, there's one thing that they're lacking in; walkability. Walkability is great within the Neighborhoods themselves however, when walking or biking to surrounding Neighborhoods, it becomes less so. 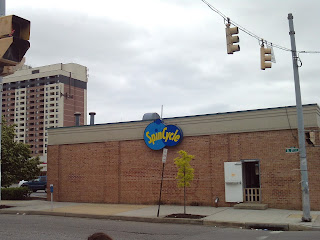 This is a problem especially when considering this area is a growing College-town where many Residents don't have access to a car to get to and from School. The problem becomes exacerbated when more and more students are moving to Reservoir Hill and MICA continues to expand from Bolton Hill and into Station North. Right now the big elephant in the room for this post is the JFX. Sure there's the sidewalk on North Avenue on the bridge over the JFX but for walkers and bikers who not only live north of this but work and/or go to school north of this, it becomes a hassle and the walkability of the area goes down. 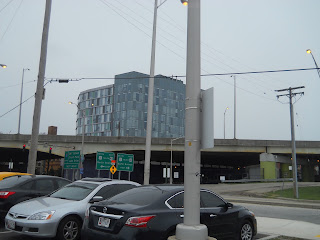 So how do we fix this? More roads? Do we tunnel this section of the JFX? As much as I'd like to do just that, I don't think it's a fiscally sound solution at this moment when considering other ways the Billions it would cost could be better used around the City and County. Building more roads over the JFX between Charles North and Reservoir would also be detrimental the rapidly growing Neighborhoods because the traffic snarls of North Avenue would be expanded to these currently residential streets. 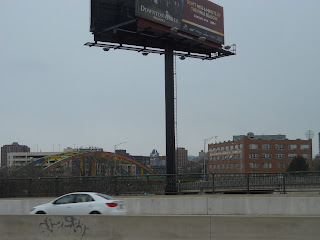 So now what? I didn't provide a solution as to how we can fix this. I just gave "solutions" that wouldn't work or are way too expensive. Well, my solution that is feasible will be plenty expensive don't you worry, but its price will pale in comparison to tunneling a stretch of a major interstate. My solution is simply foot paths. During the interstate era, when the JFX was built, City planning centered around one word; redlining. Redlining chopped up existing to keep poverty and integration at bay. Of course back then integration would eventually lead to re-segregation by another race. That's why bridging Neighborhoods together was such a no no. 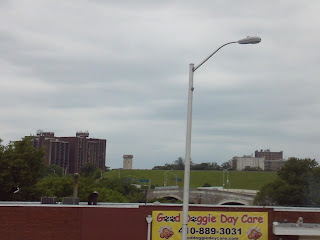 Today, as City living makes a come back and integration is less of a four letter word, the now chopped up Neighborhoods that were made so by the construction of the JFX are looking to reunite to their pre-JFX selves. When looking north to Hampden and Woodberry, the walkability between these two communities and the development in them both has increased drastically. The sidewalks on Union Avenue under the JFX and on 41st St. over it have played a big part in this now sought after community. 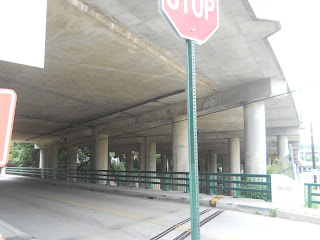 Granted in Hampden-Woodberry, the "foot paths" are nothing more than sidewalks attached to existing streets that cross the JFX. How does that help Charles North and Reservoir Hill given that no streets cross the JFX between North Avenue and 28th St.? That's why my plan is for foot paths instead of sidewalks. Sidewalks are only for existing vehicular roadways while footpaths can go anywhere regardless of whether motor vehicles can or cannot. So foot paths it is but where? And how many? 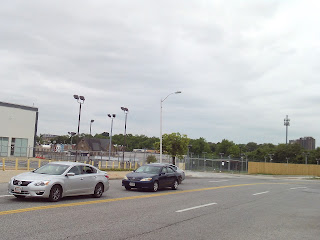 The answers to those questions respectively is two and between 21st St. and Reservoir St. and between 24th St. and Whitelock St. are the locations. I chose those two because they're both not too close and not too far from one another. At the northern end of Reservoir Hill, there's a connection to Remington via Sidewalks along Druid Park Lake Drive over the JFX where it becomes 28th and 29th St. for east and west bound traffic respectively. 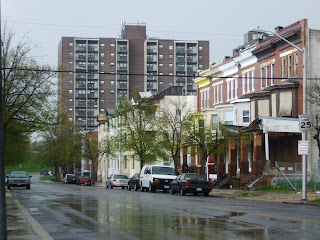 As part of the continued growth of Reservoir Hill, I think that Druid Park Lake Drive should undergo streetscape enhancements. There are lots of vacant lots here that can be developed as additional Condos and Apartments overlooking Druid Hill Park. Streetscape enhancements should include new sidewalks on both sides of the street, pedestrian signals, bike lanes, road resurfacing, and new LED street lights. A Long term project should be a redesign of the interchange between the JFX and Druid Park Lake Drive which I consider to be unfriendly to pedestrians and bikers. 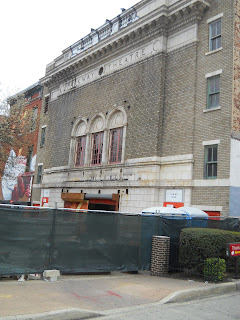 When Neighborhoods in Cities begin to make a turn around, connecting similar Neighborhoods that are also turning around makes the turn around that much faster and more profound. This can be easily obtained by connecting Reservoir Hill and Charles North across the JFX via footpaths. 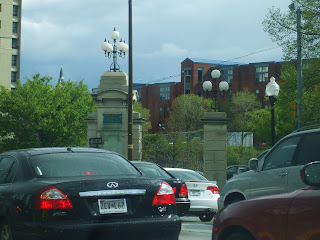