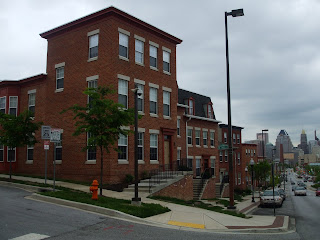 Now public housing has always been somewhat of a hot button issue in Baltimore and every large city across the country and I would like to tell you where I stand on it. First of all I keep reading that's a waiting list to get in to public housing that's growing by the day. At the same time I hear that complexes continue to grow vacant. One could use the argument that beggars can't be choosers but that would be ignorant and wrong. 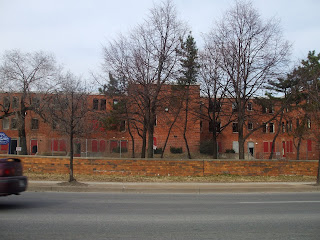 Now why are complexes going vacant? It's not due to a decreasing number of qualified residents it's simply a matter of safety and the condition of the structures. Even with renovations in the 80s and 90s many complexes have fallen into a state of disrepair and residents are moving out and residents on waiting lists simply refuse to move in. Still it's not that simple there are some who would love to move in to the vacant run down complexes but the city is systematically emptying them out to demolish and rebuild them as new mixed income communities. If you've read my blog for any length of time you will know that I'm in favor of this and I'm against deep concentration of poverty that were the order of the day in the 1940s through the 1970s when the bulk of these complexes were built. I'm not against public housing in fact I think it's a necessity in breaking the cycle of poverty that's plagued Urban America for generations. Now how can government hand outs break the cycle of poverty you ask? 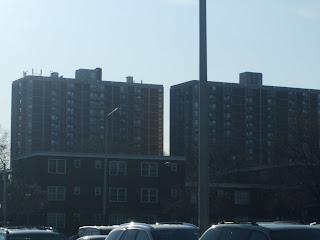 Public housing in my opinion should be used a stepping stone. When you move into public housing your goal and the goal of the city should be to get you out quickly. In other words don't get too comfortable. Now how do we achieve this? When someone moves into public housing they will be assessed on their current situation and what it will take for them to be gainfully employed and no longer needing public housing. Now what all does this include? It includes free college education, job training, daycare, health and dental insurance (this can include drug rehab and counseling) and proper interview etiquette. Now that our public housing resident has become gainfully employed he/she can move out on their own and not need the assistance of public housing and the unit that's been vacated someone else can move in the whole process will start all over again. If the number of residents who need public housing dwindles the number of units allocated for public housing will go down as well. It almost sounds too easy right? This is just my Utopian ramblings that will never see the light of day. 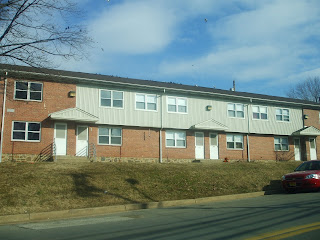 Now lets get back to the physical condition of the complexes. HOPE VI funding has dried up thanks in no small part to the war in Iraq so the city has stepped up the plate with redeveloping their blighted complexes. Uplands, O'Donnell Heights, Westport Homes Extension, 100 units of Cherry Hill Homes, and Somerset Homes either have or will hit the wrecking ball. There is talk of demolishing Douglass Homes and Perkins Homes. Other complexes that need redevelopment are LaTrobe Homes, Mount Winans Homes, Owsego Mall, and Poe Homes. Sure on paper the number of public housing units will go down but the vacancy rates in these complexes are so high that the number of functioning units once the redevelopment is complete won't be a whole lot lower than they are now. Not only that deep concentrations of poverty have been broken up and middle and upper income families will begin moving into once depressed neighborhoods. 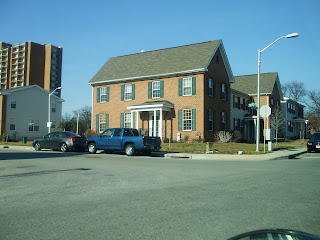