Clipper Mill:Preservation At Its Best 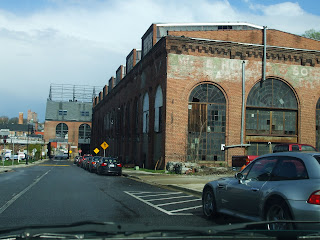 The remains of the old Clipper Mill has quickly become Baltimore's most sought after and most hidden address at the same time. The reason being is that Clipper Mill has gotten back to its roots as a Mill Village with a mix of uses including residential, retail, and office space. Given the success of Clipper Mill, one can't help but wonder if other old Mills in the Hampden Woodberry Area should have been better preserved or if there are other undiscovered Mill remains in the Woodberry Outback. 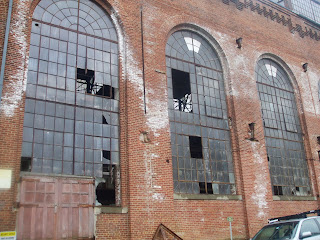 Clipper Mill came into existence around the Civil War as people from the South and Appalachia flooded Baltimore looking for work. Clipper Mill, which specialized in melting iron and producing machines and the Mount Vernon Cotton Mill. The site of the Mount Vernon Cotton Mill is now the Pepsi Bottling Plant opposite Clipper Mill. These Mills (twelve total) could not house the thounsands of workers who migrated to Baltimore. Thus began the early building boom of Hampden-Woodberry. Most of the detached housing built at the time was spread out and can be found mostly in Woodberry with a few amongst the Hampden Row Homes. 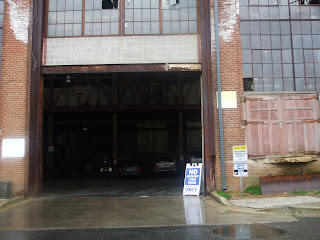 After the Civil War, Clipper Mill and its industrious Neighbors did not see a reduction in numbers of workers migrating from the South and Appalachia nor did those who came Pre-Civil War, leave. This explains the Southern Appalachian twang of the Baltimore Accent and why it's still so prevalent in Hampden today. Although work in the Mills slowed a little bit after the Civil War there was plenty to go around, in fact a second Migration Boom occurred during the United State's entry into World War I. Like clockwork, when the second Migration Boom Occurred, so did another Building Boom. This time, the new housing was denser Row Homes in what is present day Hampden and Medfield Heights. The current lay out of these Neighborhoods hasn't changed much since their inception during World War I. 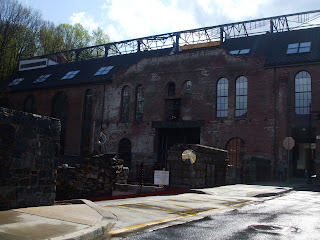 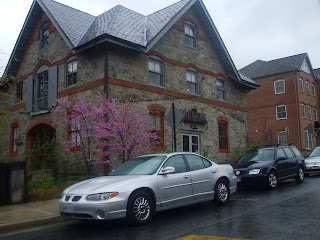 I should say not! For several reasons, one Batimore has a tendency to demolish way too many of its buildings, two preservationists have a hard time finding buildings to restore in Baltimore, and three Clipper Mill, except for a small fire in the 1960s has remained unchanged since its heyday. In the early 2000s, when Hampden's resurgence had been in full force for several years, developer Struever Brothers, Eccles and Rouse (SBER) saw Clipper Mill and saw a vision and they took that vision across the JFX and the Woodberry Light Rail Station. 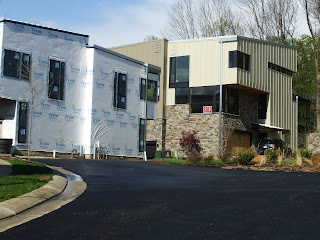 Now SBER isn't some fly by night developer or some national conglomerate who only knows "Baltimore's Harbor", SBER has a huge stake planted in Baltimore's Future and they know a good investment when they see one and they saw one; in Clipper Mill. Clipper Mill has seen a rebirth a mixed use development as Condos, Town Homes, Single Family Homes, Offices, and a small Retail Component. The old Mill has been restored to her former glory and a new Village has grown up around it. If I were a developer I'd be wishing that more of the Mills of the Old Hampden Woodberry had been preserved given the success of Clipper Mill and the general ugliness of the Industry along the JFX. Meadow Mill, a small textiles plant east of the JFX was converted into a large Gym. If I could turn back time, I'd turn the Mount Vernon Cotton Mill into a development similar to Clipper Mill, perhaps with a larger Retail Component. If Pepsi were to relocate its bottling plant it could be redeveloped as such. As for Clipper Mill, I can say with certainty that's Preservation at its Best. 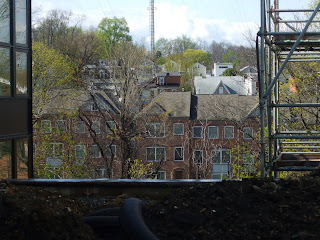 It should be noted that the Mount Vernon Mills has several buildings along the Jones Falls, the southern-most few are still standing. There are some preliminary plans by a local developer to redevelop the mill at the bottom of Chestnut Ave into retail, condo, and restaurant space (I believe that is the mix). The restaurant might also be on the other side of the Jones Falls from the building, giving it an interesting dynamic.

Also, Seawall Devel. is planning to convert the old Union Mill next to the Pepsi Plant into teacher housing and non-profit space, the same concept used at Miller's Court on Howard St.

You probably knew that, but just putting out there for readers' benefit.

Also, FYI, its just Medfield, not Medfield Heights (although the school and park are named such). I live there, its a wonderful community.

I wasn't aware of redevelopment/ preservation plans for remaining buildings of the Mount Vernon Plant. Do you know who the Developer is? I also didn't know there were plans for the Old Union Mill I'll have to google Seawall Development and see their plans (I would have mentioned it in the post had I known) thanks for telling me. This post made me extra interested in the Jones Falls Valley Area and that it's pretty ugly around there and I'd like to start writing posts on how to make it more attractive with projects similar to Clipper Mill. Luckily, there are at least two in discussion already and other share my desire. Thanks again Gary I also like Medfield if Roland Ridge Apartments were cheaper I'd live there myself. Hoes Heights is on the other side of Falls Road and the two neighborhoods are often clustered together for planning purposes which is why I think it's called Medfield Heights so often.