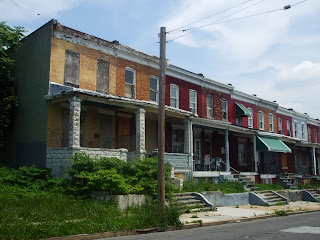 Surprisingly, in a City like Baltimore where there are close to 15,000 vacant homes and thousands more vacant lots, there aren't but a handful of neighborhoods that I would take a demo crew to demolish the neighborhood. Even in some of Baltimore's most devastated neighborhoods, there are parts that are in great shape and are very much worth saving. In Upton there's Marble Hill, in Middle East there's the "Preservation Zone" below Hopkins near Patterson Park, Barclay there's everything west of Calvert St., there's Historic Homestead in Coldstream Homestead Montebello, and even in Park Heights there's Historic Park Circle. 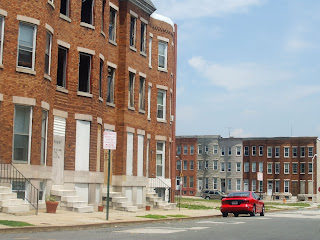 East Baltimore Midway, is a different story. There's no Historic Housing Stock nor is the location optimal for Homesteading. The Urban Ills that have ravaged Rust Belt Citys across America are present and ramped in East Baltimore Midway. A lot of neighborhoods in Baltimore that are currently in rough shape still have some Community Amenities that, if used to their full potential, can bring back population (Union Square and Hollins Market are examples of this) but East Baltimore Midway does not have such amenities. 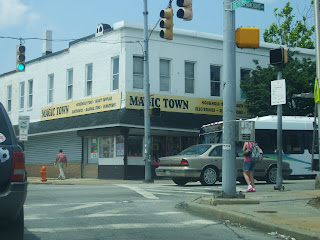 East Baltimore Midway was built out just after its annexation in the 1910s. Surrounding Industry had pushed the demand for housing for workers up North and thus began the "birth" of East Baltimore Midway. I'm not sure exactly how the name "East Baltimore Midway" came to fruition but I've seen it on the books for at least 40 years. It was among the first neighborhoods in East Baltimore to go through racial change in the 1940s and 1950s before "blockbusting" became popular. 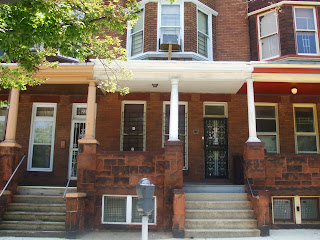 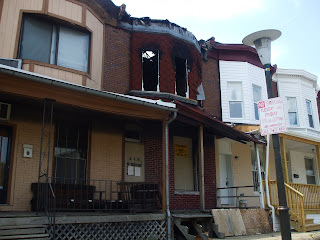 April 4th, 1968 changed everything in East Baltimore Midway and made for a new page in American History, an ugly page. Dr. Martin Luther King Jr., a preacher who advocated for equality between the races in a non-violent manner was shot dead from a Motel Balcony in Memphis. Within minutes of his death, his dream and words of peace were forgotten and riots broke out in Citys all across America. Baltimore was hit especially hard by riots and East Baltimore Midway was in the middle of it. White Flight accelerated and the impoverished Black Neighborhoods spread like wild fires. 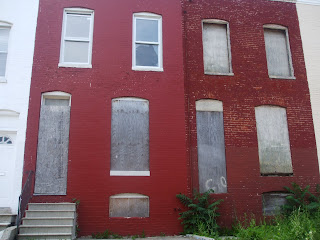 Between the devistation of the MLK Riots of the late 1960s, the population loss of the 1970s, cocaine and HIV of the 1980s and the continued crime waves and population losses of the 1990s and 2000s East Baltimore Midway has become one of the City's most "scarred" Neighborhoods. Like I said in the beginning of this post, other troubled City Neighborhoods have "saving graces" that can bring about growth. East Baltimore Midway does not have that in its favor. 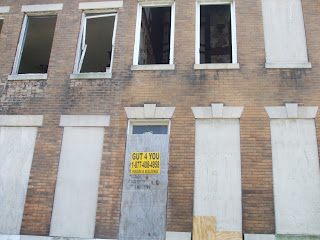 Today, in 2010, I would guesstimate the vacancy rate at 35% for East Baltimore Midway. That doesn't count the vacant lots which there aren't as many as in some cases. However, the housing stock both vacant and occupied is in shambles, the streets are dirty and unpaved, and the infrastructuree is crumbling. The chances of this neighborhood making a comeback are slim to none. Both from a financial and a practical standpoint, saving this neighborhood is not an option. 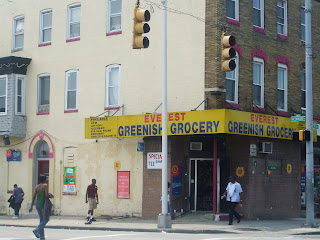 That means a complete tear down and redevelopment of the entire East Baltimore Midway Neighborhood. The "if you build it they will come" mentality will be applied to the redevelopment. And build it they will, the old East Baltimore Midway may lack certain community amenities but the new East Baltimore Midway will have an abundance of them. There will be a Public Square, Swimming Pool, Community Center with Internet Access, and a Playground for Children of all ages. If it's deemed necessary, East Baltimore Midway will get its own branch of the Enoch Pratt Free Librbary. Obviously, the income mix will be much broader with a 55% Market Rate Homeownership, 15% Market Rate Rental, 25% Affordable for Purchase, and 5% Affordable Rentals for Seniors. Denser Condos will be on the outer edges of the Neighborhood while larger town homes will be in the Center. 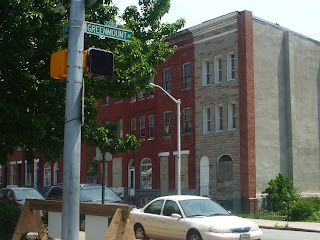 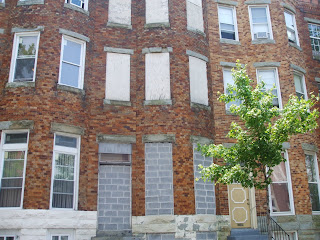 Well that just about does it for East Baltimore Midway, I apologize for not posting in a while but I'm back and better than ever! Stay Tuned!
Posted by Spence Lean at 11:46 PM

Extremely interesting post. I have always been curious about this neighborhood. I definitely however would not completely demolish this neighborhood. You seem to think there is absolutely nothing that can be saved, however there is this one nearly perfect street you must have missed. Cecil Avenue between 22nd and Curtain is in absolute pristine condition. Not one abandoned house, extremely well maintained, and pretty with some trees lining the street. Also, another street which i just pray does not get demolished is homewood avenue. The houses there are just gorgeous. Some are in bad shape, but it seems very salvageable. Also, you didn't mention the large, pretty building at the corner of homewood and 22nd. I am not sure what it is but it definitely can be saved. While i agree some homes are simply so blighted that they present a risk of collapse, many homes appear to be salvageable. The only problem is attracting buyers.

Is Midway improving in 2013? It seems the crime has gone way down. There was a rental on Kennedy Ave in an old nice house but what about walking from Midway to Penn Station is it practical?