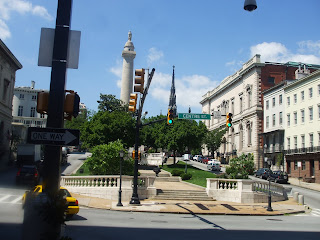 So many of Baltimore's Row House Neighborhoods that are hot today had a period of decline at some point. Fells Point, Canton, Jonestown, Federal Hill, Locust Point all had some decline mainly due to the decline of their industrial bases. Mount Vernon stayed a true Gentleman's Community despite decline all around it. Obviously, this begs the question; What Went Right?
Most of the time in Baltimore, highways were to blame for decline. Not only that, potential extensions in highways would have caused more devastation in most of Baltimore's best Neighborhoods. In Mount Vernon it seems like highways and wide boulevards have been the reason for Mount Vernon not entering into decline. 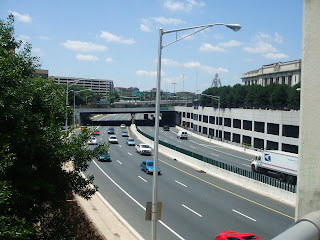 Before the construction of I-83 Mount Vernon had a much more prominent connection to Charles Village. It bordered North Avenue which is today's Station North. Charles Village had been named Peabody Heights previously due to Peabody University being located there once upon a time. Goucher College's Campus was also there which explains the nickname given to Station North; "Old Goucher" This is in addition to UMB Mount Royal being right there too. The area between Mount Vernon and Charles Village was that of an old fashion College Town. It's a College Town today, but the meanings of the term have since changed. 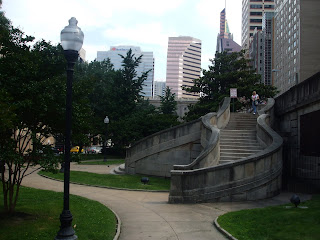 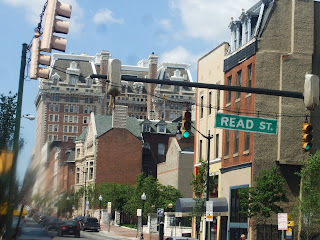 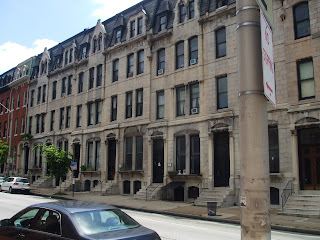 Mount Vernon didn't have and still doesn't have a working class population. So it's no huge surprise that when industry in Baltimore as we once knew it died, the population of Mount Vernon was not greatly effected. Southwest of Mount Vernon, the Retail Mecca that was the Westside of Downtown had collapsed as stores big and small began closing up shop. The construction of Charles Center led to a renewed Central Business District for Downtown.
Charles Center was built to be self sustained, something that Urban Planners have shied away from today. 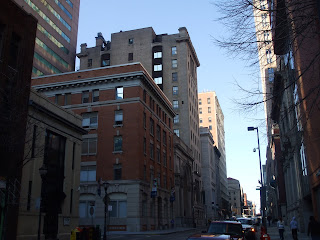 Its fortress like Buildings were built to keep out the blight that had become Downtown Baltimore. Mount Vernon is north of Charles Center and since it hadn't entered into decline, the stark difference between new and old, thriving and blighted was not so apparent. Whether or not this was intentional, the west of Mount Vernon had become like the Westside of Downtown though it borders Bolton Hill. This is what I refer to as the "Midtown Donut" where it's a dead zone that "connects" Bolton Hill to Mount Vernon though it's uncharacteristic of both Neighborhoods. 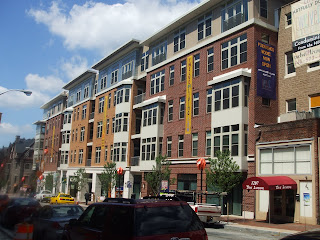 Today Mount Vernon is one of Baltimore's most diverse Neighborhoods. It maitians its picturesque Buildings, most of which have been converted into Apartments with ground floor Retail. There is a little bit of new development but since there's hardly been any demolition, it's hard to do. Charles St. has undergone extensive streetscape enhancements, some of the best I've seen in the City. St. Paul St., the southbound half in the couplet is suffering from major traffic problems. 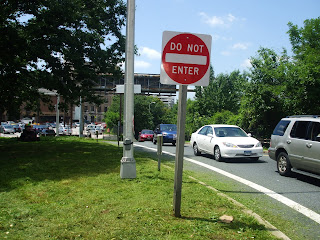 There are two solutions for this, first close off the I-83 ramp, second, get rid of the upper and lower St. Paul Sts and expand Preston Gardens. This will also allow for contruction of the southbound section of the Charles St. Trolley which is supposed to run from Charles Village to the Inner Harbor. 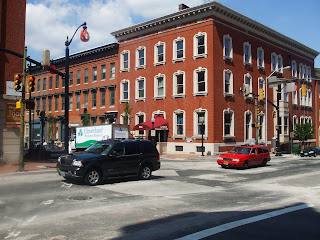 One big mistake that was made in the Charles St. Streetscape enhancements was that in the repaving proccess trolley tracks weren't added in for future use. Above I-83 Station North is making a huge comeback with more plans in the way. Mount Vernon and Charles Village will be connected once more. The dead Midtown Donut is attempting to be "filled." 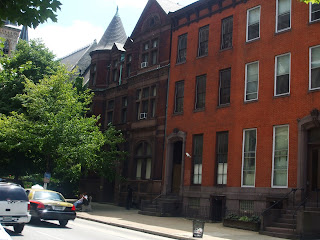 So, l ask with Mount Vernon, What Went Right? In addition to the obvious lack of White Flight I'd have to say every force that has turned other Neighborhoods in the wrong direction like Interstates and surrounding institutions leaving (Goucher College) has actually worked in the favor of Mount Vernon. I-83 kept it away from North Avenue and the East Baltimroe Public Housing High Rises. The Midtown Donut and Charles Center have kept it from the blight of the Westside of Downtown. Everything that happened in Mount Vernon should have gone wrong but it went right. 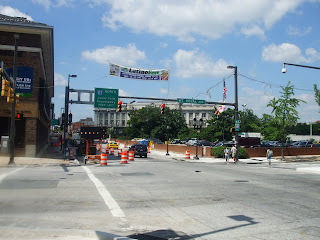 I agree, close off the St. Paul ramp. Would cut the number of speeding cars and through traffic can take JFX anyway.

Your thoughts are shared widely. The idea to close the St. Paul St. Ramp has been discussed until it was blue in the face by myself and my fellow colleagues. In the case of St. Paul St. and its width; less is more.

Mount Vernon used to be a nice place when I was a kid back in the 1970's.I would like to see any neighborhood in Baltimore City improve.I grew up in Pigtown and there are people there who are trying to turn that neighborhood around.

I doubt they are going to close the ramp any time soon, but my understanding is that the city is strongly considering ending 83 much further north, come 2020 when the current structure reaches its expiration date (so to speak). I'm not sure how this would/will effect Mt Vernon (might actually mean more traffic in that area), and I'm sure the suburban commuters will scream bloody murder, but it seems like it would be a good thing for the city on the whole. As to your analysis, I think you're pretty much on target. Of course Mt Vernon has changed a lot over the years. It's less of a neighborhood these days--though people still live there of course--and more of a retail/entertainment destination. It does seem to be in need of a shot in the arm though. I think the waterfront neighborhoods may be drawing away some energy from Mt Vernon. But it is still one of the nicest urban areas in the whole country, if you ask me.

You write that Mt. Vernon stayed a "gentleman's neighborhood" but this just isn't true. The area has had and continues to have real problems (I lived there and nearby for several years and I love the area). Most of the manisons were cut up into apartments, often for the wartime housing crunch. A few have been restored, but not many - the homes are simply too large for most normal people as a single occupancy. You also had a great deal of rooming houses there; fewer now, but still several, as well as subsidized housing in prime areas (right on the monument). It's a pass-through area for people walking from poor areas of East Baltimore to poor areas of West Baltimore which leads to street crime.

I'd feel better about tearing down 83 if we didn't just put a multi-lane, MLKL style road there. The far side of MLK is the prison complex. Downtown Baltimore has a large enough footprint already; we don't need "developers" trying to push downtown even further east. You want an urban core that's walkable and Baltimore isn't; imagine walking over your lunch break from Harbor East to Univ. MD Medical Center's Biotech buildings off MLK. The circulator helps, but only so much.