It All Started on Fulton Avenue 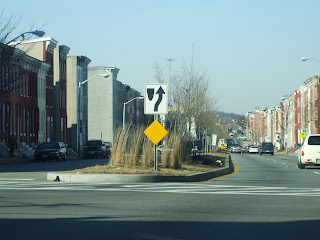 When discussing streets that are crucial to Old West Baltimore and its history, it would be criminal not to mention Fulton Avenue. Given that I like to stay on the right side of the law, and that I find Fulton Avenue and its history so fascinating, not only will I "mention" it but I'm dedicating a whole post. I'm going to say it right now, I don't want any more structures on Fulton Avenue to be torn down. What better way to end my series on Old West Baltimore with a plea for preservation? 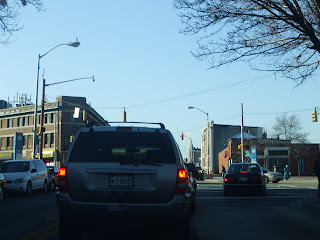 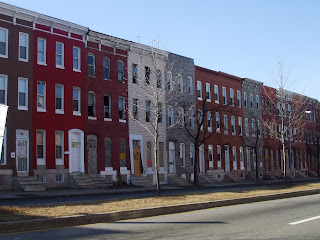 South and east of West Baltimore's Black Neighborhoods in Bolton Hill and Hollins Market, there are still relatively large White Populations living there which makes the significance of Fulton Avenue that much greater. It seems that most migration by Whites of all income levels went west of Fulton Avenue. Working class Whites remained just west of Fulton Avenue in what is today known as Greenlawn and Midtown Edmondson while more middle class Whites opted for new "Daylight" Row Houses being built in Edmondson Village. Jews in the area were still quite restricted as to where they could move. Although they left Old West Baltimore, they took a more northwest route to Easterwood Park, Mondawmin, Penn North, and eventually to Park Heights and Forest Park. For the first half of the 20th century the western border of Baltimore's Black Ghetto remained uncrossed. But it all started on Fulton Avenue. 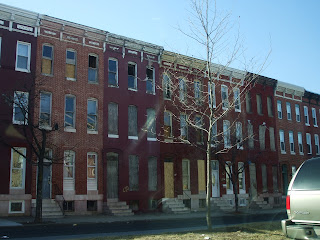 By 1950, the White and Jewish Neighborhoods directly west of Fulton Avenue had begun to lose population as suburban housing became more available to Whites of all income levels. Baltimore's Black Population had grown many times over due to the continuation of the great migration and Soldiers returning from World War II. However, the boundaries of Baltimore's Black Neighborhoods did not budge. This resulted in serious over crowding and unsanitary living conditions east of Fulton Avenue. Then one day in 1950, a Black Family moved into a house on the western side of Fulton Avenue and what followed was a demographic shift so dramatic and so fast that it defies logic. And it all started on Fulton Avenue 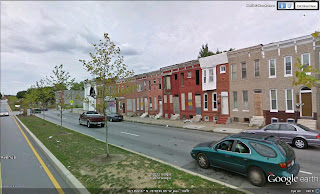 Once that first Black Family moved across Fulton Avenue, Baltimore turned into a chess board. Those playing chess were Real Estate agents saw an opportunity to placate on the fears of the still segregated Neighborhoods. At that point, Whites did not want integration but Blacks could not continue living in overcrowded and unsanitary conditions that was the order of the day in Old West
Baltimore. As a result, blockbusting occurred and within 20 years all of the Neighborhoods west and northwest of Old West Baltimore went from completely White to completely Black. And it all started with that first family crossing Fulton Avenue. Would this have happened without blockbusters? Yes, but I think it wouldn't have happened so fast and Whites wouldn't have felt the urgency to sell low and Blacks could have payed the same price for a house that Whites pay. Blockbusters became VERY rich due to these circumstances. And it all started on Fulton Avenue. 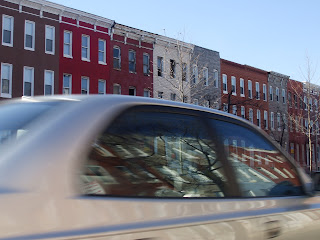 Today Fulton Avenue has seen better days. There are boarded up row homes and vacant trash ridden lots throughout. However, it is far from the worst street in Old West Baltimore. Given that Fulton Avenue was ground zero in the rewrite of Baltimore's Demographics I believe it should be designated as an Historic landmark. One great event on Fulton Avenue was the restoration of the median that was the actual demarcation line between the White and Black Neighborhoods. Fulton Avenue's row homes must be rehabbed rather than demolished. There will be new housing but that will be built because homes were already demolished. I'm issuing an order that no further housing be demolished New housing will be held to the same architectural standards as existing homes so that new housing and existing housing can not distinguished from one another. 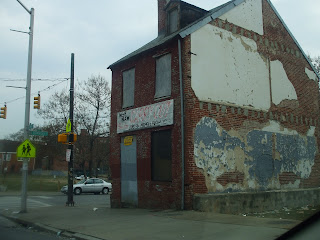 It all started on Fulton Avenue, had that first Black Family not crossed the median who knows how history will have played out? Well, it's safe to say that Baltimore's Black Neighborhoods will have expanded and these once White Neighborhoods would have eventually become Black Neighborhoods but could the migration have gone east into Bolton Hill? Or south into Hollins Market? Who knows? One thing we do know is the facts and the fact is, it all started on Fulton Avenue. And that concludes my series on Old West Baltimore

Fulton Avenue is currently a part of the Old West Baltimore National Historic Register District. Are you suggesting that the street alone receive historic designation?

I'm suggesting that it receive special significance within the existing Old West Baltimore Historic Register. I suggest the same for Pennsylvania Avenue.

Is there an existing process for this?

I own a property on fulton ave and I would love this area to be designated as historic given the history. I am also intrigued by the idea of this block showcasing the historic value by preserving buildings and restoring. Can we create a petition and get signatures for this. I will buy another property on the block as well if so!!

Which hundred block is your property?