From Douglas to Perkins 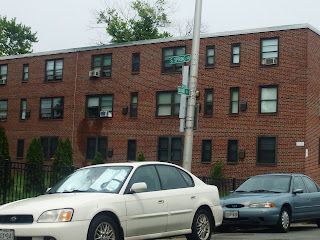 As I end my series on East Baltimore between Downtown and Hopkins, I find myself concentrating on two public housing developments that have their share of problems but are far from the City's worst. They also look the same but given their different locations, if either or both were to be redeveloped, the finished products would be decidedly different. As I end my series I take you from Douglas to Perkins. 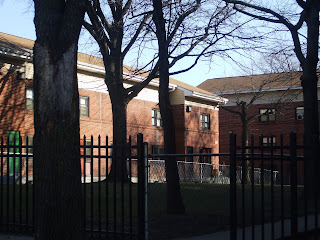 Both Perkins Homes and Douglas Homes are among the older public housing developments in the City. They predate the notorious high rises that wreaked the most havoc in the City, they're both Apartments in three story buildings, they're surrounded by areas that either have or are going through major gentrification, and at least according to Residents in neighboring Communities, it's time for redevelopment of both. 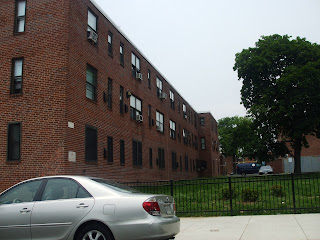 So does this mean that crime is on the rise in Perkins and Douglas? Not necessarily, with the high rises gone, crime Citywide declined and public housing developments that didn't get knocked down and redeveloped became front and center and blamed for whatever crime and blight occurred in neighboring Communities. In short, they became scapegoats. I didn't make a very good case to champion redevelopment but I did that on purpose. 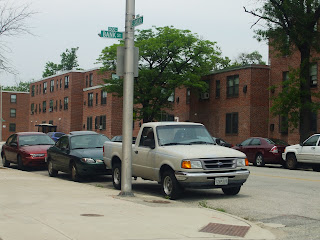 A big reason I champion redevelopment is because I believe it doesn't offer enough opportunities for those who wish to advance. I consider public housing to be perfect seniors, those who are disabled, and those in transition. When I say those in transition I mean people in College, Workforce training, or are just starting out. Basically it means you're upwardly mobile and have clean criminal records. Larger developments like Douglas and Perkins do not meet the Criteria of what I want public housing to become. 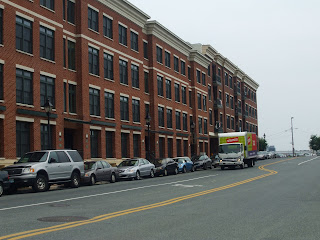 Now comes the fun part; what I want the redeveloped product for each community to be. We'll start with Douglas after all, this post is named from Douglas to Perkins. Douglas Homes like is located just south of Hopkins and north of two former high rises developments that have since been redeveloped with town homes. Given the high density of the Hopkins complex I foresee Douglas Homes being replaced with something of a density higher from the new town homes to its south.  I envision a mixed income community with Apartments and Condos 4-5 stories (pictured above)with a parking garage that the buildings would be wrapped around. One smaller building will be dedicated solely to Seniors and will be public housing. A few "Family" public housing units will be sprinkled throughout the remaining buildings. 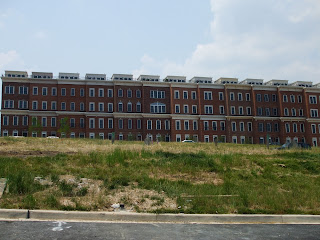 Perkins Homes is a different story. Located in southeast Baltimore surrounded by tidy row house Communities such as Fells Point, Upper Fells Point, Little Italy, and Historic Jonestown as well as being just a few very short blocks from the Harbor. High density Apartments would be very out of place here. Town Homes (pictured above)would suit the site of Perkins Homes much better. Given that parking is nearly impossible to come by in southeast Baltimore, all of the Town Homes will be equipped with garages. The Market Rate Town Homes will feature two car garages while the affordable ones will have a one car garage. Market Rate Town Homes will be four stories high while affordable ones will be "two over two stacked town homes" and will be sprinkled throughout the development. 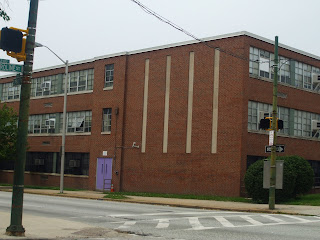 In addition to Perkins Homes, this redevelopment plan includes City Springs Elementary and the defunct Lombard Middle. Lombard Middle currently houses at least one "Smaller Learning Community." With City Schools as a whole being under enrolled I always jump at the opportunity to reduce the amount of seats and make the existing Schools run efficiently. I would tear down School Buildings down and build a brand new School where City Springs now stands to house City Springs as well whatever Smaller Learning Community (s) are being housed at Lombard Middle. Where the Old Lombard Middle now is, I would build a public housing Senior Building to provide housing for displaced Perkins Homes Residents that's filled with amenities from independent living to nursing home and everything in between. 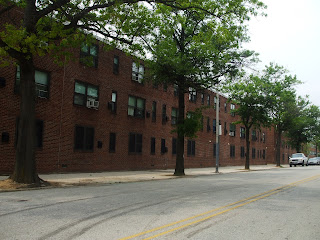 As I end my series on East Baltimore I focused on two public housing developments that are the same but whose redeveloped successors are completely different. It proves that it's further than just a few blocks from Douglas to Perkins. 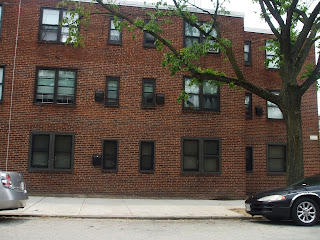 Thanks for the great article!