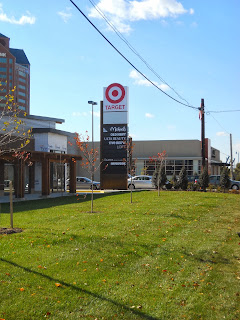 Yesterday marked a milestone in the long stalled project known as Canton Crossing. The economy is mostly to blame for its slow progress as have the financial backings of developer Ed Hale, but yesterday, most of the shops to opened and Canton Crossing will bring lots of new chains not only to Canton but it will be their first location in the entire City of Baltimore. New stores include Target, DSW Shoe Whare House, Loft, Five Below, Old Navy, Michael's Arts & Crafts, The Vitamin Shoppe, Red Robin, and Farmsetad Grill plus many smaller shops. In 2014 a Harris Teeter will open. 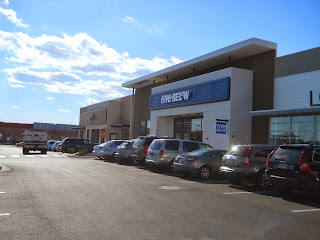 Large development projects similar to Canton Crossing have stalled but this proves that waiting it out and the right location can produce results at long last. 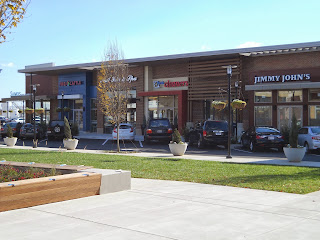 When I look at Canton Crossing and what it means for the City I can't help but think that it has taken the place of Downtown's Westside as Baltimore's premier Shopping District. Granted it's been decades that the Westside has held this title but City Officials are still hoping to revive this diamond in the rough and bring the same type of Retail that's opened just yesterday in Canton Crossing. 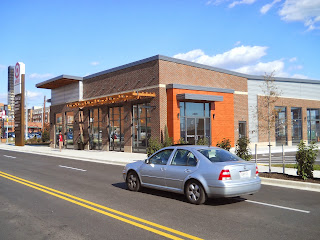 The Westside of Downtown or at least the Super Block portion of it is another one of those big development project that has failed to get off the ground. Canton Crossing of course can relate given that its progress has been anything but smooth sailing. Given the fact that Canton Crossing is finally coming to fruition, large projects like it such as the Super Block, may be injected with new hope. Lets take a look around the City to see other large projects that are currently stalled, 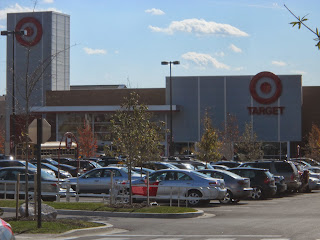 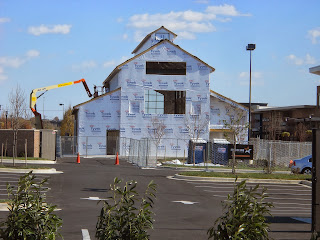 Next we have Westport, this was another topic I dedicated an entire post to. Given how much the odds were stacked against Ed Hale and Canton Crossiing I believe Patrick Turner, who is still having similar problems with his Westport Waterfront, is beginning to see light at the end of the tunnel with Canton Crossing opening. 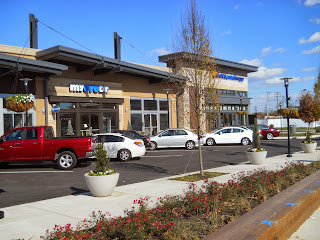 Finally we have State Center. The State is too broke to pursue this and the Market is too over saturated with new development at the moment. Like the other large developments mentioned here I think the State can see that their plans will come to fruition if they hold on tight. Just look at Canton Crossing. And yes I do still believe the State should sell this property to a private developer as is evidenced on a recent post I did. 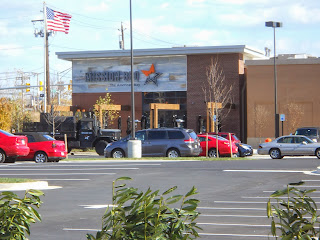 Next I'm going to discuss a large project that is beginning to see the light of day just like Canton Crossing is today; Uplands. Uplands was once a boarded up failed public housing development that after years of lawsuits and recessions is beginning to breathe new life into the Edmondson Avenue corridor. Uplands is a purely Residential development which Canton Crossing is not but the similarities in their epic struggle make up for their differences. 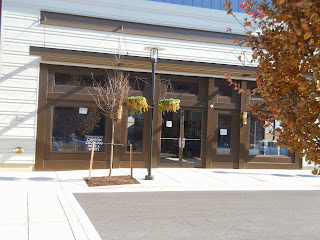 Big development in Baltimore had been at a stand still for the past several years but the opening of the shops at Canton Crossing proves that if you wait long enough, your project will eventually gain momentum and get built. 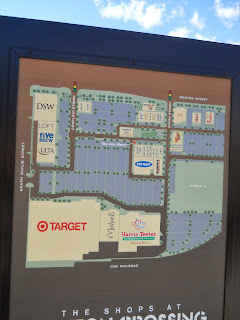