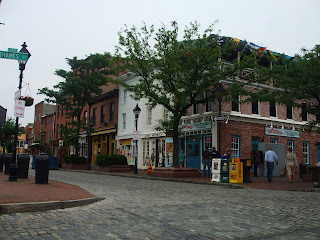 Fells Point has had to fight to keep its quaint historic village-like feel. Those who remember that fight will say that it was well worth preserving the Neighborhood. Those who don't remember the fight will take a look at the Neighborhood and say that it was well worth the fight as well. So why is history repeating itself? Well it isn't exactly repeating itself, different forces are looking to destroy Fells Point as we know it but the outcome must be the same; Fells Point must retain its historic character. 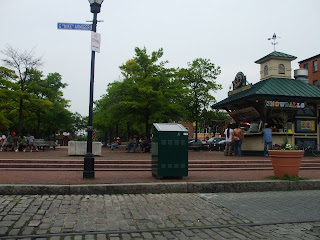 Fells Point is one of the first settlements in what would become Baltimore City. This is not surprising due to the fact that it's on the water with numerous wharves and piers to create a hub for manufacturing and importing/exporting. Further inland, quaint row homes began popping up to house said workers. Thus began the tradition now known as Baltimore City. Given that brief history lesson, it's easy to see why preserving housing stock and water views is crucial for Fells Point. 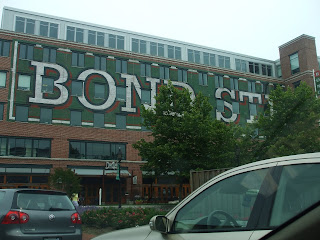 As industrial Fells Point experienced the decline that manufacturing based economies across the Country were faced with in the mid 20th Century, the Neighborhood began to decline. The once bustling wharves and piers had become empty with businesses either going under or relocating overseas with a workforce a fraction of the size than that of their heyday. As the job market dried in Fells Point, Residents began to flee the Community. 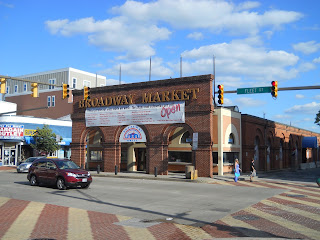 As industry was declining in Fells Point, Baltimore, and America as a whole, a new force to be reckoned with was changing the American Landscape as we know it; Interstates. Fells Point and Baltimore were no different. I-70 was supposed to run through the heart of West Baltimore although it never connected, construction began and 2 miles worth of row homes demolished in the process leaving the Neighborhood in shambles. The original alignment of I-95 was supposed to take out the Otterbein Neighborhood but was since realigned to where it is now. Of course Families in the Otterbein were uprooted anyway and some demolition already occurred before this decision was made but Otterbein rebounded and became one of Baltimore's most sought after Neighborhoods. 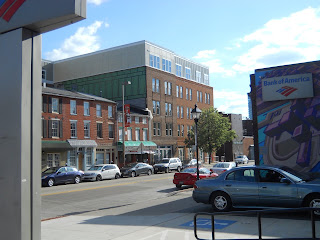 Fells Point was also a Community whose future was bleak due to interstate construction. I-83 was supposed to continue past Fayette St. and make a sharp eastward turn Aliceanna St. and eventually Boston St. in Canton before crossing the Harbor and then meeting its terminus at I-95. This would have had a devastating effect on the already fragile Fells Point Community that was plagued with vacant homes and an abandoned waterfront. Fortunately, Community Activists saw the beauty in Fells Point and its waterfront. Luckily, activists were successful in stopping I-83 from destroying Fells Point. 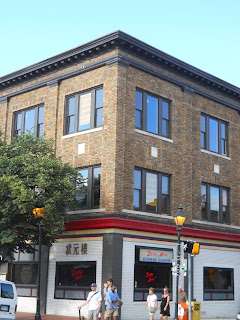 When I-83 was no longer a threat, Fells Point began a rebirth. People seeking City life were drawn into the beauty of the Neighborhood and began buying and rehabbing vacant homes. As Row Homes became more and more scarce, developers looked to the waterfront. Since the waterfront was vacant, it became easy to redevelop it into luxury Apartments, Condos, and Town Homes while Broadway and Thames St. became the Retail Center of the Community. 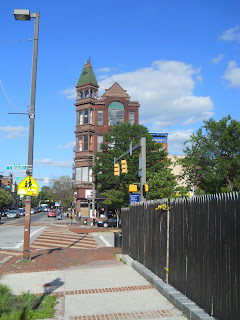 Now that Fells Point has become one of Baltimore's most sought after addresses, more and more people want to call it home. Needless to say that makes the Real Estate Market very tight. Since the Neighborhood is all but built out, large scale development is restricted to neighboring communities like Inner Harbor East and Harbor Point and Canton to a lesser extent. For the most part, Fells Point is meant to be an historic Community of quaint row homes much to the chagrin of developers. 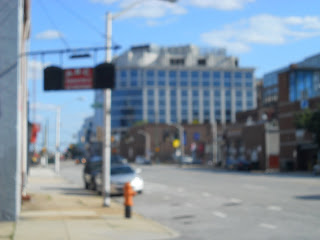 But now, much to chagrin of Residents, Fells Point is another fight for its future. This time the enemy is the City Zoning Code. Every so often the City amends its Zoning Code which allows densities and building heights to change which can then influence redevelopment if there's interest in that area. Given the fact that Fells Point is a sought after address, higher density and building heights could theoretically usher large scale redevelopment in Fells Point. 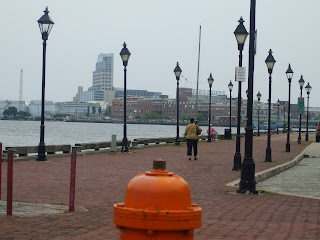 Although Fells Point is nearing build out, the small row homes and the water view offered by their low height are in grave danger. There are proposals to allow parts of Fells Point to be rezoned to allow much taller. buildings to invade the neighborhood. The water view that's so attractive could be walled off by sky scrapers. In addition, developers could buy out current property owners, knock down historic row homes, and build tall glitzy Apartment Buildings. 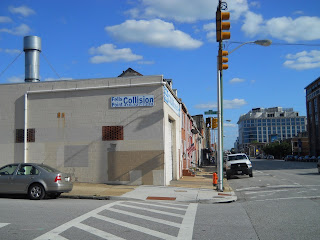 Now didn't we go through this already? Fells Point was saved when Community Activists convinced Planners not to build I-83 through it. Although they were successful in eradicating an elevated highway, saving Fells Point didn't mean saving it from itself. By that I mean having the land value get so high that the very houses that Activists are trying to save are endangered due to the fact that developers want to make money off the land by cramming more and more sky scrapers on it. 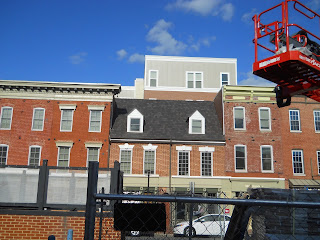 There's only one real solution to this; Keep the Zoning Code as is. It's just that simple. If nothing changes zoning wise, everything that makes Fells Point special has to stay as is. Tall buildings will not be permitted and the narrow quaint row homes of Fells Point will remain as they are. Fells Point already fought and won this battle when I-83 was nixed. There is no reason they should be fighting the same battle twice.
Posted by Spence Lean at 7:53 PM