Baltimore's New East Side: The Next Phase 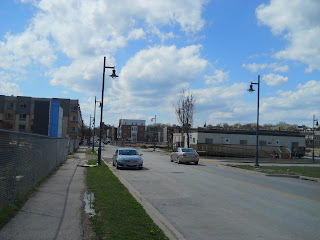 The redevelopment of East Baltimore by Hopkins has been controversial to say the least. Those still living in the distressed Neighborhood thought that re-populating the vacant blocks in its existing state would be better than tearing it all down. Since the intended land use of many of these blocks were not meant to be row homes anymore, redevelopment beat out preservation. 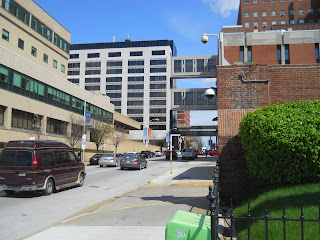 The origins of this redevelopment began with Hopkins' intention to build a Biotech Park north of its Hospital. In order to attract start up firms, Hopkins decided that the surrounding Neighborhood, which was distressed 30% vacant, had to be revitalized to make it a draw for its workers. The City applauded Hopkins efforts and allowed them to move forward with their plan. Block after block of vacant row homes were torn down in favor of mixed use development from Residential, Commercial, Retail, and Medical Uses. All and all, between 1200-1500 new and rehabbed homes would flank the blocks north of Hopkins. 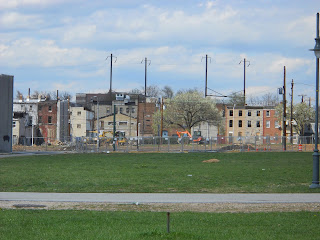 The mid 2000s saw a flurry of demolition and redevelopment. The new East Baltimore was beginning to take shape. In 2008, like all other development in Baltimore and every City in the Country the economy crashing put the brakes on it. A few new Apartment Buildings and a block of new town homes became the only new development that Hopkins had to show for despite all the demolition. Not only that, the large Biotech Park that was to be the cornerstone of the new East Baltimore began needing smaller and smaller amounts of lab space while some companies pulled out all together. 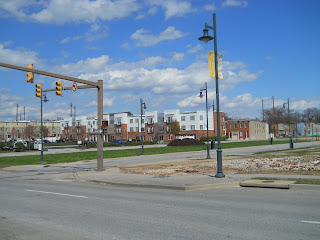 As the 2000s became the 2010s, not much had changed on the development front. The vacant lots remained vacant and the vacant row homes also remained vacant. The vitality of the development was also questioned many times since the project had stalled completely. This was not uncommon because multiple large projects throughout the City had stalled during this time and their vitality was questioned. In some cases, the vitality is still being questioned and these projects have yet to get off the ground. 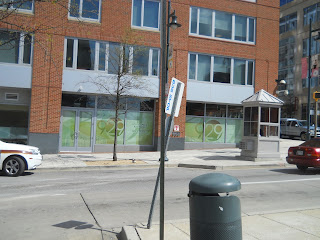 Obviously this sent Hopkins planners back to the drawing board as they had too much invested to see this fail. Some of the land meant to house Biotech Offices and Labs were developed as Apartments meant to lure in Med Students studying at the Hospital. A Walgreens has opened on the ground floor of this building. In addition, a 15 story mixed use building housing a Marriott Residence Inn and ground floor Retail space is under construction next door to the new Apartments. That same block is currently housing "Eager Park" which provides a park like oasis in the middle of the Hopkins Complex. 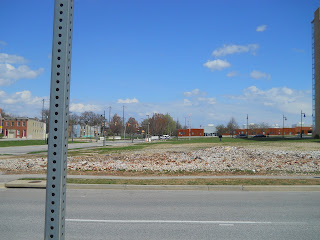 On the Residential side of things, the vacant blocks of Eager St. which have come to represent the stalled nature of the project, are finally seeing sign of life as well. Mostly, they will be developed as mixed income town homes but the swaths if land closer to the Hospital will be Apartments. Perhaps the crown & jewel of this new Neighborhood has been the Hopkins-Henderson Elementary School. Given how scarce School Construction has been in the City, it's nice to see that Hopkins has stepped in to help build a brand new School for the City and replace the aging Elmer A. Henderson Elementary which had been this area's local School. 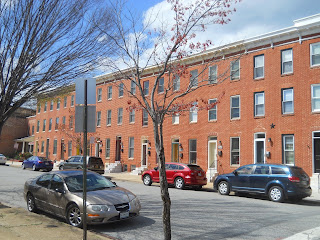 Although new construction has been picking up, I would like to point out what I consider to be the more remarkable transformation; Rehabs. To keep the traditional row house nature of East Baltimore alive in the midst of redevelopment, Hopkins has allowed blocks of row homes that are salvageable to be gutted and rehabbed. Rehabbed row homes have quietly been bought up and are being occupied by new owners along Broadway, Chase St., Preston St., McDounogh St., and Gay St. 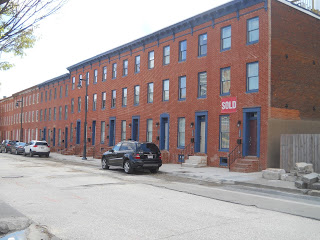 What's even more exciting is that row homes outside of the Hopkins Redevelopment area are getting rehabbed as a result. Broadway north of the area, Preston St. and Caroline St. west of the area and the Milton-Montford area east of the area has been dubbed "Station East." These outside rehab blocks show that private investment and ownership is on the rise and that the Hopkins Redevelopment is creating a "Tentacle Effect" reaching beyond its boundaries. 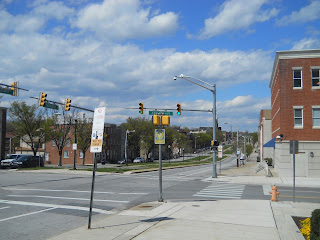 Since East Baltimore is considered a "Food Desert", this next project is all the more exciting. At the abandoned Eastern Pumping Station just north of the Hopkins Redevelopment area, will be a Food Hub. This will create jobs for the area as well as fresh food. In addition to the jobs and job training offered, much of this currently vacant land will become a much needed urban farm. 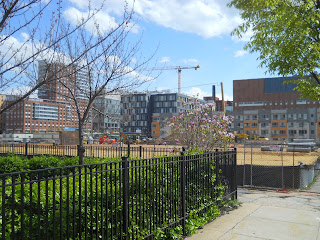 Although it may have been long stalled, East Baltimore has entered its next phase. Although there are many good things on the book for East Baltimore, this surely isn't the last phase of large scale redevelopment and reinvestment to create Baltimore's New East Side. 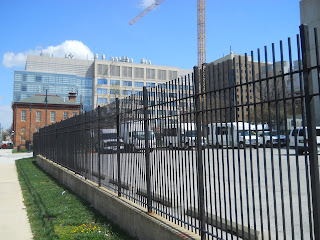