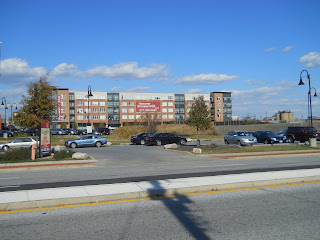 This will be my last post that was inspired by my trip to Boston and surrounding areas. There are many instances in which adaptive reuse has served Boston and surrounding areas well. One such instance involves the right of a way of a discontinued railroad. Many times those who own these tracks "bank" them in case that pathway is reignited for something similar like Light Rail or a Subway. Other times they're left to rot and they become a blight and eyesore on the Community surrounding them. In this instance, Somerville, MA (a suburb of Boston) decided to put the right of way for the long discontinued Somerville Freight Spur to a use that serves the Community and makes it an asset rather than a blight. Their solution was the Somerville Community Path which runs from Davis Square to Alewife. This path is well lit, well landscaped, and always busy with runners, walkers, hikers, and bikers day or night. Although there are many great trails and paths throughout Baltimore, I decided to add another one in abandoned railroad lines similar to the Somerville Community Path. 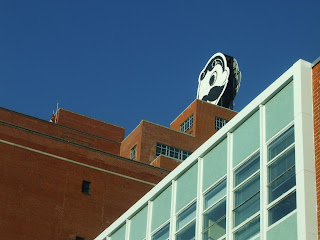 One thing Baltimore has a surplus of is abandoned Railroad tracks and rights of way. As a result a similar Community Path could be constructed practically anywhere in the City. However, one area and one particular right of way (some tracks have been taken out already) is located in Southeast Baltimore. More specifically, it runs from Canton Crossing through the Neighborhoods, of Canton, Brewers Hill, Highlandtown, Greektown, and Kresson. 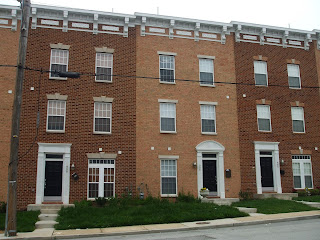 This particular right of way is unique in that it doesn't have grade changes yet it barely crosses streets with vehicular traffic. It simply runs behind these rapidly growing Neighborhoods around land that was once industrial but is being redeveloped as Residential. This may have been part of the alignment for the Red Line had it not been killed by Larry. My personal Red Line proposal was and is very different from the MTA's so this Community Path can be constructed and my Red Line can built without conflict. In fact, the Path can help provide a link between stops. 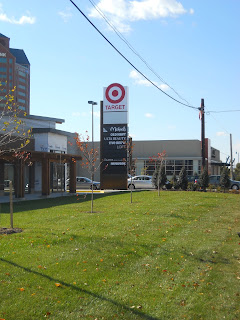 The path that the Southeast Community Path will take starts at Canton Crossing just opposite Hanover at Brewer's Hill Apartments on Boston St. It will then turn north crossing under O'Donnell St. and Haven St.at which point it will turn northeast and cross over Eastern Avenue. The path will end at Lombard St. just opposite the Oldham Crossing Community under construction. Should the East Baltimore MARC Station be built, the Path will be extended northward to end at the intersection of Kresson St. and Pulaski Highway. 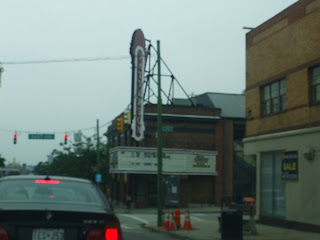 Although I don't think Baltimore should become a clone of Boston, I have seen some things that Boston got right that Baltimore should take notes from including The Big Dig and in this post, the Somerville Community Path.
Posted by Spence Lean at 9:23 PM