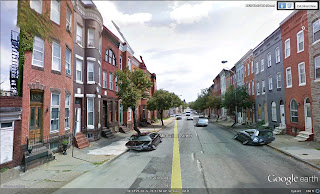 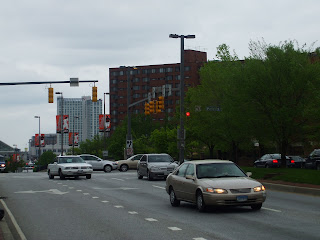 It's not uncommon for Retail and Residential projects to work hand and hand in achieving a common goal. I believe that the homesteading in Otterbein (pictured above) played a key role in the come back of the Inner Harbor. Sure, Harbor Place could have been successful as a Tourist and Retail Destination on its own but in terms of making it a hot spot for Residential Growth, Otterbein was ground zero which created a ripple effect from Federal Hill to Station North to Canton to Pigtown. With Upton, I'd like to think of Pennsylvania Avenue as Harbor Place and Heritage Crossing as Otterbein. Not that I want Upton to turn into an exclusive over-priced yuppie area, but the model used for the Harbor produced one thing that Upton needs and doesn't have; Population Growth. 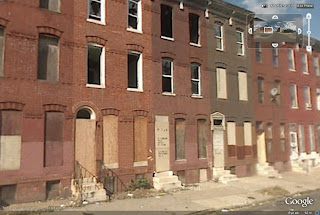 Just like with any Neighborhood Upton has its own unique set of assets and challenges. So when deciding on how to move forward with a development oriented Master Plan for Upton, one must look at both a come up with a solution that highlights the assets and does its best to eradicate the problem areas. With that in mind, I have created three zones (excluding Pennsylvania Avenue) for Upton. First there's the "Preservation Zone" then there's the "Reinvestment/ Cluster Redevelopment Zone" and finally "The Major Redevelopment Zone. 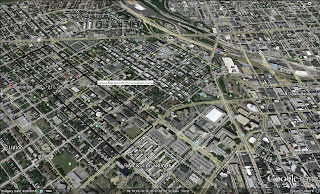 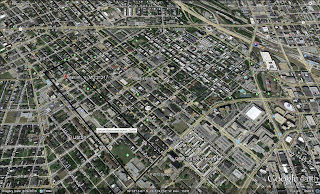 Next we have the Reinvestment/Cluster Redevelopment Zone. This, like the Preservation Zone will focus on rehabbing existing homes. However, if a row of homes is too far gone to rehab demolition would not be the end of the world. This zone is located between Dwuid Hill Avenue ad Pennsylvania Avenue. The goal here is to minimize relocation of existing Residents. This area has more vacants than Marble Hill but isn't the worst in Upton. Even if every home still standing in the Reinvestment/Cluster Redevelopment Zone is rehabbed and saved, there will be new construction here. There are vacant lots in this area from previous demolitions which will make room for new construction. New construction will look exactly like the existing Row Homes in the area. In fact, some of the new construction might be attached to existing homes to create a truly streamlined look between old and new. 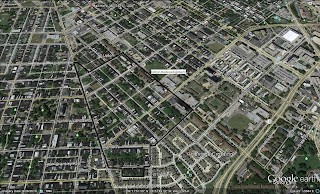 The last zone of Upton is the worst. So it's only fitting that it be called the Major Redevelopment Zone. Here is where the homes are mostly vacated there has also been lots of demolition already making the area a ghost town. On the flip side this is the greatest opportunity to give Upton a face lift with a huge area of new housing and new housing types. It's also adjacent to Heritage Crossing, a proven success. The redevelopment area will stretch from Pennsylvania Avenue to Fremont Avenue to Harlem Avenue to Mosher St. Town Homes and Apartments will be built like those found in Boradway Overlook, Orchard Ridge and Albemarle Square. These will be majority Home Ownership some of which will offer Home Ownership subsidies. The southern part of the 800 block of Edmondson Avenue will be redeveloped as a low to mid rise Public Housing Senior Building not unlike those recently built in Harlem Park. 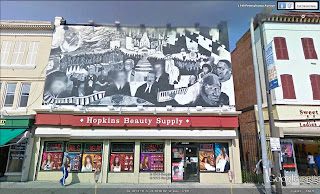 There are those who think Old West Baltimore is too far gone to see redevelopment and population growth. I disagree with those people because I feel a synergy that's being created from the State Center Redevelopment and Heritage Crossing that will allow Upton to grow from the bottom up.
Posted by Spence Lean at 8:24 PM

Can you update this blog on Marble Hill?