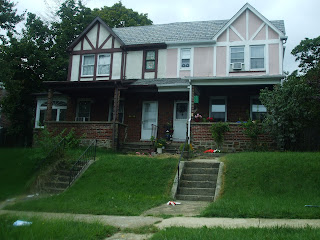 In the City's northeastern corner, one will find Walther Avenue. Walther Avenue holds significance as one of Baltimore's first roads designed as a "grand suburban Boulevard" with wide expansive lanes and a large median dividing each direction of traffic. When annexed by the City in 1918 Walther Avenue was just beginning to be developed and when it reached build out it didn't and doesn't look any different from the Suburbs in the County everybody was moving to. Today Walther Avenue, though located in the City is all suburb. The road itself and the infrastructure is showing its age and this post will be dedicated to making Walther Avenue streetscape as beautiful and eye popping as the show case homes located on it. 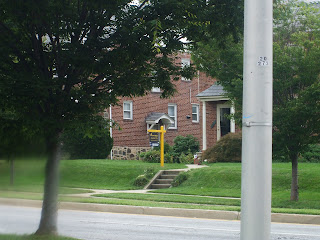 There has been a nationwide trend of repopulating suburbs that are on the edge of a City. Walther Avenue is no different. Most of the Neighborhoods locating along it have experienced population growth in the past decade. Considering that Baltimore as a whole lost between 25,000 and 30,000 Residents in that same time period for Walther Aveune to post population growth shows that area is sought after. The though behind areas like Walther Avenue gaining population is due to the fact that they're very close to highways and Downtown but the Neighborhood itself is very green, quiet, and expansive. 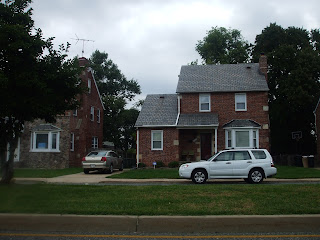 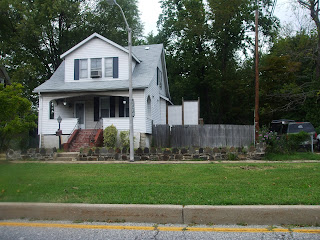 As Neighborhoods age, home owners take great care to keep their homes in great shape both inside and out, if they don't the Neighborhood becomes blighted and that leads to a slew of problems that over time become harder and harder to solve. In addition
to private home owners having to step up to the plate, so does the City. In a City that's as financially strapped as Baltimore that's easier said than done. This is where Walther Avenue could use some help. The road itself needs to be repaved and striped, the sidewalks need to be retrofitted, the median could use more flowers and shruberry,  there aren't enough street lights and the traffic signals look old and weathered. 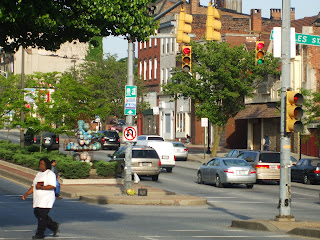 In recent years wider roads like Walther Avenue have gotten streetscape enhancements or money has been budgeted for roads to get them in the future. These include roads include but aren't limited to; Charles St. in Mount Vernon and Station North (pictured above), Northern Parkway between Reisterstown Road and Roland Avenue, Reisterstown Road and Park Heights Avenue above Northern Parkway and Harford Road in the Lauraville and Hamilton Commercial Districts (pictured below). It should be noted that Harford Road is the Commercial Drag that serves Walther Avenue as well. 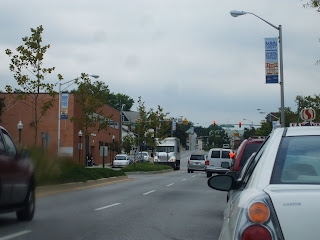 Walther Avenue is a long road so doing the streetscape enhancements all at once would be a bit daunting. That's why I have decided to break up the work into four phases the first of which will stretch from Harford Road to Moravia Road. This will go through the historic Neighborhoods of Arcadia and Beverly Hills. The traffic signals at Parkside Drive and Moravia Road will be replaced with  moder ones that feature "count down" pedestrian signals and brick crosswalks. Once above Herring Run Park Walther Avenue should be narrowed down to one lane in each direction with the extra lane reserved for on street parking and a dedicated bike lane. In every phase, the street lights will be replaced with newer modern looking ones. 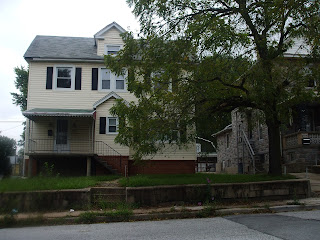 The second phase goes through the Neighborhoods of Moravia Walther and Waltherson. Waltherson percentage wise was one of the City's largest gainers in population outside of Downtown. The boundaries of Phase II will be from Moravia Road to Frankford Avenue. Between Echodale and Frankford Avenues, Walther Avenue widens to three lanes. This will be narrowed down to two lanes as part of the goal to make room for more on street parking and dedicated bike lanes. The traffic signals at Echodale Avenue and Frankford Avenues will be replaced in this face. The median will also be enhanced with additional flowers and shruberry. This may be a good place to encourage Residents to plant vegetable gardens of their own. 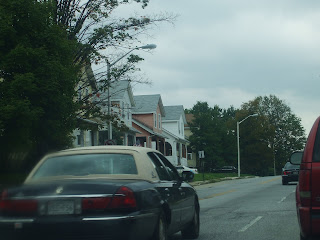 The third phase runs between Frankford and Glenmore Avenues in the Glenham Blehar Neighborhood which also reported a loarge population gain. This part of Walther Avenue is where the pavement is in the worst shape and in come parts, the median has no landscaping whatsoever. Obviously this will be remedied by the streetscape enhancement project. The traffic signals at Hamilton, White, and Glenmore Avenues will be replaced in this phase. Also given that this section of Walther Avenue has Glenmount Elementary/Middle and Brudick Park, care should be taken to reduce speed given the high pedestrian activity here. Traffic calming such as "chokers" at crosswalks can help in Drivers reducing speed. 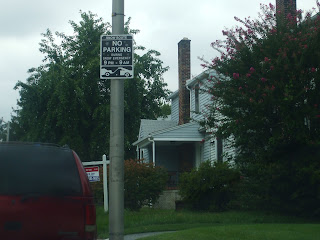 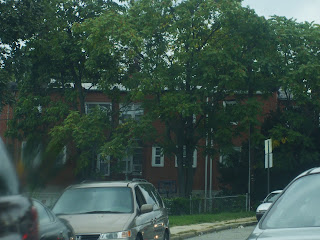 In the far northeastern corner of Baltimore lies Walther Avenue, a grand suburban boulevard with beautifully maintained homes and lawns. If given a streetscape enhancements, Walther Avenue will truly be eye popping. 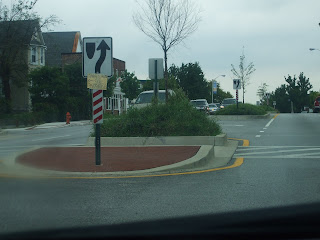