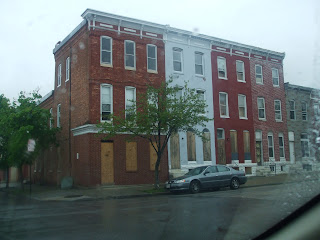 I'm very aware that my series on East Baltimore between Downtown and Hopkins has contained me redeveloping everything in almost every post so I thought I'd make it clear that there are areas of homesteading in East Baltimore that I support whole heartily. The area (s) I'm referring to is known as CARE. Up until the 2010 census CARE was thought of part of as Middle East that runs below Monument St., east of Wolfe St., west of Patterson Park Avenue, and above Fayette St. This Neighborhood will prove to be the epicenter of homesteading and gentrification through two perfect storms. 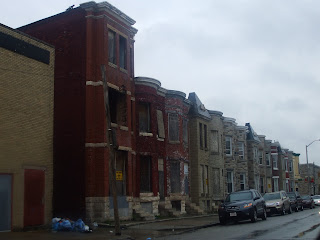 Although Middle East has been in shambles since the dawn of cocaine, CARE was relatively well populated and still contained neatly packed row homes at least it appeared that way when comparing it to what lay above Monument St. In addition, McElderry Park to the east was crumbling before our very eyes. 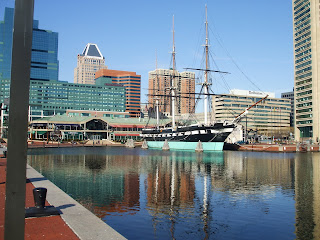 Although the Harbor brought gentrification in the 1980s, CARE was not the least but effected. In fact some may say that more well to do Residents saw how nice the Harbor looked and how their Neighborhood failed in comparison and they upped and left.  It wasn't until the 1990s and the 2000s that Neighborhoods in Southeast Baltimore began feeling the gentrification effect. Row Homes in Neighborhoods such as Fells Point, Upper Fells Point, Canton, Federal Hill, South Baltimore, and Little Italy had row homes that were once vacant lovingly restored to their former splendor. Eventually, rehabbing existing row homes became scares because hardly any were vacant. It was then that vacated industrial areas were redeveloped as mixed use Condos, Retail, and Offices in the aforementioned Neighborhoods. 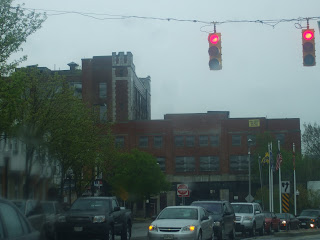 As the 2000s wore on so did the expansion of the gentrification caused by the Harbor. Neighborhoods further away from the Harbor such as Locust Point, Butchers Hill, Washington Hill, Patterson Park, and Brewers Hill became to experience the same cycle of rehabbing row homes and redeveloping vacant parcels of land. As the gentrification of Brewer's Hill was nearing completion, so was the inevitability that it would cross Fayette St. into CARE. Sadly this did not happen as the economy crashed in no small part due to the housing bubble bursting. Now that it's 2013 and the Housing Market is showing signs of improvement the perfect storm is brewing over CARE. 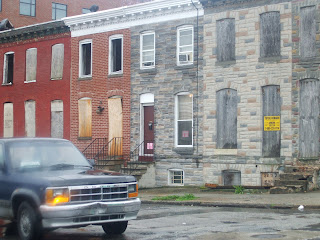 Did I just tell the whole story about CARE and surrounding areas? No I did not so sit tight for the rest. As a result of several HOPE VI redevelopment projects of public housing high rises, it became much less taboo to entertain the idea of living near Hopkins even if that's where you work. Given that Hopkins is the City's largest employer, it stands to reason that surrounding Residential Communities be attractive and walk-able. 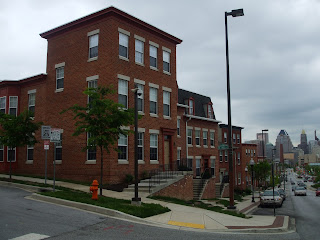 New town home communities (pictured above) that replaced public housing high rises was just the tip of the iceberg. In order for Hopkins to be as desirable a Residential Address as it is a Business Address somebody with deep pockets wasn't going to have to tap into Middle East in a big way. And that somebody was the Hospital itself. Its ever expanding campus decided to set its sights in to the Biotech Field by opening a Bio Sciences part just north of the Hospital in Middle East. The Biotech Park was just a little piece of the puzzle. 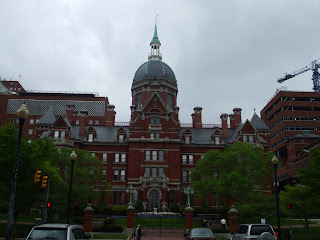 The majority of what was now being branded as "Baltimore's New East Side" would be Residential. It will include 1600 new and rehabbed mixed income homes, a MARC Station, a Community School, and Neighborhood Retail hopefully attracting a Full Service Grocer. With Hopkins becoming a place that people actually want to live near not just work at, not only would housing be snatched up quickly but so would existing vacant housing that's still in relatively good shape. It appears that another perfect storm is brewing over CARE. 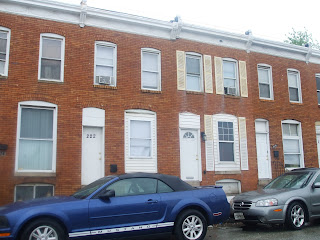 When these two perfect storms converge on CARE the result will be great. Row after row of houses will be restored to look as fresh as the day they were built, the wide sidewalks, will make way for gardens and trees, the wide one way streets will play host to slanted sideways parking (which I believe add a touch of class), and it will be done without tearing down and rebuilding homes. New homes will be built but that will be on land that's already vacant. 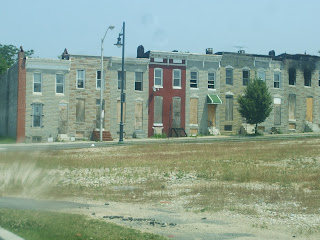 With the Harbor and Hopkins being such a driving force with development in Baltimore eventually the synergy created by each was bound to overlap. The point at which they converge is CARE and wouldn't you know it, the housing stock isn't all that bad. This is truly two perfect storms. 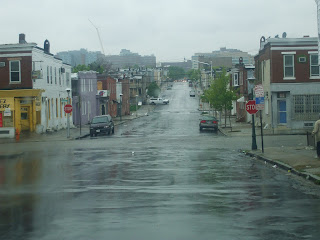 The Jefferson square apartments at Washington Hill is a step in the right direction. 300 market rate apartments at the corner of fayette and washington. The area between fells and hopkins is changing fast.