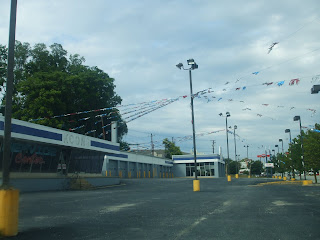 Cmon down Blair Reud, business ain't slow but I still need the dough. That's a direct quote from Scotty Donahoo of Foreign Motors Fame. He's become a local Celebrity with his multiple Car Dealerships and ultra exaggerated Baltimore Accent. These days Scotty, like pretty much all Car Dealers located along Belair Road have moved to the suburbs or have closed up shop completely. Obviously, this has been a big blow for the aesthetics and the future of other Businnesses along Belair Road. In an urban environment like Baltimore Car Dealers take up precious acres and rob the City of the Density that defines it as an urban area. I think I've made it pretty clear that I don't want to attract additional dealerships to fill the vacant voids left here so I say redevelop Belair Road. 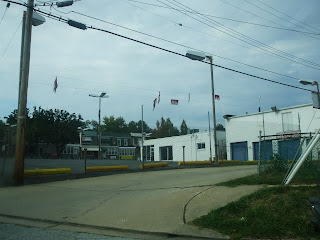 Long before the days of Scotty Donahoo, Belair Road was known to be the place to by a car in Baltimore. Northeast Baltimore as a whole was built in a suburban automobile oriented style and when Car Ownership became something obtainable for the Middle Class, Belair Road was developed not just for the diving of Cars but for the purchasing of them. 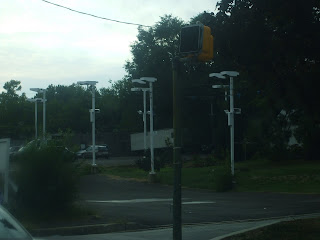 As the demand for cars grew so did the size of the dealerships. Block after block of Belair Road was bulldozed to allow for the expansion or the opening of new Car Dealerships. The flight to the Suburbs at first allowed Belair Road to flourish as one car Families bought a second one. It wasn't until later in the 20th Century that the suburbs caught up and began opening in there as well as other parts of the City. This slowed business along Belair Road but it didn't kill it. Belair Road just wasn't "the" place to buy cars, it was just "a" place to buy them. 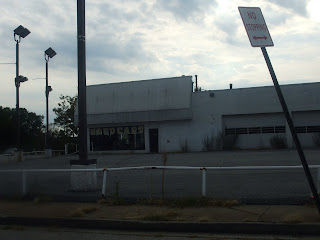 The 1980s and 90s brought demographic changes to the Belair Road. Instead of being a Middle Class White Area it slowly became a Middle Class Black Area. Since I've accused Retail in general of racism several times (and caught hell for it) it won't surprise you that my description of Belair Road during this time was exhibiting "racist retail" or "commercial blockbusting." Retailers thought when Blacks arrive it's time to move out or sell cheaper merchandise regardless of their income. This was across the board on Belair Road not just Car Dealerships. Car Dealerships began only selling used cars and were geared toward "2nd Chance Buyers" or "Buyers with no Credit." Why? because the White population was depleting, little did retailers know or care that the Average Median Income of the area didn't warrant this change. 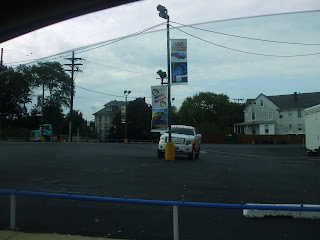 It wasn't until the mid 2000s that vacancies began popping up here and there. The bomb dropped in 2008 when the economy fell harder than it has since the Great Depression. Car Dealers had to cut back on expenses so that meant "trimming the fat" by closing down their least profitable locations and consolidating their land holdings. Since Belair Road was in the City its dealers couldn't have left faster. Now here we are just a stone's throw away from 2011 and this is what the Car Dealers have left behind. A vacant somewhat eerie reminder of what was and what probably will never be again. 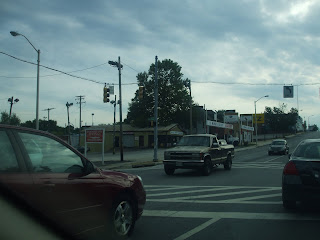 Now that I've succeeded in depressing you, hows about I cheer you up? I still consider Belair Road to be a desirable location in the City. Despite a spike Northeast Baltimore's Crime Rate taking a spike in 2006 and 2007, it's still very safe and most of the crimes appeared to be committed by outsiders. Now I mentioned earlier in this post that as the Auto Industry grew, block after block of Belair Road was demolished to meet the needs of the Dealerships. Now it's Belair Road became an Urban Village with high density Housing, Retail, and Offices. 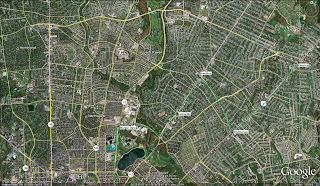 Why High Density? Well, I'd like to see some Rail Transit along Belair Road. The Green Line in the Baltimore Regional Rail Plan appears to have bypassed the Northeastern section of the City with a very "low rider catch" route along Perring Parkway on its way to White Marsh. Morgan State Univeristy/Northwood Plaza was the only "high rider catch" stop. Now how can one justify building Rail Transit along a such a sparse route let alone Heavy Rail? (The Green Line has to be Heavy Rail because it's an extension of the Mtero Line) The answer is you can't justify it. So is this image of a high density TOD Village just a dream for Belar Road and Notheast Baltimore as a whole? Not on my watch it isn't. In an age of City Planners and the MTA feeding us "why not" excuses I come up with ways not only explaining not only "why" it can happen but "how" it can happen. Just picture the older buildings as existing Bleair Road Buildings and the new Condos being built on old Car Dealership lots. 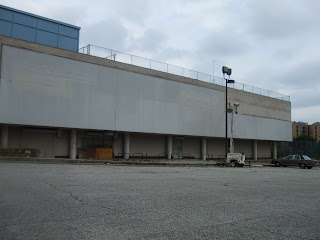 I reworked the Green Line so after Northwood Plaza (pictured above and poised for redevelopment) and Morgan State it can go through Lauraville and Hamilton with better rider "catch" areas to the eastern end of Waltherson on Belair Road and Overlea at the City/County Line. A redeveloped Belair Road will justify funding the Green Line with high rider "catch" areas with redeveloped Car Lots. Perhaps the Car Lots are just the beginning, maybe the more upscale Retail will entice existing Retail that is substandard in my opinion to redevelop and bring yet more density to Northeast Baltimore making it all the more Rail Transit Friendly.